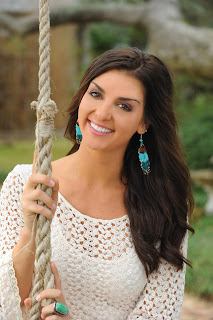 When you’re on a show called Sweet Home Alabama, and you’re in the South trying to win the heart of a Southern belle, it’s prooooobably not a good idea to spend your time mouthing off about how much you hate the South, how you think people from the South are rednecks and hillbillies, and how you can’t find a good place to get your eyebrows waxed.

OK, I could maybe deal with that last one – but from what we saw on Sweet Home Alabama this week, “Big Shaun” is not only a Grade A jerk but a jerk who’s 100% not there to actually date Paige. Now, I’m pretty sure anyone watching the show from the beginning saw this development from a mile away, so I wasn’t surprised when the previews for next week showed Shaun confessing that he’s about to dump Paige. But I’m really curious to find out exactly how all that goes down. But until then, let’s talk about Friday night’s episode. 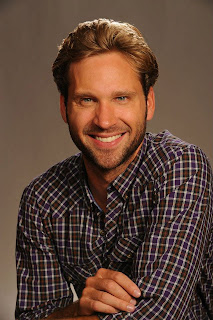 The first date of the week went to Danny, the NASCAR racer. He’s a handsome dude, and considering his career and Paige’s past experience with NASCAR, I thought they’d hit it off a lot more than they did. In fact, I actually felt pretty bad for poor Danny.

At first, everything seemed like it was going fine. The two went go-kart racing, and even though Paige crashed her car they were laughing a lot and seemed to be having a great time. Then they had a few glasses of wine in the bed of a pickup truck, which is a pretty classic SWA date. Danny was moving slow, though – really slow. Now, I felt like Danny seemed like a sweet, respectful guy and I was really hoping he’d manage to let Paige know that he liked her. But the message never seemed to get across, and the date ended with Paige wondering if he was playing hard to get or just not that into her. She forgot the third option – shy!

Poor Danny. It seemed quite obvious that he’d be going home, and in truth it seemed like Danny probably isn’t cut out for reality TV dating shows. Which, you know, is a perfectly acceptable thing to not be cut out for. 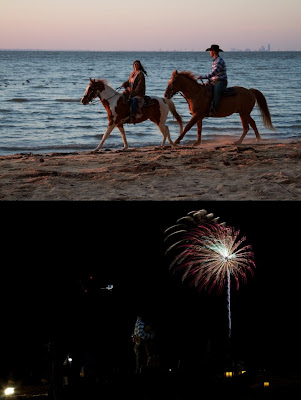 The next date went to another country guy, Bubba the cowboy. Bubba has stood out as a favorite for a lot of other viewers, and I’m not sure why he hasn’t for me. It might be the name – Bubba. I can’t imagine calling someone Bubba for the rest of my life. But maybe that’s because I’m from the city and haven’t ever met a guy with that nickname. (It is a nickname, right? God, I hope it’s a nickname.)

Bubba had the luxury of planning his own date with Paige, and I’d like a little more information on this. Did he just lay out a plan and the producers made it happen? Was there a budget or any restrictions? Those fireworks seemed expensive!

First Bubba and Paige rode horses along the beach, which seems like a pretty romantic date. I mean, ponies?! Everyone likes ponies! Then they sat on the beach by the campfire, and you could tell that they really had a connection. I’m still rooting for Jeremiah, but Bubba is a clear frontrunner. When Bubba revealed Paige’s surprise – fireworks! – she was excited…and then cried. It turns out that she was fired from NASCAR the week of July 4th (and had to deal with the world seeing naked photos of her) and it reminded her of that difficult time. It may sound awful, but Paige having a breakdown on her date with Bubba kind of gave him an edge. He’s the guy that comforted her and didn’t care that she got mascara on her shirt, and they connected even more. The other guys better up their games! 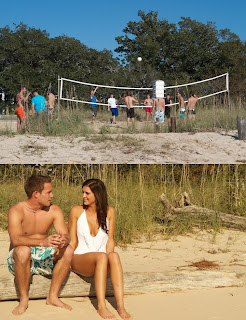 The next day Paige brought all the guys down to the beach for a get together. And Paige in that white fringed swimsuit? Well, that’s how you can convince your boyfriend/husband/male roommate to watch this show with you. She looked smokin’ – seriously, I’m pretty sure I saw at least four of those guys drool.

Everyone hung out playing volleyball or throwing the football around, and Paige got to spend a little alone time with a few of the guys. No one really stood out, and the most drama came when Landon pulled Paige aside so he could show her photos of his daughter. Since he’d already gotten time with Paige before and some other guys hadn’t, there was a lot of bickering over what’s fair. Sigh. Sometimes these guys act like such girls.

You Booze, You Lose

More proof that Jeremiah is a standup guy? He took Andy’s liquor away when his drunkenness was beginning to get embarrassing. After all, he’s representing the country guys and they’re all about pride. Unfortunately, it didn’t really seem to work – Andy was still a slobbering mess when it came time for the elimination, and he was still holding a glass of red wine the whole time. 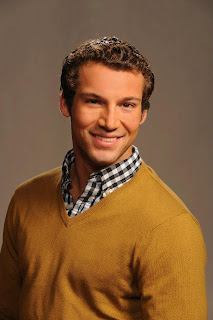 First Paige sent Danny and Ryan home. Neither elimination was a surprise, really. Danny’s date was a dud, and Paige didn’t seem to connect with Ryan when they spoke on the beach. He’s a professional poker player living in Vegas, and that just doesn’t seem to be a lifestyle Paige is interested in having.

Next Paige talked to Andy, and I’m dying to find out how all this really went down. Andy was incoherent as they spoke, and it was obvious he was smashed. Had she been planning on sending him home the whole time, or did she make that decision based on their conversation? Did one of the guys or a producer on the show tip her off about his drinking problem, or did that become obvious to her during the group outings? And what about this tweet? 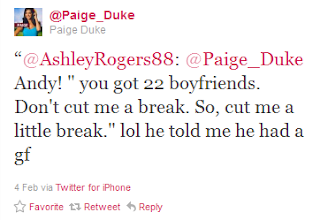 For those of you not familiar with Twitter, someone mentioned to Paige that Andy made a snide comment about her having 22 boyfriends, and Paige responds that Andy told her he had a girlfriend. So when did she find that out??? So much to know.

Next week Paige will take Christian, Jeremy, Shaun and Todd to Miami for a hot city date – they’re the four city guys left who haven’t gotten dates, and it’ll be interesting to see if Paige has chemistry with any of them. Plus, we’ve got the Big Shaun big drama to look forward to. So, what did you guys think of Friday’s episode. Have you all got big crushes on Bubba now, or do you have other favorites? Tell me in the comments!