Featuring 7 points of articulation this mega figure is superbly detailed, perfectly capturing not only the iconic look of Panthro as he appeared in the classic television series, but the essence of Panthro as he proudly wields his nunchucks in defense of his comrades. He comes complete with an alternate open-pose left hand and his signature chained fighting sticks. 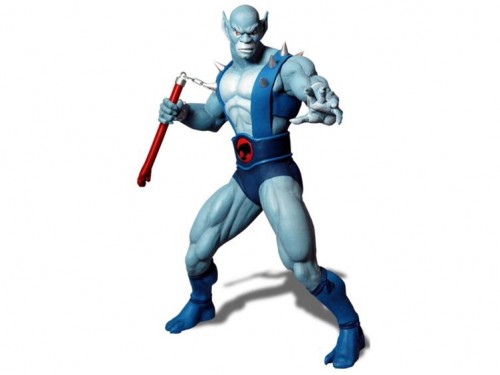