Were Money No Object – The February Previews Edition

Sometimes I find myself being more excited about the new Previews than any of the new comics I bought in a given week.  I guess it’s all about the anticipation of something new and shiny, instead of the realization that it’s often the same old thing…  Comics are making me cynical lately, but there are some things to be excited about in April! 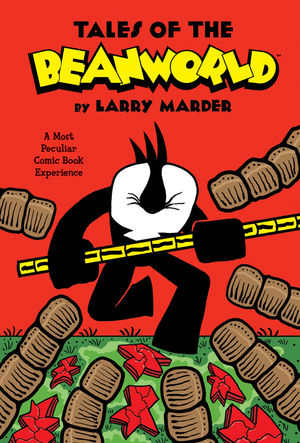 It’s very exciting to see that there is a new Tales of the Beanworld Hardcover coming out (Vol. 3.5), although $15 for 64 pages, most of which I’ve already read, is a little disappointing.  I am a huge Beanworld fan though – Larry Marder’s strange series is hard to describe in such a way as to make it sound anything but weird, so I won’t try.  I will be getting this for the stories in it I’ve never read before, but I’m probably going to complain about the price when I do.

Matt Kindt, who is taking over Frankenstein at DC, is an interesting creator, and is about to blow up.  Dark Horse has a one-shot follow-up to his 3 Story graphic novel, and I’m pretty excited to read it.  3 Story is about a giant man, and the original book explores the difficulty of life when you’re too big to fit in a house, and still growing.  This comic will look at some of the secret missions he took on as a spy.  A giant spy.

I kind of feel bad about this, because I’m usually a big Gail Simone fan, but I’m dropping Batgirl from my pull-list.  It’s just not working for me.  I liked Barbara a lot more in the wheelchair – curing and de-aging her has also removed everything that I found interesting in the character.

The last issue of Men of War 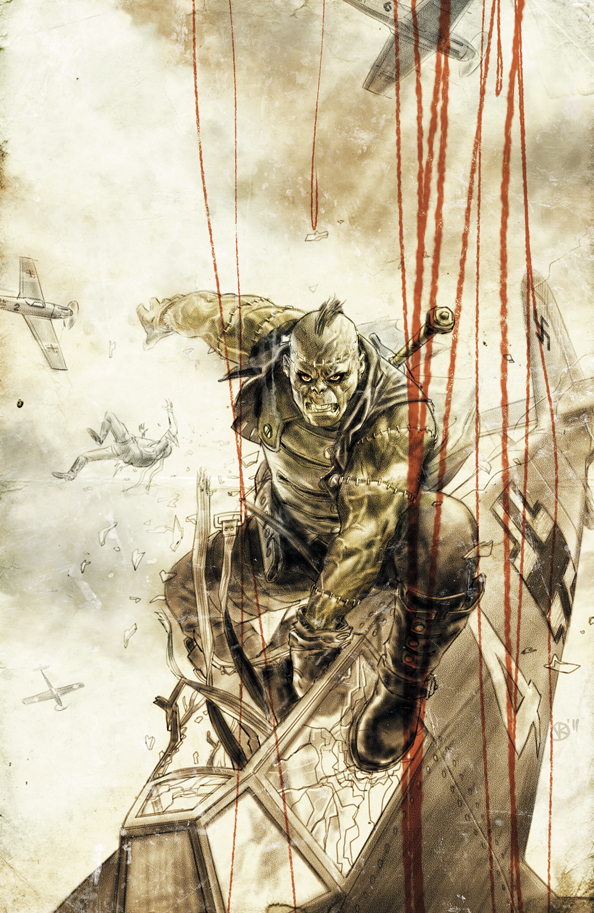 definitely has my interest, as it’s written by Jeff Lemire and Matt Kindt, and is set during the Second World War.  Maybe, had DC done this type of thing with it in the first place, it may have lasted.  Too bad neither of the writers is drawing the book – I’m not a fan of Tom Derenick.

I just read Darwyn Cooke’s second Parker graphic novel, and now the third one, The Score, is being solicited.  These are lovely books, with a lot of style.

Image has a new series, America’s Got Powers, by Jonathan Ross and Bryan Hitch.  This looks pretty good, but I wonder who is going to be the one to make the book late?  Hitch is notoriously slow, and Ross’s Turf took forever to come out.  They’ve solicited two issues for the month of April – any bets on whether or not they actually come out on time?

Last month they solicited The Manhattan Projects, and now Jonathan Hickman has another new series, Secret, coming from Image.  He’s joined by Ryan Bodenheim, who drew his Red Mass For Mars, which was excellent.  I’m really excited to see all this new indie-output from Hickman. 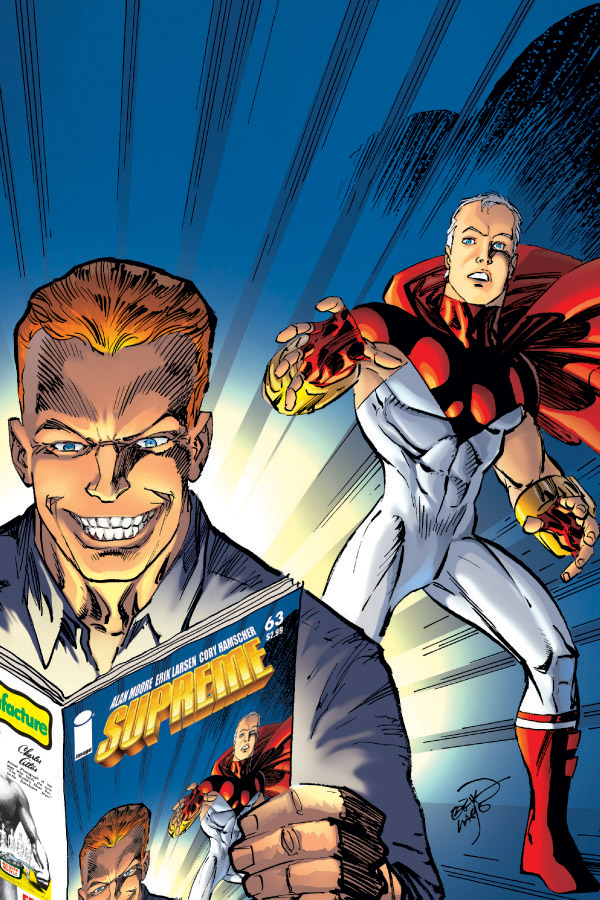 I’ve really gotten into the relaunch/reboot of Rob Liefeld’s properties at Image, like Prophet and Glory, which make use of creators I admire a great deal.  Now we have another issue of Supreme, the Superman knock-off that Alan Moore made into a terrific comic back in the day.  Unfortunately, the issue is drawn by Erik Larsen in what looks like a misguided attempt to ape Chris Sprouse’s excellent work on the original series.  Still, it’s Alan Moore, so I’ll be getting it…

I enjoyed ’68 through it’s first mini-series, but found the one-shots a little too one-note.  I’m interested in this comic, which is returning for a new four-issue run, but not at $4 a shot.  Sorry.

Farel Dalrymple is drawing an issue of Prophet?  Can I get more excited about this comic?

I’m not going to preorder Avengers Vs. X-Men, nor its spin-off AVX: VS (which has a stupid title).  I’m so bored with Marvel’s big events, and I fear that the rotating writers will just make this very inconsistent (even with Jonathan Hickman attached).  I imagine it will be over-ordered enough that it will turn up in bargain boxes shortly anyway, if I decide I’m curious to see how poor John Romita JR’s art is.  The question now is, do I continue picking up the books I normally buy that are tying into this, or do I give the whole thing a pass, and pick back up later?  I think it’s going to depend on which creative teams are handling the titles… 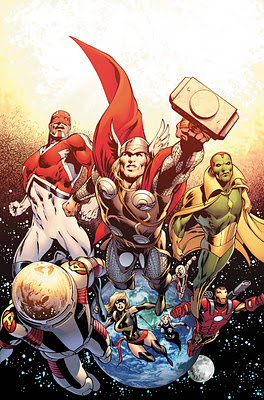 ?  Those dastardly X-Men must be the ones to blame, since this is a tie-in to that nonsense.

Another Daredevil tie-in with comics I’m not reading?  This is getting annoying – I love Waid’s DD, but if I wanted to read Avenging Spider-Man and Punisher, I would be.  I think in this case, I should skip this month…

Sorry Cullen Bunn, I love The Sixth Gun, but your Marvel stuff has not impressed me enough yet to start buying another Captain America title (Captain America and Hawkeye) where he’s going to be spending his time arguing with Hawkeye.  Maybe I’ll flip through it on the stands and decide then, but it’s not looking good.  As for Captain America, I’m going to order the conclusion to ‘Powerless’, but I think this will be the last issue I pre-order.  I’m bored with this title, and Winter Soldier is just so much better (and cheaper).

Since I’m in the list-trimming mood, I think it’s time to say good-bye to Hulk as well.  A pile of guest-stars and a higher-priced anniversary issue make this a good time to jump ship.  It was fun while it lasted…

I’ll be getting The Secret Service 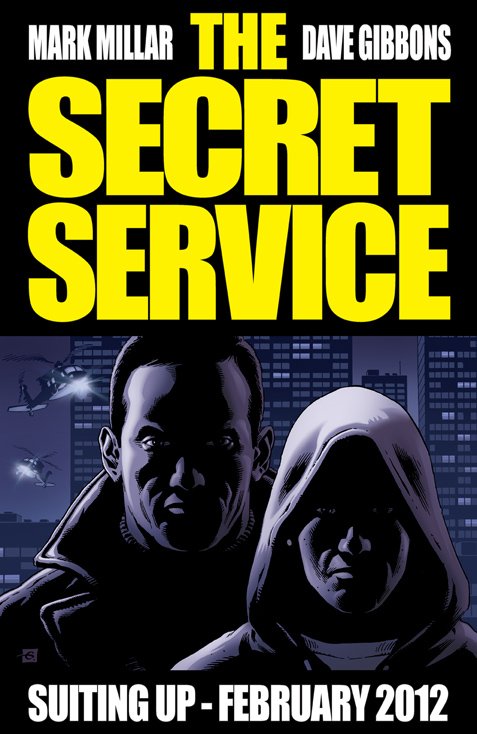 , a new series from Mark Millar and Dave Gibbons.  It’s been a while since I’ve seen new work from Gibbons, and Millar’s books are frequently entertaining, if not very memorable.

This month, Marvel are double-shipping six titles that I buy, but they cleverly hid that fact for four of them, by spreading the solicits out through their Previews supplement.  I enjoy New Mutants and Thunderbolts, but I’m thinking of dropping them because of their unreasonable frequency.

I still feel like Marvel’s not doing a lot to promote their Season One hardcovers, burying them in the back of Previews with a ‘Marvel Collected Editions’ tag on the top of the page.  Also, I’ve been wanting to complain for a while about their ad for the Fantastic Four HC, which comes out this week.  It quotes USA Today as saying that the book “star a new, young generation of today’s comic creators bringing a modern voice and sensibility to tales of classic Marvel heroes and teams.”  Imagine if you bought the book, and it really was about Roberto Aguirre-Sacasa and David Marquez trying to get a Fantastic Four comic made.  It would be like Steven Seagle and Teddy Kristiansen’s It’s a Bird.  I for one, would love that much more than the ten thousandth remake of Lee and Kirby’s story.  But I digress…

I’m pretty much always interested in Archaia’s output, and the new graphic novel City  in the Desert, by Moro Rogers, looks pretty interesting, at least based on the cover and one illustration. 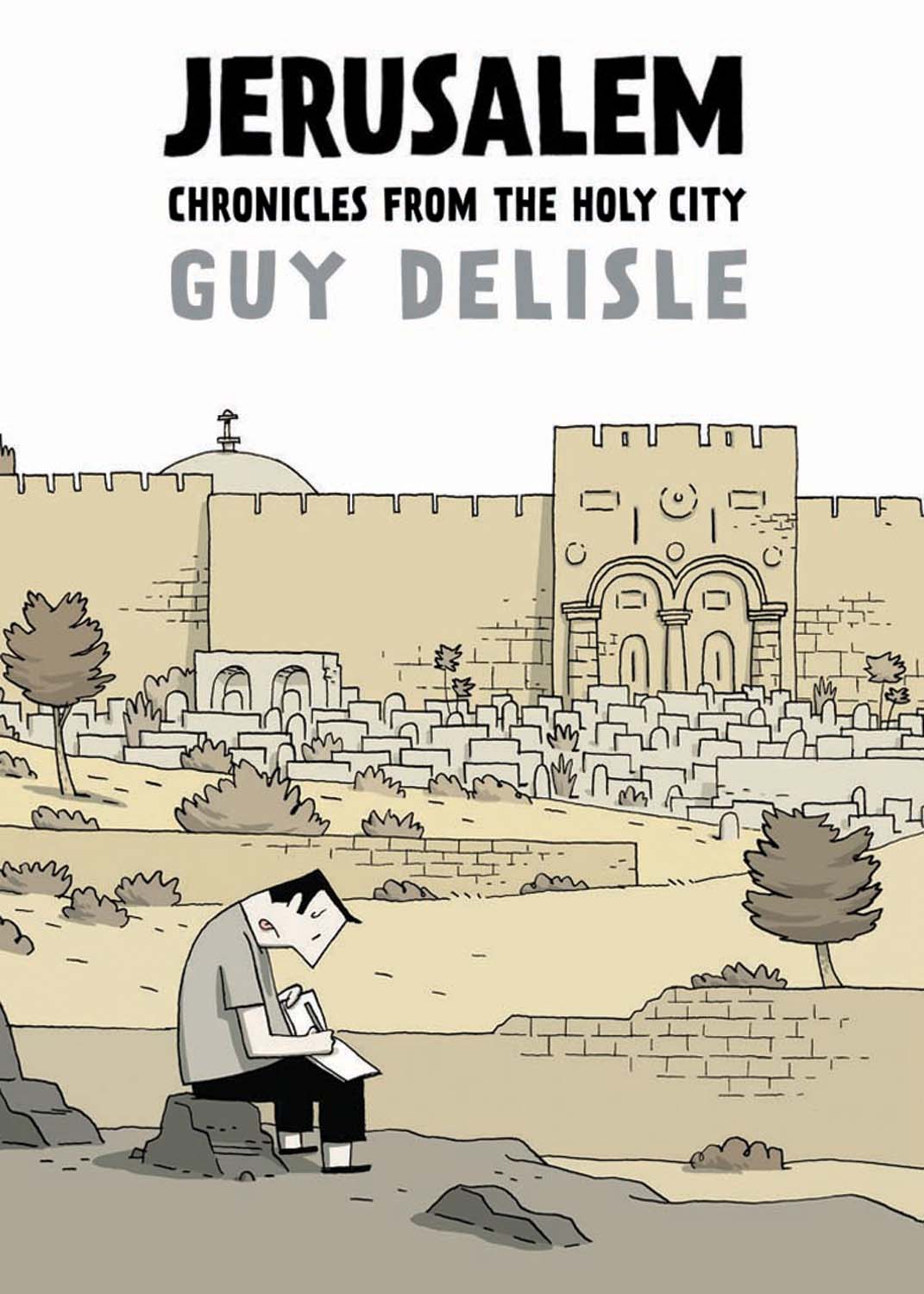 I’m very excited to see that there’s a new cartoon travel memoir coming from Guy Delisle.  He looks to be continuing his tour of countries with horrible human rights records and general disregard for human misery (previously he’s been to North Korea, China, and Burma) with his Jerusalem: Chronicles From the Holy City.  His work is always poignant and features some deft observation.  This should be great.

There are two interesting looking books from Oni this month.  Crogan’s Loyalty continues Chris Schweizer’s fantastic historical series.  Each new volume features a different generation of the same family, who have a tendency towards mischief and to stumble into more moments of historical significance than Forrest Gump.  This volume is set in the days leading up to the American Revolution.

They are also publishing Holliday, which looks to update and set the story of Doc Holliday in a modern urban crime environment (yes, I’ve been watching The Wire again).  I don’t know either Nate Bowden or Doug Dabbs, but this sounds good.

Jeff Lemire’s become one of the biggest names in comics these days, so it makes perfect sense that Top Shelf is going to re-release his Xeric Award winner Lost Dogs.  I had a chance to pick this up for $5 around the time that I was reading Essex County, and passed.  I regretted that for a while, but now that I see this new edition, which is only $5 more, has been remastered and improved upon, I’m happy.