Sulli and Wonderful set the table for the upcoming episode: The return of Super Destroyer #3; Snuka will defend the ECW Television Title against Glen Osborne; The ECW Tag Champions, Tony Stetson and Larry Winters defend the titles against the Suicide Blondes. 1

Segment #1: Super Destroyer #3 (Sal Bellomo) vs HD Rider w/ EZ Ryder
Sal Bellomo is really selling the Super Destroyer #3, but apparently there is no reason given, other than Sal is nuts. Sulli and Wonderful are selling this like they are in on the joke, but no one else can figure it out. At this point, Sal is not a great wrestler, but HD Rider makes him look like Lou freaking Thesz. Sal wins this by hitting a rather nice standing dropkick on Rider, and getting the pinfall following a big splash.

The Super Destroyers and Mr. Hunter Q Robins III come down to ringside 2. The announcers think that they are coming down to congratulate their fellow Super Destroyer, but instead attack big Sal, completing his face turn.

Super Summer Sizzler Update
Added to the car:
Segment #2: ECW Tag Team Championship Match: Larry Winters & Tony Stetson vs The Suicide Blondes
Winters and Stetson attack the Blondes from the opening bell, as a receipt for last week’s post-match sneak attack. 4 Double noggin knocker that gives the referee a chance to get the match under control. Candido starts off with Larry Winters. Winters and Stetson dominate Candido with (legal) double-teaming.

Eventually, Candido tags in Hotbody, allowing the heels to get the upper-hand. Candido nails Winters with a standing vertical suplex followed by a nice side slam. 5 Now double-teaming by the Blondes. Winters get the upper hand by nailing Hotbody with a DDT. Winters goes for a splash in the corner, but Hotbody pulls the referee in front of him. 6

Blondes now dominating the champions. Hotbody holds Winters while Candido tries to nail him with a chain from the outside. The chain flies into the ring, and amist the chaos, Hotbody nails Winters with the chain. 1-2-3 and we have new tag team champions. 7

Segment #3: Ernesto Benefico vs Don Muraco w/ Paul E. Dangerously & Eddie Gilbert 8
Total squash by Muraco as he outweighs and outmuscles Benefico by a tremendous amount. 9 Muraco ends the match with a one-handed piledriver.
Segment #4: Tommy Cairo & JT Smith vs Max Thrasher & Canadian Wolfman
So Thrasher turned heel against JT Smith, and his solution is to find a better partner, in The Canadian Wolfman? Man this is jobber-central this week on ECW.

Thrasher starts off with Tommy Cairo, pulling the old heel trick of refusing to tag in to face the guy who he turned heel against.10 Good match out of Cairo this week, who Stevie Wonderful compares to a Rick Steiner 11

JT Smith gets in the ring against Canadian Wolfman, and dominates the match with double teams. Finally, Tommy Cairo rocket launches 12 JT Smith onto Woflman for the 1-2-3.

Super Summer Sizzler Update
Added to the card: Super Destroyers, Tommy Cairo, Suicide Blondes, Paul E. Dangerously, and The Dark Patriot. Man, the “Dark Patriot” must know someone to be announced before he even shows up on television. 13
Segment #5: ECW TV Title Match: Jimmy Snuka w/ Paul E. Dangerously & Eddie Gilbert vs Glen Osborne
The two lock up with Osborne getting an early advantage. Embarassing wrestling moment, as Osborne clotheslines Snuka against the ropes. Snuka waits against the ropes for two seconds before the delayed motion took him over the top rope. 14

Osborne dominates Snuka early getting a near fall on Snuka with a roll-up. Apparently Snuka remembered he was double-parked, and nails Osborne with a backbreaker following it up with a Superfly Splash, and it’s over.

Final Segment
Eddie Gilbert comes to give Comissioner Tod Gordon some stuff for putting Funk against him in a Texas Chain Match Massacre. Apparently, kayfabe world, Gordon and Gilbert were childhood friends. 15 And then it’s out with kindly old Uncle Terry and in comes Terry Funk who tells the Philly fans that we are hardcore wrestling fans so we have seen the best and the worst that wrestling has to offer.

This week was pretty good. We had a solid tag match that seemed like more modern tag matches, and the general action in the ring was solid.

It is practically impossible to find a picture of Glen Osborne from this period of time, so I’m going to have to go with a more current one, even though he doesn’t (quite) look like this anymore.. 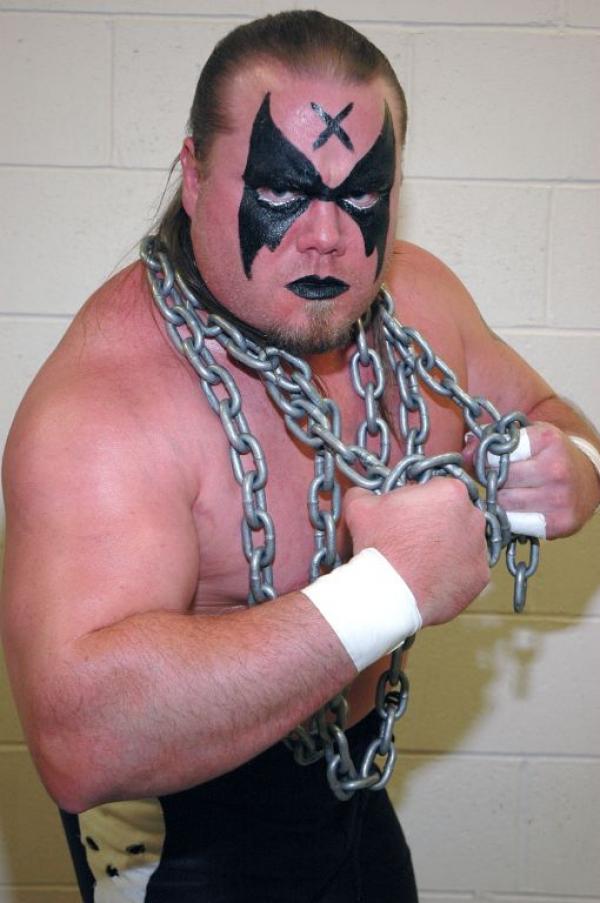 If you want you can check the Paul E. Dangerously debut on YouTube 16

Glen Osborne was one of the youngest trainees of Larry Winters who appeared on Tri-State Wrestling Alliance cards in the early 1990s, which were the precursor to the ECW Revolution that is indeed coming.

It seems like his general gimmick and personality is a little of the wrong act at the wrong time.  He is a babyface who is given the Sting attitude but he has a very generic in-ring persona and gimmick.  He is a little bit Sting, but doesn’t let the crowd get into the matches like Sting.  He is a little bit Road Warriors, but he doesn’t exude the necessary confidence that they were able to convey. His power-impact wrestling style was decent for the indy federations, but not quite good enough for more prominent federations.

He is solid hand who would continue to shape the immediate future of ECW, but he was fairly quickly phased out of the roster.  But that day has not yet arrived, in our little time capsule here.

This week’s tag title match almost gave me hints as to the speed and style that would dominate the industry (in a good way).  The rest of it was a little more just cruising along.  But, next week should be the first hour of the next television taping.  Let’s hope for something a little stronger from the federation.

1. So, let me see if I got this. The Blondes lose a non-title match to Winters and Stetson, but because they attacked the champions on the way to the back, they get the nod ahead of the former champions, The Super Destroyers? I LOVE wrestling logic!
2. Apparently concerned about copyright infringement or trademark violations. (Actually that would make for a humorous feud in 2012.)
3. According to my notes (sorry I can’t watch an type effectively), that is exactly how it was listed on the screen.
4. Actually, it only happened less than 1 hour ago, so I guess it’s more understandable why they’re upset.
5. I know it’s revisionist history, but why they wouldn’t immediately push Candido to the moon is beyond me.
6. Wow, this match is actually… watchable…
7. These frequent title changes are just going to RUIN the integrity of the ECW Tag Team Titles!
8. Eddie Gilbert’s wearing the same New Jersey Devils jersey really sends home the idea that this is a television taping. Totally ruining the suspension of disbelief, if any existed.
9. Think of a shorter less muscular X-Pac versus Batista and you’re almost there.
10. Ahhh the wrestling classics.
11. On the flipside, I would compare The Canadian Wolfman to a much less athletic George “The Animal” Steele.
12. Did I just use a midnight express double-team move, as a verb? Yes I did!
13. Dark Patriot is Eddie Gilbert’s brother, Doug Gilbert in a mask.
14. Hey everyone, let’s play a guessing game: What substance is Jimmy Snuka on tonight. I’m sure Osborne is paritally to blame, but still Snuka is a veteran.
15. This plot device would be used later during the Tommy Dreamer vs Raven feud.
16. Or go back just two weeks of the Extreme Archive.