Oh, the fantasy suites. There’s nothing like ’em to remind you of just how gross The Bachelor is. Sleep with three women (or men), make each one of them believe they’re special even though they know you’ll be doing THIS EXACT THING with two other women, and then kick one of them to the curb. What a fairytale! Even if you end up “winning” this whole thing, you have to live with the idea that your new fiancee was in bed with another woman about…a week? before he proposed to you!

It was no surprise that all three women eagerly agreed to accompany Ben to the fantasy suite. The only hold-out might have been Kacie, who Ben wisely let go last week. So with that, let’s talk about Ben’s Swiss adventures!

Taking the relationship to new heights 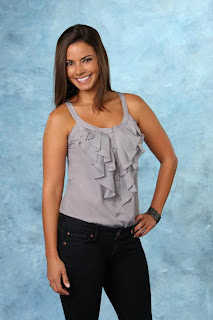 The first date in Switzerland went to Nicki, the dark horse in this competition. If you’d asked me a few weeks ago, I never would have guessed Nicki would be in the final three. I guess she has Kacie’s super conservative parents to thank for that. Nicki and Ben went on a helicopter ride – if you can call it that. It was more like a helicopter tour of terror, since the thing plummeted towards the ground faster than Courtney’s bikini bottoms in Puerto Rico.

The helicopter dropped Ben and Nicki off on a mountaintop, parking just a little too close to the edge of the mountain for my taste. They had a picnic and weakly shouted things into the mountains. Nicki later said she wanted to scream she loves Ben from the mountaintop. I can only assume she didn’t because it would be super awkward when Ben didn’t reciprocate.

Ben told Nicki her dad reminded him of his late father, and the poor girl really took that to heart. It was almost painful to watch her tell him over dinner how much that comment meant to her. It was like you could see Ben thinking “Oh crap, I really didn’t mean much by that. I just meant both our dads have similar noses.”

Nothing about Ben’s date with Nicki suggested that he was as into her as he is Lindzi or Courtney, but it seems like he considers her a practical choice. And as you all know, practicality has absolutely no place on The Bachelor.

Taking the relationship to new depths 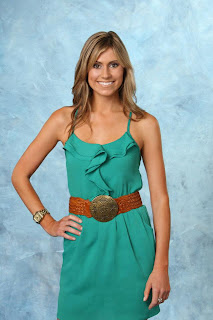 Next up was Lindzi, who accompanied Ben on a romantic date of…rappelling down a mountain? Geez, what is this, The Amazing Race? It’s like in anticipation of the fantasy suites Ben is attempting to scare the pants off every girl.

Blah blah blah, there were a lot of terrifying thing/new relationship metaphors, blah blah blah. Lindzi is likely the best choice for Ben, but I find them so dull to watch on TV that I can barely bring myself to write about it. I’m so sick of hearing about how Lindzi’s heart was broken! She’s not even the token divorcee this season and she’s given Tenley quite the run for her money.

Even though she is absolutely the last person I would ever describe as an “ice queen”, these are the words Lindzi chooses to describe her transformation and newfound vulnerability to Ben. (You want to know about being an ice queen, girlfriend? Talk to me about the time I was the only person with dry eyes at a showing of My Sister’s Keeper.)

Ben and Lindzi went to the fantasy suite (like there was any question about that) and Ben later said he loves Lindzi – something he never said about Nicki.

Taking the relationship to new places 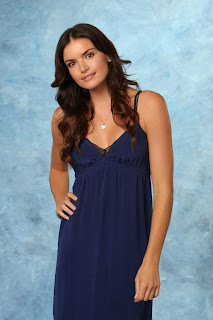 Courtney received the final date, also the only one that didn’t involve doing something scary. Hmm, was this because the meanie model already dropped her pants for the bachelor? Ben and Courtney got to explore an adorable Swiss village, and Courtney greeted every stranger with an enthusiastic “Hi!” in what I can only assume was an attempt to prove how friendly she can be.

It was clear that Ben knows something is off with his relationship with Courtney, but he just doesn’t want to admit it. While they picnicked outside, Ben began to discuss his questions about Courtney and her behavior towards the other women. “I watched you and I noticed that at certain times you would kind of
twist the knife a little bit, and I wished in those moments that you
would have made it a little easier on me.” Um, seriously? You noticed what a bitch she is, yet still brought her along to the final three? When Courtney offered a wishy-washy answer, Ben bailed. “I don’t really want to get into it. We’re having a nice day.” Yeah, that’s a great strategy for choosing a spouse!

At dinner that night, after she’d had a chance to practice her lines and rub some onions under her eyes, Courtney offered Ben a tearful apology. Even though Ben basically said he’s worried the many women in his life will hate him for bringing Courtney home, he accepted Courtney’s weak apology and told her he’s falling in love with her.

It is painfully obvious at this point that Ben will choose Courtney,
because why else would she be getting this edit? Oh, she feels so bad about how she treated the other girls. Oh, it was only because this whole experience was so hard
on her. Oh, Ben was so happy she “apologized”. Puh-lease. Call me when
she apologizes to the women she was so snide to, and call the
waaaahmbulence before she sells Ben another pathetic sob story.

At the end of the night, Courtney accepted Ben’s invitation to go to the fantasy suite – but we all know that ship sailed back in Puetro Rico. 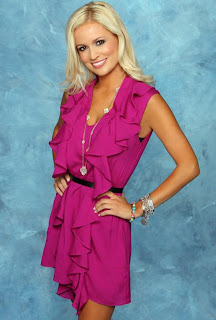 Break time! Let’s take a moment to forget this drab season of The Bachelor ever happened so we can try to get excited about Emily Maynard as The Bachelorette! Remember Emily? She’s the sweet, beautiful, blond Southern belle who was recently engaged to Brad. She has the saddest back story in the history of The Bachelor, a young daughter named Ricki, and she plans birthday parties for sick kids for a living. Seriously, you can’t make this stuff up.

Emily was nervous about doing The Bachelorette, so she flew to L.A. to get advice from the two least appropriate people possible – Ali and Ashley! Please. One of these girls has already broken up with her choice, and for the other it’s only a matter of time. Stop trying to pretend like this show is successful, producers! You can’t drag Trista Sutter out every single season!

The three gals went to see Titanic 3D in dresses that were meant for women starring in rap videos, and Ashley made us all throw up when she said Jack and Rose are the epitome of a perfect relationship. Um, seriously? They hung out on a boat for a week or so and then one of them died. So, I guess their relationship did have a similar lifespan to those on The Bachelor. 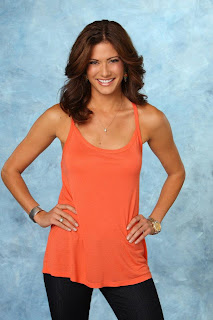 It wouldn’t be The Bachelor(ette) if someone didn’t dramatically return to the show, so before the rose ceremony we were treated to a surprise visit from Kacie. First she wanted some answers from Ben, and he gave her a sugarcoated version of the harsh truth – he dumped her because her family was too conservative.

But Kacie didn’t end there. Even if she didn’t have a chance with Ben, she wanted to make sure Courtney didn’t either. So she warned him that Courtney would break his heart and backed it up with mentions of how Courtney talked about “winning” a lot and once said there were other fish in the sea besides Ben. I was hoping Kacie would deliver a more convincing argument, but when she left it was obvious Ben was feeling conflicted. Kacie laid on the floor of the hotel hallway for awhile, and then departed. Is she more upset that she lost Ben, or that the casting of Emily means she won’t get to be the next bachelorette?

At this point, Ben has been warned many times about Courtney. Emily got things rolling very early on and he brushed her off. Then the women on the group date confronted him. Now Kacie flew all the way to Switzerland for a free trip and to play with cute baby lambs to throw another red flag in his face. And he’s witnessed some of the cattiness for himself. What will it take? If Ben wasn’t going to eliminate Courtney after this, then it seems inevitable that he’ll propose to her. And he’ll deserve whatever he gets.

After a heart to heart with Harrison, Ben handed out the roses – first Lindzi and then, yes, Courtney.

Poor Nicki. She put it all on the table and Ben just never reciprocated. I have to say, she handled the heartbreak like a champ. “I hope he’s making the right decision,” she said. Unfortunately, it seems pretty clear that he won’t.

Next week is The Women Tell All, which is always a laugh and a half. I can’t wait to see what Emily has to say about Courtney.