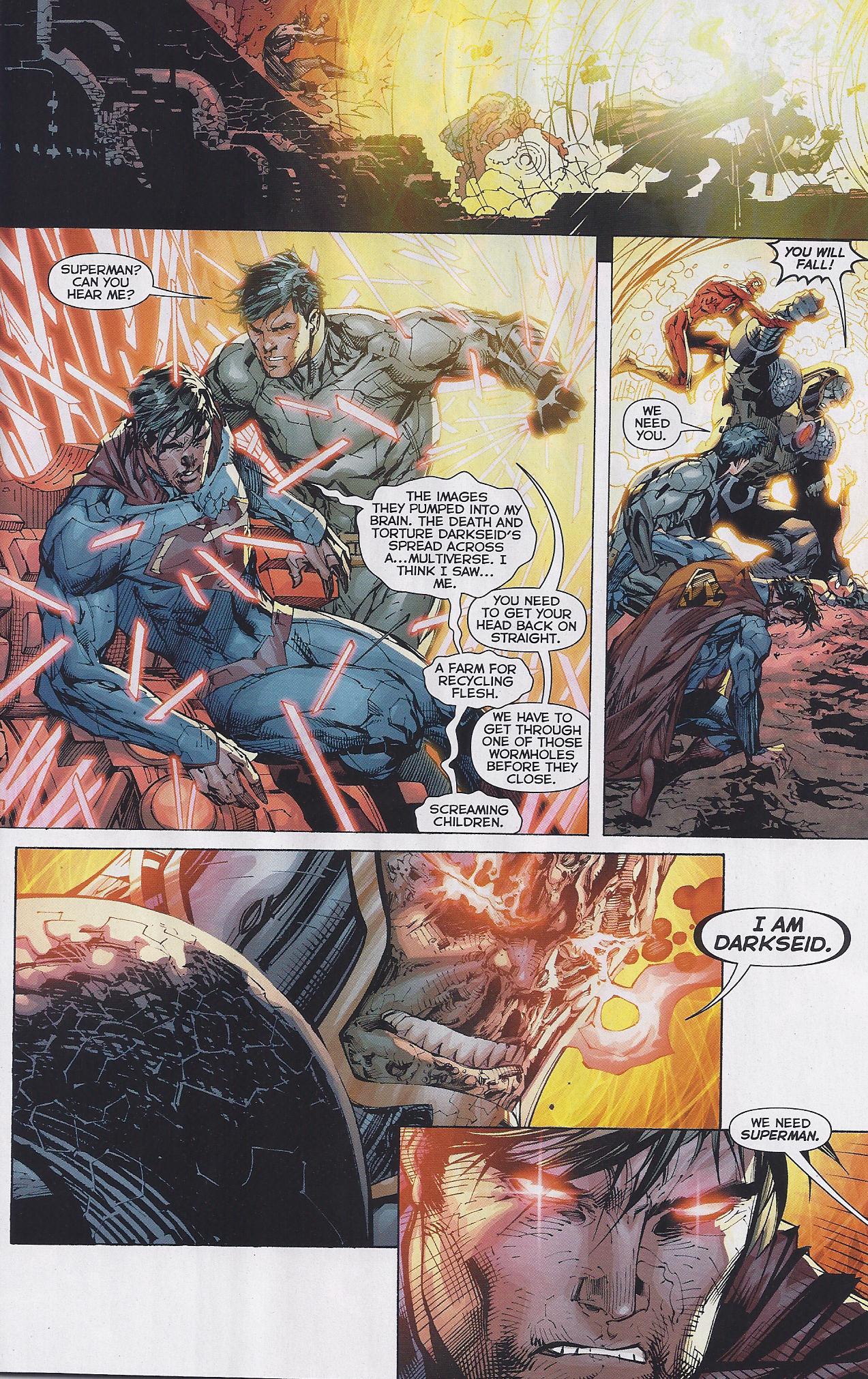 I am a huge Justice Society fan and am excited for May’s debut of Earth 2 and Worlds’ Finest. That’s why I was pleased to see the Earth 2 Easter Egg in DC’s top selling comic book Justice League in its recent 6th issue.

DC Comics seems to be putting the hype machine to work. There have been teases galore in recent weeks including this past week’s design sketches for Earth 2 Justice Society luminaries: Superman, Supergirl / Power Girl, Batman, Robin / Huntress and Wonder Woman.

In addition, as we’ve discussed before, the variant cover reveal to James Robinson and Nicola Soctt’s Earth 2 #1 made it appear that Darkseid, the dark New God who tackles the Justice League in that book’s opening arc, was a multiverse threat. That is confirmed in Justice League #6 by Superman himself. After being spared further torture by Apokolips’ mad scientist Desaad, Superman has visions of a Darkseid ensaring the multiverse. Superman also sees someone who looks like… Superman in those visions. It would seem that Superman has caught a glimpse of the Earth 2 Superman.

No Escape finally coming to Blu-ray