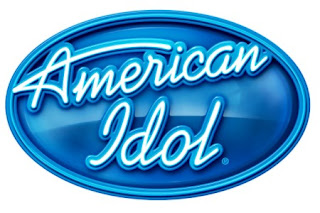 Wow. On Wednesday night’s episode of American Idol Randy Jackson actually admitted the judges hadn’t actually judged anything the previous night. Sort of. “I must say, Ryan, we were a little lenient on some of the boys. Some of them were a little…. Not….” Huh? So, Nigel Lythgoe had someone monitor Twitter and discovered people thought the judges were going to easy on the singers. And the judges’ response was to praise the first female singer to hit the stage even though she wasn’t that great. So let’s judge for ourselves, shall we?

Chelsea Sorrell – “Cowboy Casanova”
Oh honey. Just because you wish you were Carrie Underwood doesn’t mean you can be. And just because this song goes over well on Saturday night at karaoke after a few beers doesn’t mean you’re actually that good at singing it.

Erika Van Pelt – “What About Love”
I really like Erika. Her vocals were strong and sounded effortless and, more importantly, on pitch! She sounds a little like Cher, which I consider a large compliment. I fear her look and style might be a little too mature for tween Idol voters, but I hope she makes it through.

Jen Hirsch – “One and Only”
Really? Two people singing the same Adele song in one night? Frankly, I don’t know why you’d want to attempt it. While we may all try to belt out Adele in our cars and showers, can anyone match her? Poor Jen Hirsch certainly couldn’t. She lacked the depth, strength and emotion that Adele brings to the original. Of course, J-Lo thought it was – let’s say it all together, folks! – “BEAUTIFUL”.

Brielle Von Hugel – “(Sittin’ On) The Dock Of The Bay”
This actually hurt my ears. Time to quote my boyfriend: “If this was karaoke, I’d go get a beer.” Brielle is this season’s Haley Reinhart, only without the talent. Of course, the judges loved her.

Hallie Day – “Feeling Good”
Hallie is very beautiful and an OK singer, which can be a perfectly acceptable combination on American Idol. This song has been so overdone on this show, but she was good enough.

Skylar Laine – “Stay With Me”
What’s a “Faces”? I don’t know, but this Skylar chick was in QUITE the dress. It was so shiny I had a hard time focusing on her song. I actually really enjoyed this performance – so much so, that I might need to know what this “Faces” is. This is the kind of country music I like, it’s fun and reminds me of being in a bar wearing cowboy boots.

Baylie Brown – “Amazed”
MORE country? Wow. I really freaking hate this song, guys, and that bum note Baylie hit early in the song made my ears bleed. I’m sorry, but I had to forgo my blogger duties and fast forward after the chorus. Song choice was not the issue here, Stephen! Let’s all compliment her beauty and pretend we don’t need to critique her singing! Thank god J-Lo and Randy came somewhat close to real criticism.

Hollie Cavanagh – “Reflections”
Well this song choice took me back. I was twelve when this Christina Aguilera hit came out, and I was obsessed with it. Unfortunately, it’s not a great song for Idol singers because, frankly, none of them are ever as good as Christina and they ALL try to be. However – however! – Hollie is an exception. She actually did a surprisingly good job on the song. This girl is one to watch.

Haley Johnsen – “Sweet Dreams (Are Made Of This)”
What’s with all these names? Hallie, Hollie, Haley, Baylie…America, stop naming your children like they’re going to be lifelong Toddlers in Tiaras! If American Idol is still around in 2020, every female contestant will be named Madison and I will cringe. You know what else made me cringe? Haley’s performance! Seriously y’all, that was some godawful yelling. Thank god Randy was actually honest for once. Yes, this was a nightmare.

Shannon Magrane – “Go Light Your World”
OK, let’s start with the good: Shannon is really pretty and so was her dress. Now, let’s get to the real stuff. What the hell was that song? I was about to make the joke “What, is this popular at her local church?” because it was that cheesy, and then I Googled it and it’s by a Christian singer! Oh man. Is she going to sing about candles and Jesus every week? I can’t handle that. My laptop will burst into flames when I criticize her.

Jessica Sanchez – “Love You I Do”
“Teenage powerhouse” indeed. I’m almost annoyed that Seacrest spent so much time talking to Jessica about her sore throat because her performance was so fantastic she didn’t need the pity. Really, really good.

Elise Testone – “One and Only”
The SAME Adele song? Girlfriend. Not only did you miss the memo about why you don’t cover Adele, you also missed the memo that you shouldn’t perform the same song as someone else on your same TV show? Luckily for Elise, she outsang her competitor Jen times a million. In fact, Elise was really good. And her voice is different enough from Adele’s that I wasn’t endlessly comparing them. I think she has a lot of potential.

OK, your turn! What did you think of the gals on Wednesday night!