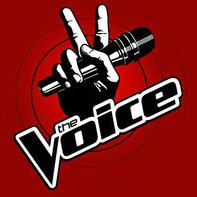 I’ve finally had a chance to watch Monday night’s episode of The Voice, and now that the blind audition rounds are over I’m excited to see what’s to come with next week’s battle rounds.

With each coach choosing a team of twelve people, it’s been hard to remember who’s made it through and who my favorites are. I was glad we were reminded a little of who each coach chose as they filled their teams, and I’m looking forward to seeing more when the artists go head to head — I know there have been a lot of people I really liked, and it’ll be interesting to see which ones can deliver more than just one good performance.

Adam’s Team
It felt like Adam won over a lot of the more memorable artists during the blind auditions, likely because he makes really good pitches and won last season. One of the people he added to his team on Monday night was Orlando Napier, who had a style I really liked.

Blake’s Team
The person who stands out the most for me on Blake’s team is Jordis Unga, who I was a big fan of back when she appeared on Rockstar INXS. I can’t wait to see how she does in the battle rounds. Blake ended up with country singer Adley Stump to round out his team. Her mom literally jumped into Carson Daly’s arms when both Blake and Christina pushed their buttons.

Cee Lo’s Team
My favorite part of Cee Lo’s team is his white cat, obviously. (I watched Adam Levine on Anderson the other day and I was thrilled that Anderson asked about the cat. That’s why Anderson is my pretend BFF. Also, the cat’s name is Purrfect and he’s on Twitter!) Cee Lo has a lot of really unique artists on his team and some interesting personalities. It’ll be interesting to see how that plays out. On Monday night Cee Lo rounded out his team with Wade, who performed a killer version of “Rehab”.

Christina’s Team
Last season it seemed like Christina had a lot of female powerhouses on her team, but this season her teams seems a lot more balanced. I think she’s the coach to watch this season. In Monday night’s episode I was excited to see Christina choose the guitar and harmonica player Lee Cook, because it’s somewhat unexpected for her. Christina was the last coach to fill all her spots, and it was a great moment. I really loved Sera’s performance and her impromptu duet with Christina was just my favorite.

So with that, bring on the battle rounds! I can’t wait.