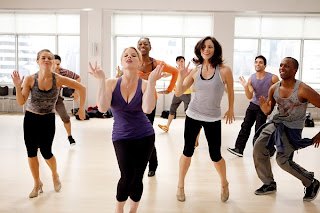 I’m still on the fence about Smash.

Last week’s episode, in which Iowa native Karen visited her hometown to sing “Redneck Woman” BAREFOOT at karaoke, was not good. However last night’s episode, which focused more on Ivy’s diva-esque reaction to becoming a star and Eileen’s struggles to finance the Marilyn musical, was a stronger delivery. There are still some problems with this show, but I’m still intrigued enough to stay on board for a few more episodes.

In particular, I thought “The Cost of Art” was a good episode for Katharine McPhee and her character, Karen. My biggest problem with Karen so far was that she was lacking in personality. She’s supposed to be this fresh, exciting talent but she was coming across as rather blah. This week, we actually got to see her get angry. She found out that Ivy is sleeping with the director and she keeps getting cut from numbers for singing too loudly. When she was taken under the wings of some other members of the ensemble, it breathed a bit of new life into her character.

Ivy’s behavior towards Karen is still inexplicably icy enough that it feels like the writers’ attempt to make the viewers root for Karen rather than natural behavior for this character. However, I think they’re working on that – Ivy is coming across as rather insecure, and that’s what is at the root of her bitchiness towards Karen. I still don’t buy that she actually feels threatened, but I’m getting closer to it. She’s a lifelong chorus girl who finally has a chance to be in the spotlight, and whether her fears are warranted or not, she’s terrified of losing this opportunity.

If Smash wants to really hook me, though, they’re going to have to make Karen more interesting and flesh out Ivy’s insecurities. If they can do that within the next few episodes I’ll stick around. If not, it’s curtains.

What do you guys think? Are you still watching Smash? Have you decided if you like it or not? Were you surprised to not totally hate that little Jonas kid this week?