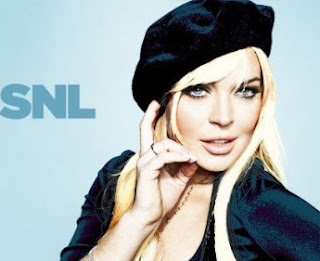 Usually
I start off writing this blog by giving you a little introduction on my
thoughts on how the host will be, but too much time has passed so I will speak
to you in the present.
Oh
Lindsay, this attempt at a comeback just didn’t work. But I can’t blame you for
what happened on the show – I think the writers were not very inspired by you
and just made you a supporting character. Oh and honey I’m sorry, but your face
is terrifying. Just terrifying. How are you younger than me? I do give Lindsay
points for making fun of herself for her past mistakes but I think the show
could have gone further. It may be a few more months until Lindsay’s full blown
comeback ever comes together.
Cold Open Mitt Romney
(ugghh Again)
I
feel so bad for the SNL writers having to deal with Mitt as the most boring
candidate ever. Again, Mitt Romney is the cold open but this time his sons show
up. I mentioned before that his sons are dramatically clone-like. 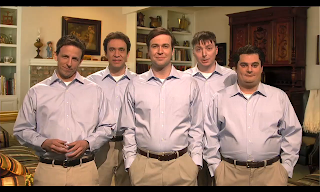 I
was happy to see Seth in this sketch and … who was that guy in the top right?
Is that a new cast member? Wait a second….is this the first time the show is
low on white male actors? Well I’ll be damned. I enjoyed how the Romney
brothers were like a boy band. “Well I’m the sensible one.” So for that, this
skit gets a pass.
Monologue
I
will give it up to Lindsay for not hiding her past. This sketch was funny
showing how cast members are showing their support while checking to see if
Lindsay is high or not smuggling something. And then Jimmy Fallon came by to
show support her too. (I recall her asking him on his show this week if he
would come on.) And then Jimmy mentions that Jon Hamm is a back-up in case she
fails. No seriously, Jon Hamm was in the audience. How dare they tempt us with
Jon Hamm on the show? Why?
Real Housewives of
Disney
This
was just brilliant. I am a kid from the 90’s who lived off Disney and now a
woman who enjoys the drama of the Real Housewives franchise. It’s like when
they put peanut butter and chocolate together. I enjoyed how each Princess
epitomized the common characteristics of a Real Housewife.
My
favourite part was all the catty things Prince Charming said and the bitchy
face he made after he said it. 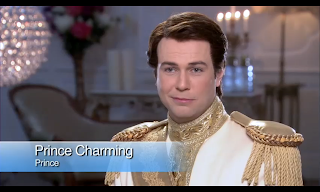 Also,
I love how Snow White says clever things and she gets high-fives from seven
small hands. 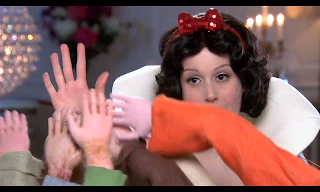 Wouldn’t
you love that?
Psychic Awards
I
love sketches in which every cast member plays a role and the comedy is in
their reactions. This sketch was a great example of this, especially during the
montage of “Psychics we will be losing this year.” I loved the joke where they
announce the nominees for an award and each nominee immediately knows they will
not be winning. Lucky for Lindsay this sketch didn’t ask much of her and she
could read off cue cards and not look out of place.
And
of course because I love dogs in costume I have to give a shout out to Rufus
the Psychic dog. 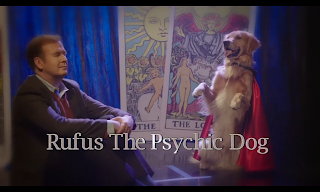 It’s
a dog who can see the future! It’s comedy gold!
Scared Straight
I
like these sketches even though they are so formulaic and predictable. My
favourite part is Keenan’s attempt to make Samberg, Hader, and Moynihan laugh.
(And he usually pulls it off.) MacIntosh (Keenan) has a new partner for his
scared straight program and it’s Lindsay Lohan. Seriously, Lindsay identified
herself as herself. That got a great reaction from the audience. Then she started
hardcore reading off the cue cards. Yes, I know that the writers change the
script at the last minute but it was really painful to watch.
The
best part of the sketch was when Jason Sudeikis sat down on the metal desk
really hard. So hard that items toppled over and Bill Hader finally started to
laugh. But….. (Please note, the following observation will solidify that I
watch TV too much) I recall a time when Jason hit the desk hard and it seemed
like an accident. This time it felt really forced. I think Jason did that on
purpose just to make the cast laugh and to quite frankly save the whole sketch.
Or really save this whole episode. But this is just a theory. Anyone else think
that?
Weekend Update
Seth’s
first guest was James Carville. As usual Bill does a great job with this
impression but I don’t find this character funny enough to warrant multiple appearances.
I will leave it at that.
Seth’s
next guest was Bobbi’s Snooki. (That doesn’t sound right.) I was wondering when
Snooki was coming back. She speaks with Seth about her rumoured pregnancy while
drinking her cocktail of V8, Red Bull, and Jacuzzi water. I like how Seth plays
off that he has a crush on Snooki. When asked who the father was we are treated
to a walk-on cameo by Jon Hamm. Apparently Jon is the baby’s father and Snooki
brushes him off. 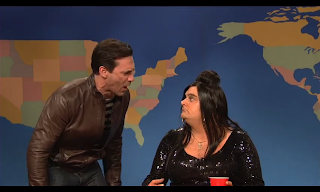 Jon Hamm BETTER host this show before the
season is over or I will be very angry.
Delinquent Girl Teen
Gang
I
like making fun of old fifty movies where characters say “sit on it” and dancing
is considered illegal. I was just not laughing at this skit. And I was so
annoyed at Lindsay for reading the cue cards. Even when she was screaming the
phrase, “Watch out,” she still read that off a cue card. Oh my.
Digital Short – Save
the Date
Everyone
mark your calendars, March 4, 2012: The day the SNL Digital Short died. That’s
right I no longer will have a pang of excitement when those words come across
the screen. May you rest in peace dear clips, and say “Hi” to Wyndmere while
you’re there. I guess I should at least review it. It was too weird to be funny
and I couldn’t hear any of the lyrics which could have been funny. I’m not
sure.
B108 FM
Now
this skit wasn’t spectacular but it definitely was one of the better one. First
off the jokes about radio DJ’s discussing how cold it is outside and how much
they hate scraping their car in the morning was all very relatable to any
Canadian. Then add to that they are rap DJ’s, it makes a somewhat humorous
sketch. “Mad prop to gloves, yo!” Now this time Lindsay was a bit better with
her lines but I think it’s because she could read off a piece of paper. I’m
sensing Taran and Bobbi seem to be buddies in real life and the more those two do
together the more magic will happen.
Repeat Commercial – Chantrix
Here’s
my first review of this.

House Sitting
Oh
Kristen I love you but this skit went on for too long. Lindsay yet again was
the supporting character for this skit and really didn’t have that much to do
but react scared. But since her eyebrows don’t move anymore how am I supposed
to know that? That’s right, I went there. Again.
Repeat Commercial –
Verizon
Another
repeat commercial? They really needed to fill time. Here’s my past review. And as an update, yes, I did get my
new phone and yes the guy at Rogers
really did confuse me.
Rude Buddha
When
the theme song started I thought it had potential. Then this too also stank. I
mean, Buddha? You couldn’t have found something more topical? I will give kudos
to Andy’s shoulders though. Has someone been working out Mr. Samberg?
Weird Guy By A Fire 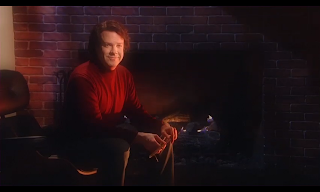 What
was this? Was this something shot a long time ago as a “use in case of bad
show” emergency? I will admit it worked because it was so peculiar and so
short. Give it a watch.