No time for an intro this week. After all, Impact’s ratings ARE way down, and I think you should adjust your expectations of this review accordingly. Anyway, here’s your recap. Choke on it.

Video package starts the show. It appears that the Garrett Bischoff angle will be heavily featured tonight. Then we see Garrett arriving in a Jeep. On this show, Eric Bischoff’s kid’s ride to the arena is important.

Ric Flair, Eric Bischoff, and Gunner come out. Bischoff is sad about having to handle family business on the air. Bischoff says that he asked Sting to have a tag-match, with Gunner and Garrett choosing their own teams. Bischoff thanks Flair for warning Garrett to not come into the Impact Zone. Now we see Garrett backstage watching all of this. Kurt Angle comes out, and Bischoff starts going nuts. Angle hugs all 3 of them. Bischoff wonders who will possibly come to Garrett’s aid. I’ve been watching Impact for one week and I know it’s going to be Jeff Hardy. The entire crowd starts chanting for Hardy, speaking of. Angle verbally massages Bischoff while Gunner physically massages Angle. The music goes off. More hugging.

Sting is rubbing paint all over his face and talking to himself in the mirror about how he’s crazy now. Eric Young comes in. Young wants to talk to Sting. Sting says not to bother him and continues putting paint on his face. Eric wants to do… something. I don’t know. The audio is bad. And Eric is mumbling. Eric wants to give someone a shot at the tag-titles. But he doesn’t know who “her” partner should be. I’m guessing “her” is ODB. Sting says that Eric will be ODB’s partner. Sorry, but are they talking about Eric Young being a Knockouts Tag Team Champion? Do they still have those belts? If so, why is Eric… you know what, fuck it. Sting paints up Eric’s face a bit, then Eric leaves. Sting continues talking to himself in the mirror. He’s talking about how crazy he is. I like Sting and all, but it’s incredibly embarrassing to watch every single time he does this.

Commercial. More TNA Knockout Basketball commercials. They say “TNA Knockouts Are The Girls Next Door”. Unless the girls next door happen to be strippers. I’m kidding. This is less dignified than stripping. 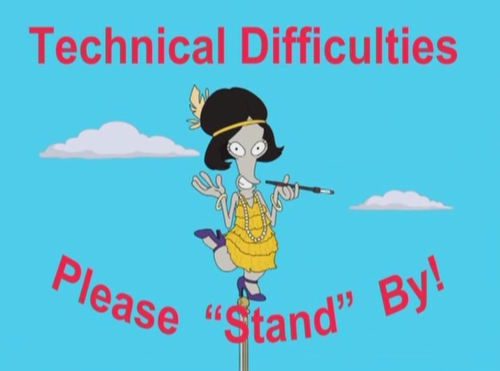 After the match, Eric Young gets down on one knee and proposes to ODB.

Then we go to commercial.

Then we come back, and Eric finishes proposing.

Then ODB takes that same ring and proposes to Eric Young.

They roll around and make out in the ring.

They show a video of earlier today, when some fat guy in a suit named “Joseph Park” showed up to see “Impact Wrestling Executives”. The announcers don’t know who he is. So I guess they just got cameras showing security letting random people on the lot. The security guy outside says he has to get permission to let Joseph on the lot. He goes off camera for maybe 4 seconds before telling Park to go on in and to have a good day. Taz and Tenay go all hushed over the situation.

Commercial. More Knockouts playing basketball, and we also get Matt Morgan beats up insurance executives in a speedo. He says it’s because he can’t afford proper insurance on a TNA salary. Good God, I’m only 35 minutes in.

This was a fun little match. It was cool that they were able to put 2 heels into a match like this and still have the crowd enjoy it. Aries is as solid as ever. Both guys did a heel schtick, which was kinda interesting. Some good high-risk top-rope stuff, and a nice dive to the floor. Zema tried to get to the hairspray at one point. They teased a ref bump that didn’t actually happen, which I couldn’t believe.

Awesome ending – Zema tried to hairspray Aries with the ref getting his bearings, so Aries just kicks him in the balls and hairsprays him instead. That was sweet. Anyway, the ref sees it, and Zema wins by DQ. Not a bad match for TV.

This Joseph Park guy is walking into Knockout dressing rooms without knocking. Apparently, he’s Abyss’ brother. He wants to know where Abyss is. He kicks one girl out of the room and asks Velvet where Abyss is. Velvet doesn’t know. He leaves. Segment over. Martin Shaw is telling me that Joseph Park IS Abyss without the mask. Okay, sure. Why not. Commercial.

Bully Ray is in the ring, calling himself calf-zilla. That’s kinda funny. He’s talking about how he keeps beating up James Storm. He wants to be the #1 Contender. He calls out Sting. Sting comes out acting all CRAZY, smearing more paint all over his face. If you want to see some embarrassing shit, YouTube this segment. I’ll just give you the gist of it. Sting says Ray can fight Roode like he wants, right after the break. Taz and Tenay wonder if it’s going to be for the title. Commercial.

Ladies and gentlemen, I’d love to stay, but my lifeboat just got here. The second half of this recap is being brought to you by our own JONAH KUE! Check out his most excellent article from earlier this week right here: http://wrestling.insidepulse.com/2012/03/06/kues-korner-kue-vs-pulse-vol-1-wwe-john-cena-the-rock/

Good luck, Kue. I hope this awesome show is as kind to you as it was to me.

Roode comes out. Ray yells at Roode to take his belt off and get ready to fight. I’m sure he mentions his calves again too. Ray shows he’s roughneck. Roode shows he’s finesse. Ray shoves Roode. Roode slaps Ray. Guess they’re really running with the feminine thing after that Eric Young title change. Back body drop and sidewalk slam by Ray. Roode reverses and hits a top rope lariat. The crowd starts chanting “you suck”, but it’s ambiguous as to who it’s for. Ray makes a comeback with rights, another back body drop, then eventually hits a Rock Bottom. Because if it’s one thing TNA needs to do, it’s remind people about a WWE PPV. Roode grabs Ray’s chain (Jesus, I’m pulling a double take after every sentence I write). James Storm runs in, chases off Ray, and hits a superkick on Roode. He kisses the title and leaves it on Roode. I’m guessing this sets up a triple threat. The match wasn’t bad, actually. And the ending progressed a storyline. Can’t ask for much more than that.

Garrett Bishoff is on camera to not tell us who his tag partner will be tonight. I’m going to go on record and say that that is the worst name in pro wrestling history. Fuck Brutus Beefcake. Garrett Bishoff has replaced you. And his similar appearance to Matt Hardy kinda pisses me off too.

There’s a paint commercial. I think I’m going to go find my soul paint. Is that kinda racist?

What the fuck is a Carl’s Jr?

The fat suit guy who is apparently is Abyss’s brother walks into Morgan and Crimson’s locker room. Then, he leaves and leaves us alone with a Morgan/Crimson promo. I fucking hate Abyss’s brother.

Robbie E and another letter come out for a no. 1 contender’s match for the tag titles. And they’re fighting….you’ve got to be kidding me.

MORGAN AND CRIMSON?! I picked the wrong week to start watching Impact. Two guys who can’t wrestle win. One of them apparently beat up some insurance people in a speedo. So I hear.

AJ Styles is next. A little hope, at least.

If anyone is catching “Silent House” this weekend, shoot me a recommendation. I’m curious, but not opening weekend curious.

Video promo of Kazarian, Daniels, and Styles. I hope the payoff to this feud is worth all this confusion. I like these three, but this program is doing little for them.

Styles is out. Gets a great reaction from the audience. He puts TNA over before getting cut off by Daniels and Kaz. Daniels cuts a decent heel promo, saying his friendship with Styles did nothing but cost him. Kaz basically calls Styles out for…being a face? Good God, Daniels as miles ahead of these two on the mic. And here comes………oh, fuck me in the ass with a broom. Anderson is out and helps Styles clear the ring. Not promising. Anderson in the ring with Styles, Daniels, and Kaz? TNA can’t afford to get those three injured.

Apparently, the Knockouts like to get physical, they like to break rules, and other phrases that a woman behind a glass screen would say to you. For some reason, this makes me want to buy TNA merchandise.

Gunner and Angle come out, followed by Garrett Bishoff, who has music that matches his fucking horrid name. And his mystery partner is….Jeff Hardy. Well, predictable, but I suppose it makes sense. Crowd chants heavily for Hardy.

Match starts with Angle and Gunner double teaming Hardy. Angle starts and has a clear advantage on Hardy. Gunner pulls off the typical heel apron stuff on Hardy. Snap suplex and a nearfall by Angle. “Gunner sucks” chant. Hardy is isolated as Gunner gets tagged in. Gunner has control and keeps him in the corner before tagging Angle.

Commercial break. Jesus, this is enduring. I don’t know how Blair does this.

Kue Fact: Did you know that if you omit Hulk Hogan’s scene from Rocky III entirely, it would not hurt the plot at all? Seriously, it had nothing to do with the rest of the film. NOT A DAMN THING.

Hardy is being worked on by Angle. He tries a comeback, but Angle hits a belly to belly. More doubel team moves and tags by Angle and Gunner. Angle hits the ankle lock, but Hardy reaches the ropes. Gunner gets tagged in and hits a suplex for a nearfall. Angle gets tagged in, gets caught in a school boy for a nearfall. Angle tags in Gunner, who locks in a sleeper on Hardy. More “Gunner sucks” chants. Hardy fights back and hits “Whisper in the Wind”. Bishoff gets the tag and starts taking Angle down with token offense. Flapjack, and a dropkick knocks Gunner out of the ring. Stunner and cover over Angle gets broken up by Gunner. Hardy gets a blind tag. Bishoff knocks the heels down, Hardy hits a Swanton on Angle and picks up the win.

Main event was good, with basic tag psychology. But everything else about this show….I’m glad I’m not doing this every week.

You owe me a steak, Blair!

What?!?! Ken Anderson isn’t gone anymore?!?! That was one of the only things this show had going for it.

Anyway, this has been “That Being Said”. I’d like to thank my man Jonah Kue for helping / bailing me out. I am actively soliciting people to do the same for next week’s show – no reason Kue should have to suffer twice. Unless of course, we find someone to do this on a permanent basis. Anyone willing to do so should shoot me an e-mail at bdouglas@4sternstaging.com, and, just to clear the rumours up, yes, I’m willing to let you hit me in the face with it.

“Air Up There” will appear at it’s regularly scheduled time tomorrow. In the meantime, check out my man Martin’s article from this week if you haven’t already: http://t.co/fUYB4IQO.

BD writes about professional wrestling on Inside Pulse until he has to stop because he's about to have a stroke. Any “errors” that are made on his part are, of course, intentional and represent an artistic choice. He acts as a kind of fly paper for the emotionally disturbed.
More from this author