Michael Shannon Cold As Ice In Poster For The Iceman

If you missed last year’s Take Shelter, you missed one of the strongest performances of the year with Michael Shannon playing a father who experiences vivid dreams and hallucinations of what he thinks may be the storm to end all storms. This year, he goes from the psychological to cold and calculating as he stars in The Iceman, a true-to-life hitman chronicle directed by Ariel Vromen (who previously helmed the features Rx, Danika).

Based on Anthony Bruno’s non-fiction novel The Iceman: The True Story of a Cold-Blooded Killer, the project looked to pick up steam when James Franco and Benicio Del Toro looked to star, but then the production struggled to get off the ground. Instead, the project has obtained a decent cast. In addition to Shannon, Iceman star Ray Liotta, Chris Evans, David Schwimmer and Winona Ryder.

The story follows the exploits of Richard Kulinski (Shannon), a most notorious mob hitmen who claimed over 100 kills all the while keeping his identity secret from his wife and kids. Schwimmer plays fellow hitman Josh Rosenthal with Liotta as his mob boss Roy Demoe, Ryder as Shannon’s wife and Evans as his mentor. 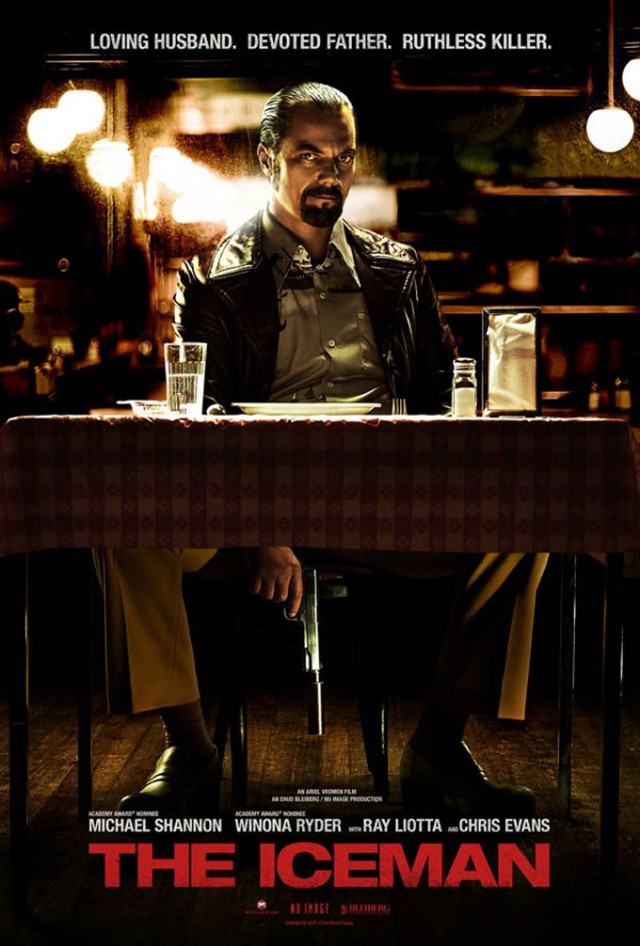 The Pulse: You had me at Michael Shannon and hitman. Seriously. The guy has been on fire of late. Ever since his turn in William Friedkin’s Bug, I’ve been keen to follow what projects he’s considering. And with his Oscar-nominated turn in Revolutionary Road and his above-mentioned work in Take Shelter, Shannon definitely has range. The Iceman may be a so-so docudrama about a ruthless killer/family man, but with Shannon in the starring role I’m more than intrigued.