…as revealed in this week’s Batman Beyond Unlimited #3. The question is whether this is an intact version of that pre-Flashpoint Earth or whether it only contains significant parts of it.

UPDATE: In response to this column DC Comics co-publisher has confirmed that the Beyond Earth is not rooted in the pre-Flashpoint Earth. So, it would appear that the latter proposition above is the case namely that the Beyond Earth “contains significant parts of it” including the Curt Swan era, John Byrne era and even a bit of Kingdom Come thrown in.

Now, this isn’t a spoiler per se. You need only look at the cover to the issue and the pre-Flashpoint Superman costume that adorns it.

It is that old school Superman costume. The “classic” pre-Flashpoint one? Sure looks like it.

Before I get to the 2012 interior reveals, I want to remind readers of what Adam Beechen said in 2010 to CBR when the pre-Flashpoint Batman Beyond ongoing series was green-lit:

My idea is to continue tying existing Batman continuity to what we’re doing with “Batman Beyond” as much as we’re able to do. I want to throw nuggets in that long-time Batman comic book readers will be familiar with while still respecting the future that’s been created by the “Batman Beyond” animated series. It’s a bit of a challenge to do that – trying to reconcile those two ideas – but it’s also part of the fun of writing this book. We make sure that all the potential audiences get something out of it in order to turn it into one big audience.

The Batman Beyond: Hush mini-series (highly recommended by me and available for purchase in collected form) was the first comic book series that moved past the animated kids comics of the Johnny DC line and brought a more modern adult take to the character and story in keeping with other DC super-hero comics. In addition, the appeal of the book – even noted by writer Adam Beechen above – was also the attempt to make Batman Beyond a natural continuation and future of the then modern DC Universe circa 2040. The same way the Legion of Super-Heroes occupied a later part of the future real estate of the then DC Universe circa 3012 in the New 52.

Naturally, Flashpoint changed all that with the merging of the pre-Flashpoint DC Universe, the Vertigo Universe and the Wildstorm Universe to create what we know now as the New 52 DC Universe rooted in Prime Earth.

So, when the solicitation for Batman Beyond Unlimited #3 came out with THAT cover above, I wondered if it was to change by publication date. We know that some DC Comics series had been in production well before the launch of the New 52. Batwoman was one example and it had to have some revisions made to it, due to the elapsed time, that removed Azrael and Lady Blackhawk for its sophomore issue as reported on by Bleeding Cool last October. 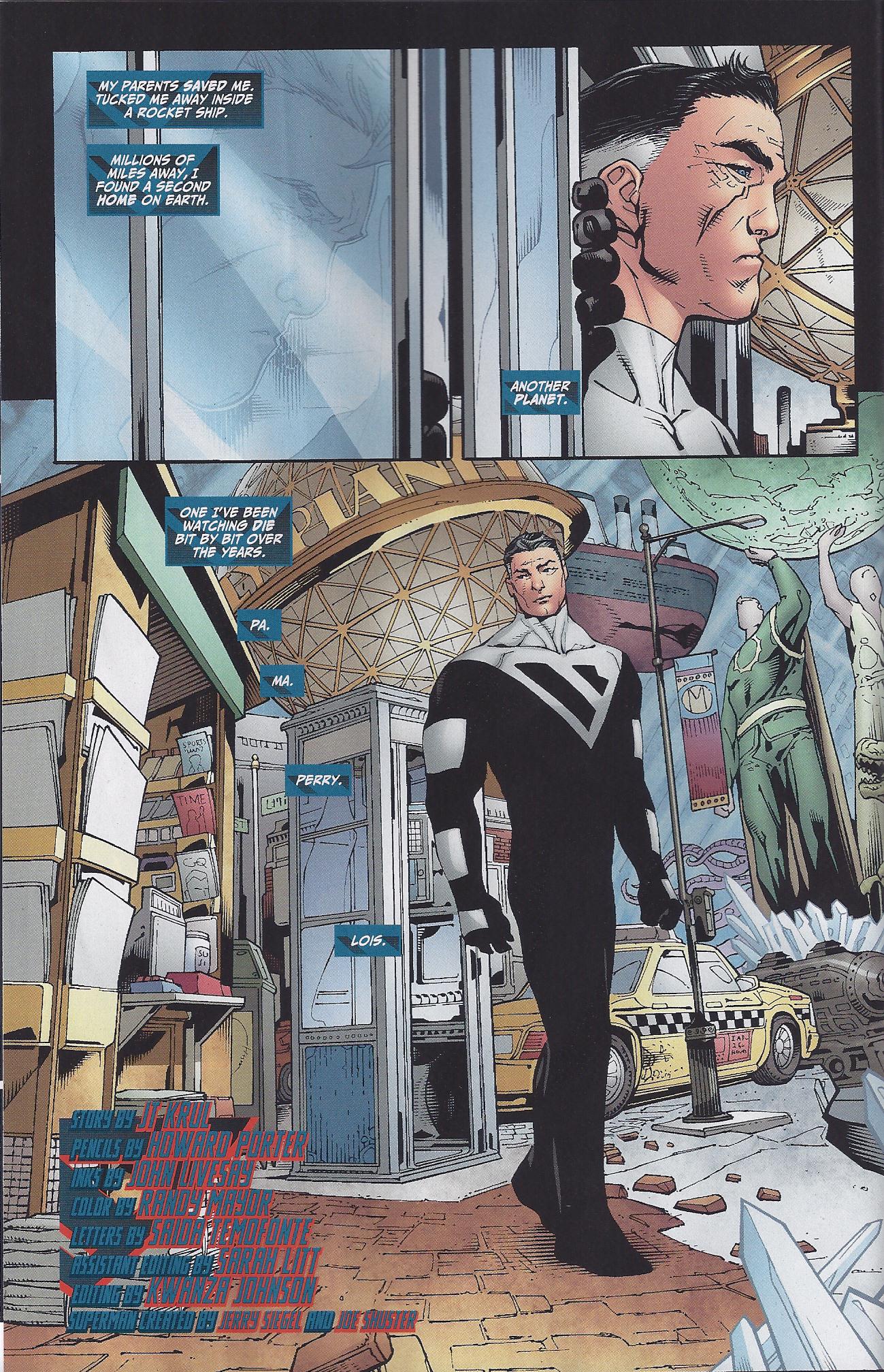 What do we make of Batman Beyond Unlimited #3’s opening Superman Beyond story written by J.T. Krul.

Is it an uncorrected version of a story that was to be published pre-New 52?

Does it represent a parallel earth in the New 52 where much of or part of the pre-Flashpoint universe exists?

The page on the left from the issue includes Silver Age Curt Swan like designed sculptures of Superman’s Kryptonian parents holding up a version of the doomed planet Krypton. 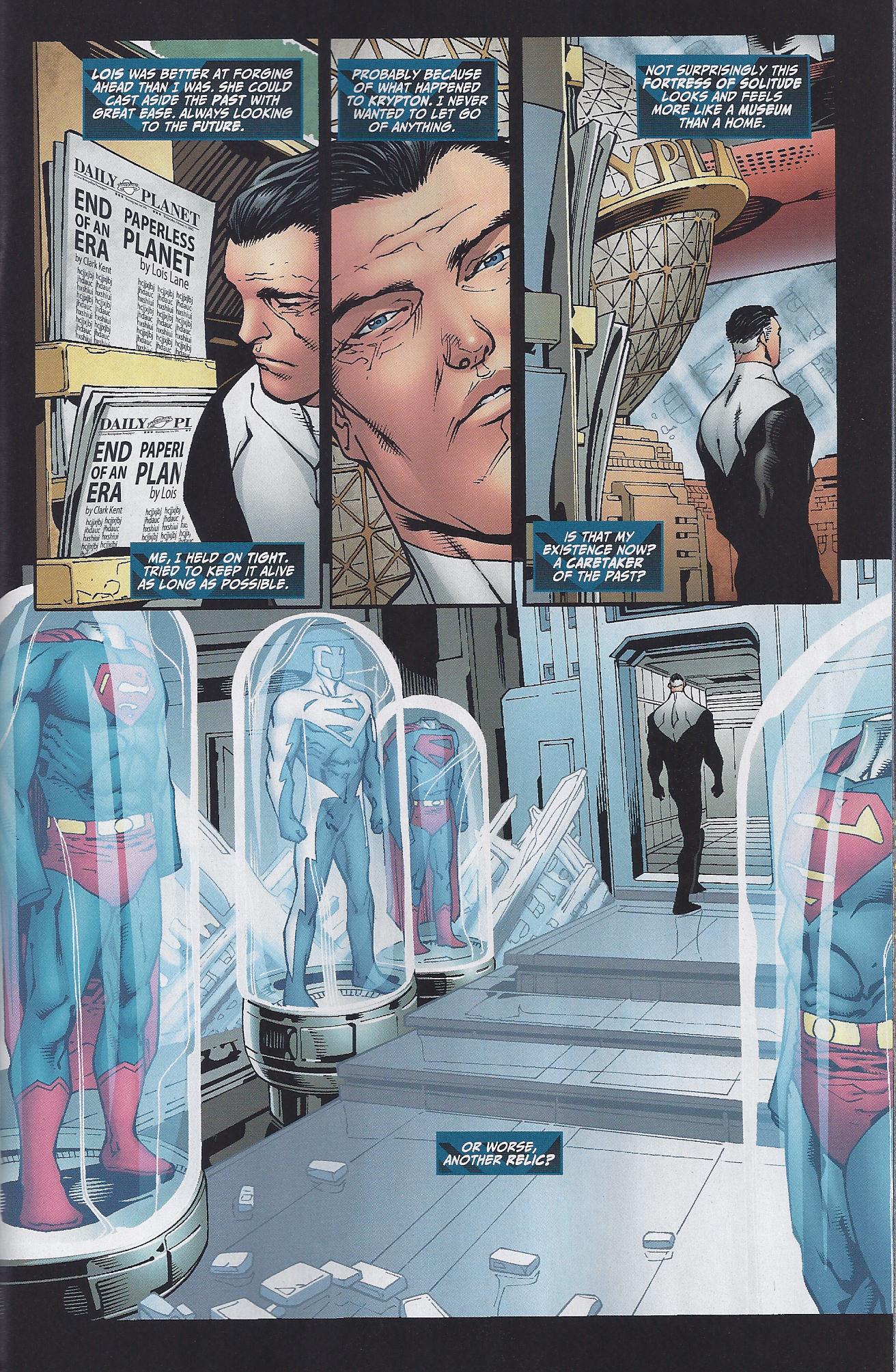 There is no glimpse of the New 52 Superman costume in that page at all. Interestingly, DC Entertainment appears to be ensuring that the upcoming new all-ages kid-friendly Superman Family Adventures #1 has Superman in his new costume (see below left cover image), but not in Batman Beyond Unlimited?

So, does DC Comics Co-Publisher Dan DiDio have his covert reset button? Is the year 2012 in the past of the Batman Beyond Unlimited timeline DiDio’s pre-Flashpoint safe spot? Hmmm.

Does that make Dan DiDio’s New 52 basically a comic universe version of J.J. Abrams‘ Star Trek movie franchise relaunch? All the old stories happened, but due to one event early on (in JJ’s case Spock travelling to the past due in part to “Red Matter”) that changed the modern time DCU events as we know it?

Using DC Comics logical, if the Batman Beyond Universe series does not take place as a future version of the current New 52 “Prime Earth” timeline, then it takes place on a parallel Earth. Is that parallel home the one we remember pre-Flashpoint or is it an amalgam of other worlds and times like DC’s pre-Crisis of Infinite Earths / Silver Age editorial architect Julius Schwartz era DC, with parts of the post-Crisis John Byrne world, with elements of post-Infinite Crisis and pre-Flashpoint Earth?

Or… are these Superman costumes (including the classic one on the cover) Easter Eggs by DC for fans? Or even… a mistake based on timing of release of the issue (although if Batwoman had sufficient time to be doctored, I’m sure DC could have done it to Batman Beyond Unlimited #3)?

Interesting pages to ponder from this week’s Batman Beyond Beyond #3.

What say you fair readers?

Virtual Private Network: 9 Things You Can Use It For