When DC Comics New 52 launched in September 2011, a Hawkman named Carter Hall debuted adorned with the 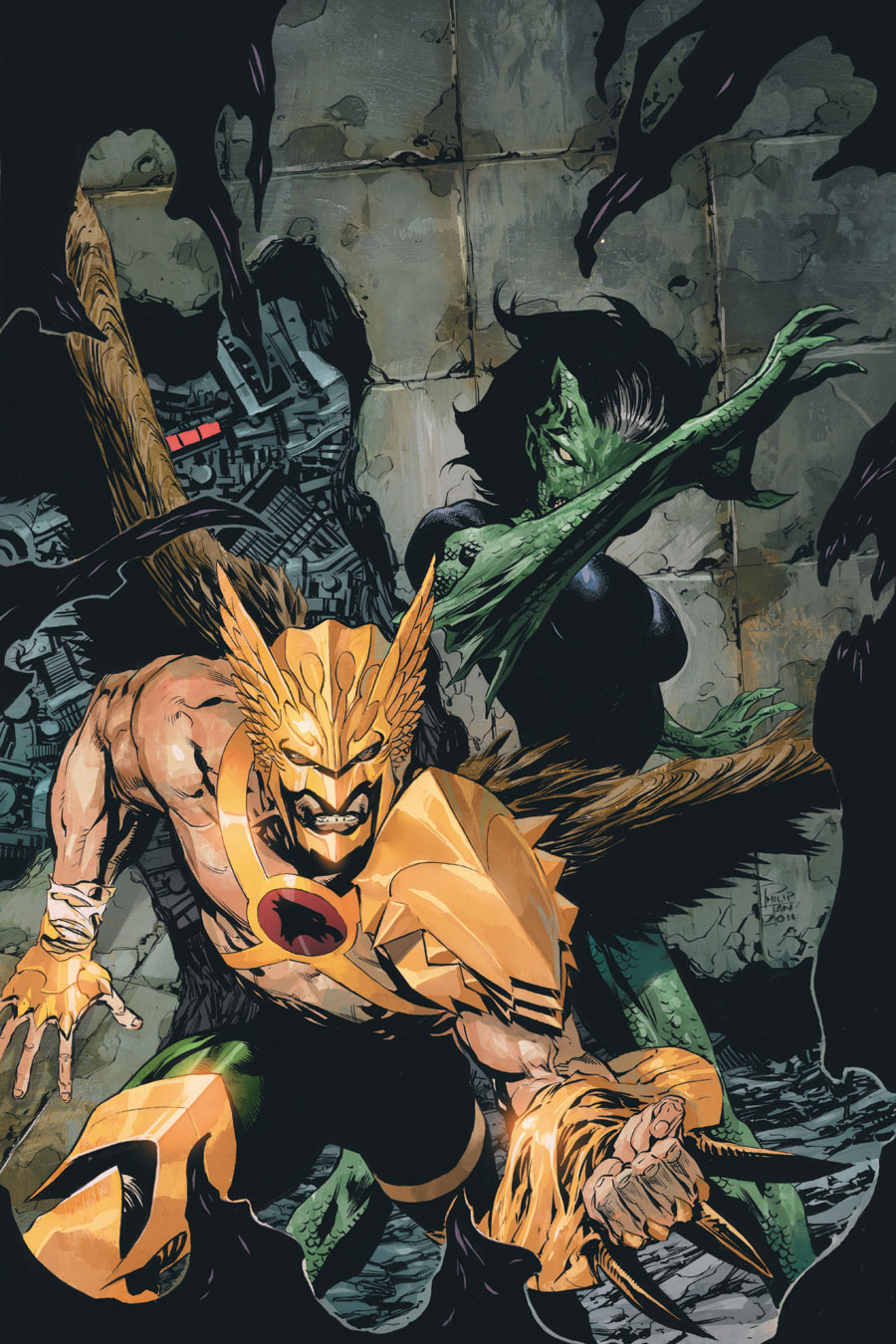 Thanagarian symbol that has been the icon for all things “Hawk” in the DC Universe for generations. There was a neglected nugget thrown into this Savage Hawkman series, by writer Tony Daniel and artist Philip Tan, early on that points to this Hawkman being a bit more connected to an alien than his alter ego name may typically imply to long-time readers. More on that in a moment.

For folks that don’t recall, Hawkman has been a damaged property for DC since probably the 1990s. I’m not sure why its been so up and down, but it has been. Although, I imagine trying to have two characters with deep and rich comic book roots in a single universe after the 1980s Crisis on Infinite Earths was probably a key complication.

The character has Golden Age roots where a fellow named Carter Hall debuted in 1940 as the reincarnation of an Egyptian Prince. An archeologist by trade, he found something called “ninth metal” that had gravity defying properties that allowed whomever wore it to fly. He adorned a costume that resembled a flying gladiator and took to the skies as Hawkman. He had a plain red circle on his harness on his chest. 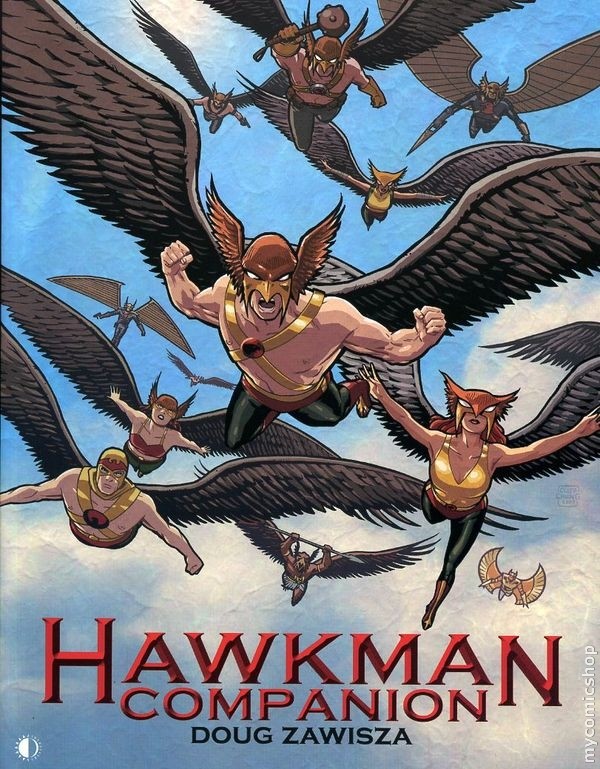 In the Silver Age, a new Hawkman emerged in 1961 that was more sci-fi based. He was Katar Hol a policeman from the alien planet Thanagar. His costume was similar to the Golden Age version with the red harness symbol now having a black hawk-head symbol at its centre.

These were essentially the two Hawkmen of the DC Universe. Despite a few reboots, relaunches, time-bending threats, they remained DC’s Hawkmen. The most recent pre-Flashpoint version had them as, essentially, one person building the alien into the reincarnation cycle of Carter Hall. Throughout time there has always been a (hawk) man and a (hawk) woman (“girl”) that were imbued with the spirits of star-crossed Egyptian Prince and Princess lovers, and had access to (a slightly renamed) “Nth metal”.

I’m condensing years upon years of history, but if you’re interested check out TwoMorrows’ Hawkman companion. It’s a great read. 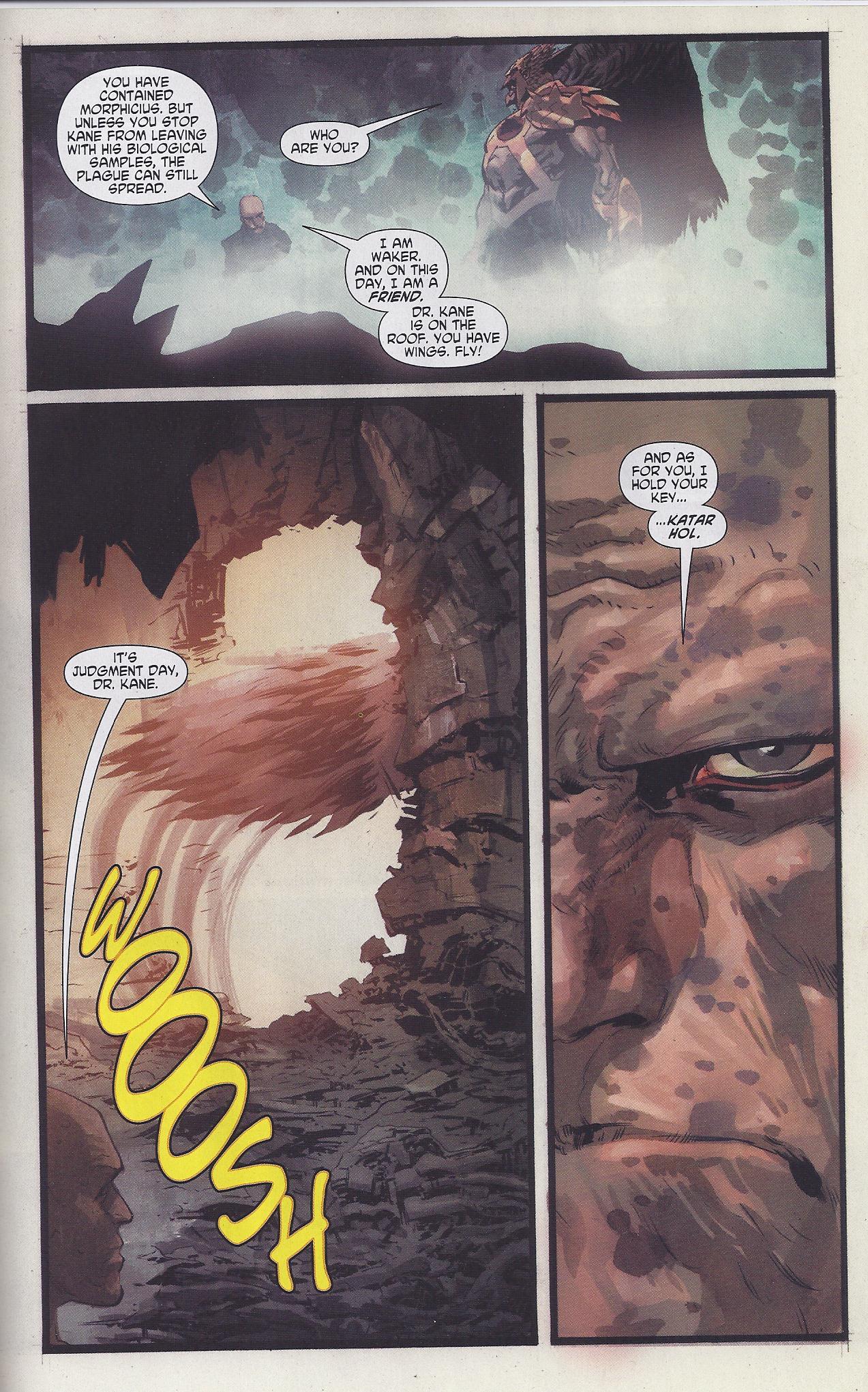 Anyhow, while the New 52 version of the “Savage Hawkman” has Carter Hall and the Nth metal as one, essentially his Hawkman costume wings and all spring from inside him now, it would appear there is more Silver Age in this Carter Hall than was expected.

In the Savage Hawkman #4 we were greeted by a few passing panels that essentially indicate that Carter Hall is the Thanagarian Katar Hol.

As we know, this new universe is not at all like the DC of the past, but it would appear Carter is more alien than even he knows. 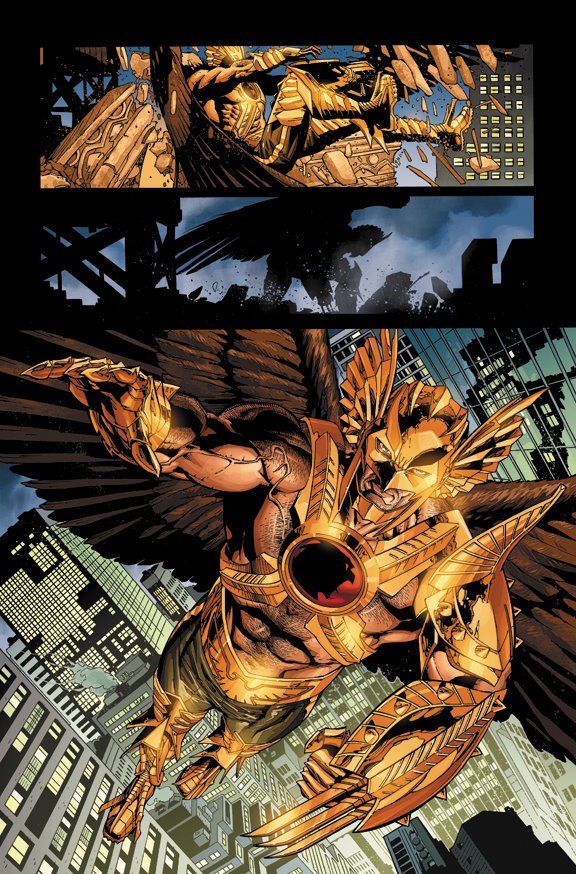 With Rob Liefeld taking over the reins of the Savage Hawkman series starting with this month alongside Deathstroke and Grifter – all three books are getting a hefty dose of sci-fi under the new creative regime. It certainly seems like the right time to explore this Katar Hol subplot further.

To add a bit more intrigue to the Hawkman New 52 mythology we can also turn to the pages of All-Star Western by writers Jimmy Palmiotti and Justin Gray with artist Moritat. In the series currently, DC Comics’ western heroes Nighthawk and Cinnamon are fighting alongside Jonah Hex and Dr. Arkham in the 1880s and even getting their own co-feature in each issue. How does this play into the Hawkman puzzle? 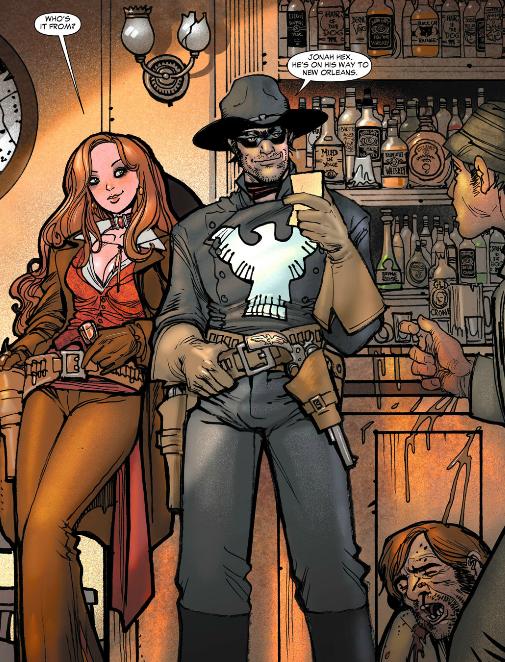 Well, pre-Flashpoint, not only was Katar Hol’s Thanagarian police persona a past life of Carter Hall, so was the western hero Nighthawk with Cinnamon also being the reincarnation of the Egyptian “Hawkgirl” princess. Certainly, in All-Star Western, the Hawkman connection has not been revealed, but it is an interesting development in New 52 lore.

Trying to have Carter Hall and Katar Hol in the modern age co-exist in the DC Universe has resulted in several series intended to put a “definitive” stamp on the character(s). All have been short-lived despite some critical acclaim including the 1980’s Shadow War of Hawkman and John Ostrander’s Hawkworld, and even the 2000’s Geoff Johns’ Hawkman in the pages of then JSA and in a solo Hawkman series. 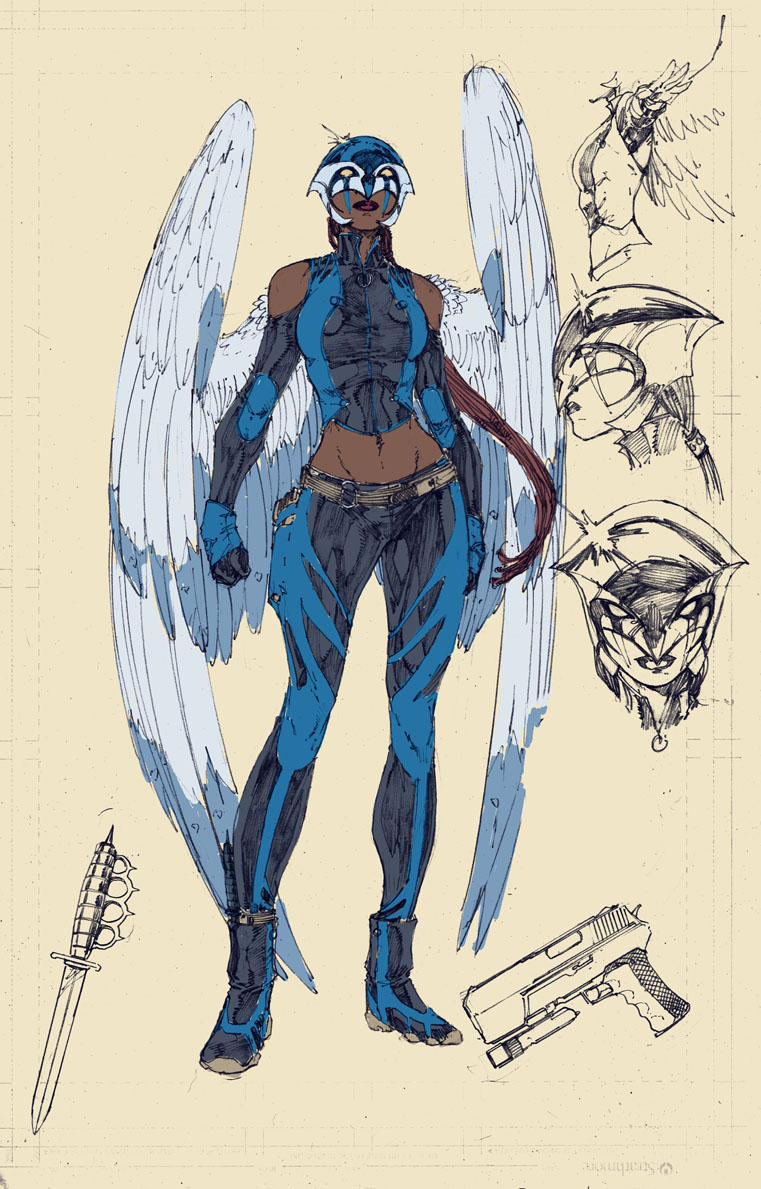 However, in the New 52, DC has an opportunity to figure out a way to make Carter Hall and Kator Hol relevent to modern readers on DC’s main Prime Earth. So, while writer Rob Liefeld, scripter Mark Poulton, penciller Joe Bennett and inker Art Thibert put their stamp on DC’s “definitive” Hawkman, writer James Robinson and artist Nicola Scott seem to be trailblazing on Earth 2 with a familiar Hawkgirl, Kendra Saunders, on a new world seemingly ready to assume a major role on that Earth’s Justice Society and even replacing Batman as that Earth’s primary sleuth. The look of the new Earth 2 Hawkgirl was designed by Teen Titans artist Brett Booth and any Thanagarian symbols are noticeably absent from the design.

The success of the New 52 has been that we just don’t know what’s around the next corner. Things may seem similar, but there are some interesting curveballs thrown in. Fans of Hawkman lore may well need to pay attention to three New 52 titles: Savage Hawkman, Earth 2 and All-Star Western. :)