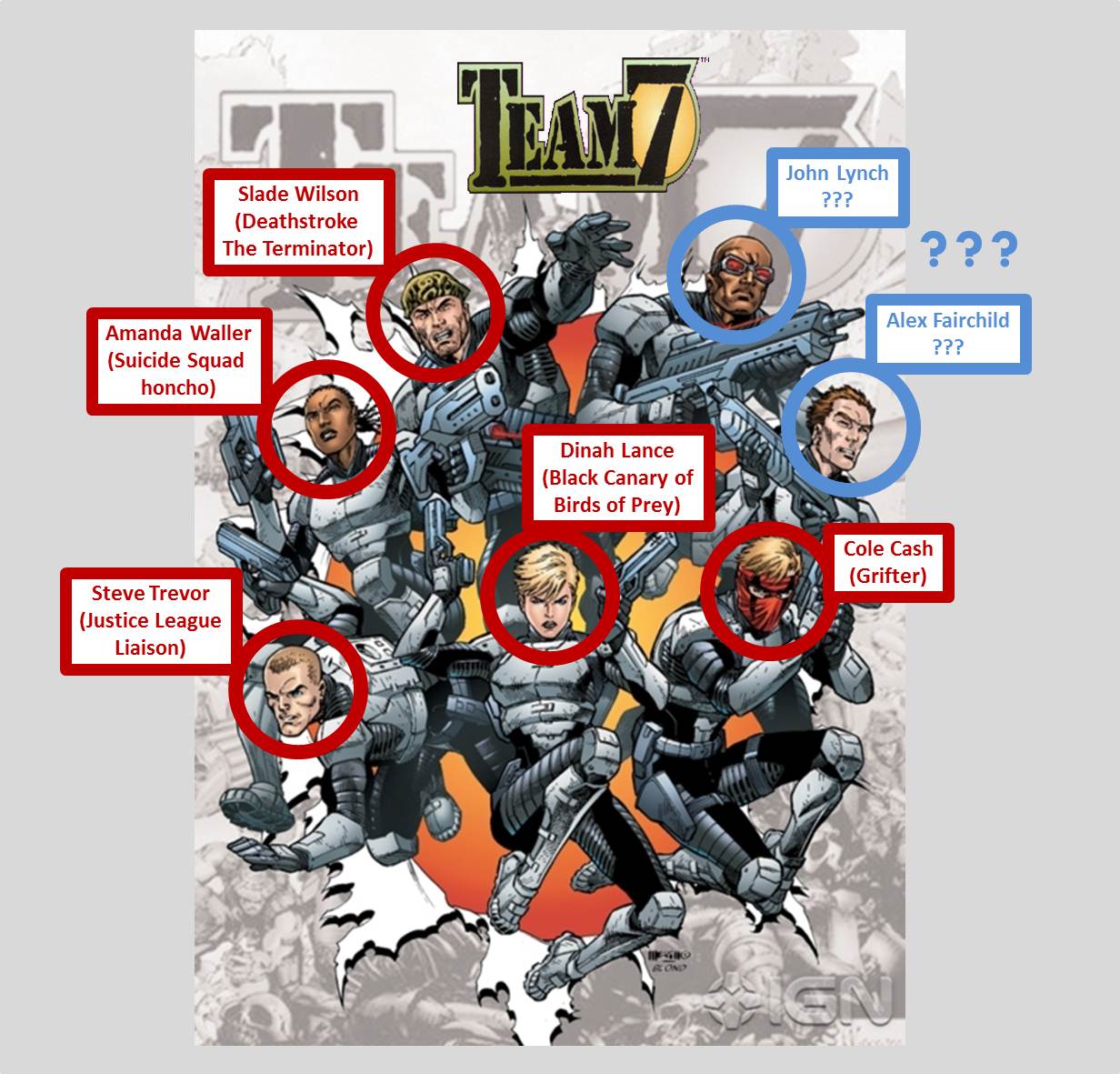 In looking at the cover for Team Seven #0 most of the characters match up quite directly with the solicit except for two: Alex Fairchild and John Lynch. Both are Wildstorm icons. The former was the father of Caitilin Fairchild (in the New 52 she is leading The Ravagers) while the latter had an affiliation with Wildstorm teen team Gen13 (which used to include Caitlin). Well, there’s no Gen13 in the New 52 that we’re aware of and in Wildstorm both these characters were caucasian.

However, the two not-so-self-evident characters on the upper right part of the Team Seven #0 cover includes one African American and one caucasian. So, which Wildstorm icon has had their ethinicity change in the New 52? Or does the cover no represent the final line-up? Could the African American be Peabody, Slade Wilson weaponeer introduced by writer Kyle Higgins in the Deathstroke series?

This follows speculation that a classic Justice Society iconic founder may actually be African American now in the James Robinson penned and Nicola Scott penciled series Earth Two. Interesting that the media focus has been on the extreme right and extreme left tug of war over a Green Lantern’s homosexuality and this ethnicity speculation has largely gone unreported about Earth 2 #2.