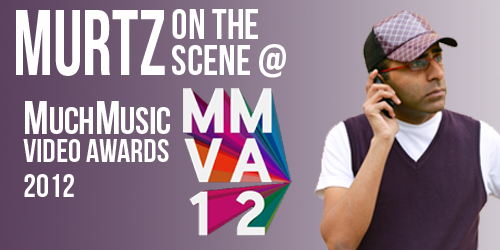 TORONTO – The MuchMusic Video Music Awards are more of an experience than an event where celebrities are celebrated and remaining unpredictable is just as important as taking home a trophy.

If you were lucky enough to be in the vicinity of the 2012 MMVA red carpet impressively structured in front of Much HQ at 299 Queen St. W., you would have seen Justin Bieber running around with a baby (easy Mariah Yeater, it was just his baby brother Jaxon), Perez Hilton sporting an afro wig, the kids of Degrassi looking more glammed up then they ever could be for a highschool prom, and every reporter there asking who the guy in the space suit was (turned out to be Diamond Rings’ frontman John O). 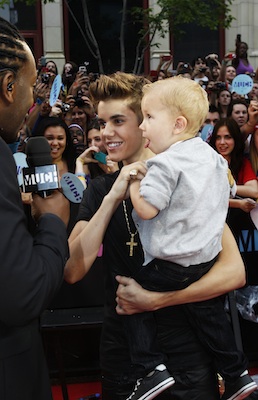 While the show has gotten progressively younger both in its target audience and its demographic in recent years, the overall MMVA mantra (also emphasized at the beginning of the show in the opening advisory) remains the same. Anything can happen. As a result, the MMVAs remain Canada’s most exciting and electrifying live broadcast.

If we are calling a spade a spade, however, the awards and who win them don’t really matter. The MMVAs are primarily remembered for specific moments and the true winners of the night are the performers who are being talked about the next day. In that respect, Carly Rae Jepsen came out the victor both in terms of hardware taken home and for the number of moments produced. 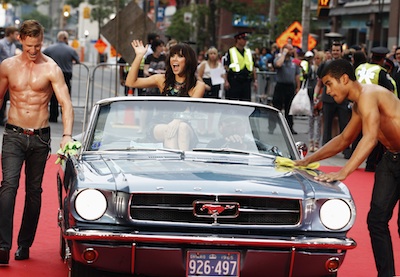 The former Canadian Idol competitor took home three awards in total (for Video Of The Year, MuchMusic.com’s Most Watched Video, and UR Fave Video Of The Year for “Call Me Maybe”). For me these were footnotes compared to her surprising collaboration with Flo Rida on “Wild Ones” on stage. Jepsen filled in remarkably well for Sia, displaying her incredible versatility for the first time and the result was exactly what the MMVAs are all about. The performance was innovative, unpredictable and seeing the innocent Jepsen rock out with the shirtless Flo Rida was the highlight of this year’s show. When she wasn’t showing her wild side, arriving in a blue convertible or performing her title track, Jepsen was accepting more awards than anyone else and it really felt like she was on stage for the majority of the program.

Really, the only performers who could even challenge Jepsen’s stage time were the hosts of the elaborate proceedings, LMFAO. Despite their loud personalities and amazing ad-libbing skills, Redfoo and SkyBlu had never hosted an awards show prior to this one so it was interesting to see the electropop duo operating out of their element. One of the best segments of the night was them receiving hosting advice from last year’s chair, Selena Gomez. 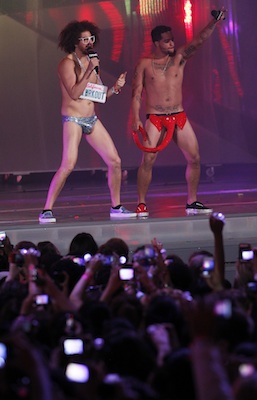 LMFAO… not your typical hosts

– Justin Bieber closing out the show and taking home awards for International Video Of The Year By A Canadian and UR FAVE Artist.

– Marianas Trench winning two awards from their incredible seven nominations, accepting honors for Cinematography of the Year and Best Pop Video of the Year

Also, I will let you know what happened in my pursuit of the elusive Carly Rae Jepsen interview.

Video Of The Year
Carly Rae Jepsen – “Call Me Maybe”

Pop Video of the Year
Marianas Trench – “Haven’t Had Enough”

International Video Of The Year By A Canadian
Justin Bieber – “Boyfriend”

Director Of The Year
Danny Fernandes f. Josh Ramsay and Belly – “Hit Me Up”

Post-Production Of The Year
Down With Webster – “Big Wheels”

Cinematography Of The Year
Marianas Trench – “Fall Out”