Second Trailer For DreamWorks Animation’s Rise of the Guardians 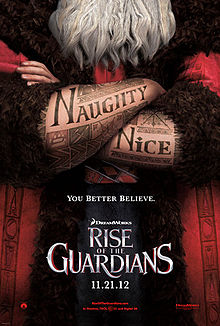 DreamWorks Animation has revealed a new trailer for Rise of the Guardians.

Based on William Joyce’s Nicholas St. North and the Battle of the Nightmare and executive produced by Joyce and filmmaker Guillermo Del Toro (Pan’s Labyrinth, Hellboy), the animated adventure has Santa (Alec Baldwin), the Easter Bunny (Hugh Jackman), the Tooth Fairy (Isla Fisher) and the Sandman (Tom Kenny) enlisting the help of Jack Frost (Chris Pine) as they team up to stop the evil spirit Pitch (Jude Law) from taking over the world.

Rise of the Guardians is directed by Peter Ramsey and opens November 21st.