“Teen Titans #0 is almost exclusively about Tim Drake. We keep most of the origin in tact,” 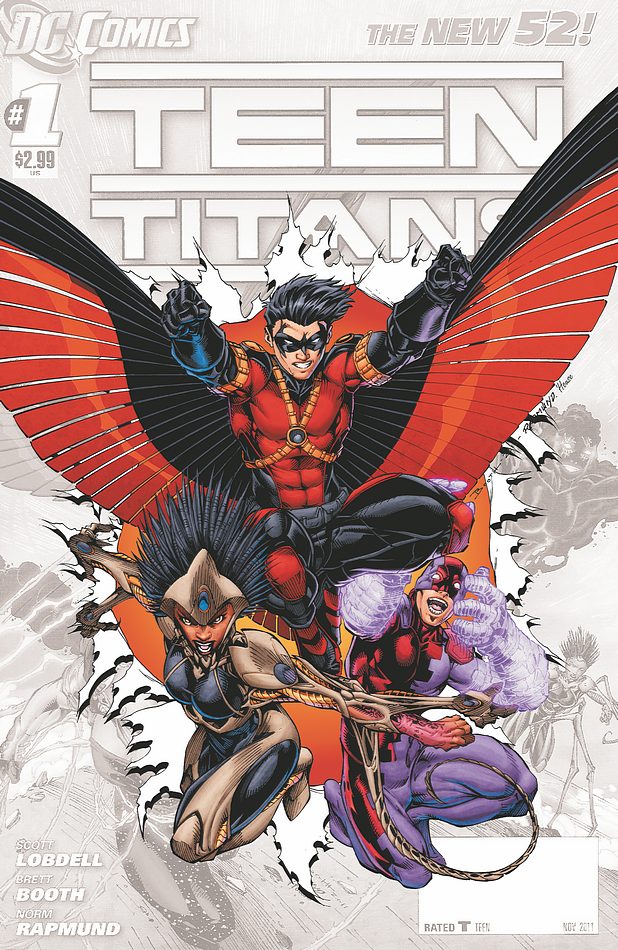 he says, though stating that as far as he can tell Tim Drake went straight to being Red Robin and had no official time as Robin, “in that he was one of the few people to get really close to tracking down who Bruce is. It’ll feel like The New 52. It’ll be a new, updated version of the origin. I’m really excited about it. No less a person than Scott Snyder said it was awesome.”

Then as part of the Young Justice panel’s Question and Answer portion, we had the following exchange:

So, no confirmed Teen Titans before the current crop. Tim Drake has only been Red Robin; never Robin. And, per the last line above, the DC Comics New 52 plans are bit more organic than concrete. ;)