AVX Spoilers: What Happens When Wanda Fights A Phoenix?

For several weeks now we’ve come to understand that the Phoenix Five wants nothing to do with the Scarlet Witch. She shows up and they either bail right out or take extra precautions. Probably fearing that she might just say “No More Phoenix” or something as neutering as “No More Mutants”. 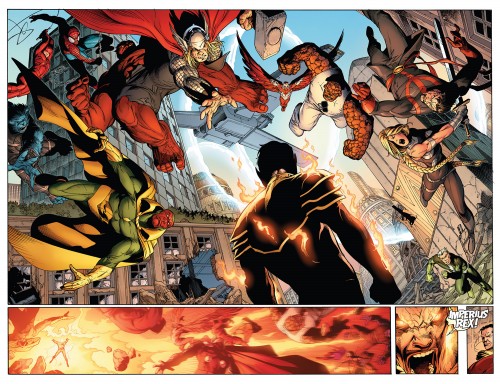 So Avengers Vs. X-Men #8 features her as the final wave of attack against Namor in Wakanda. He takes on their entire numbers; from Red Hulk to Dr. Strange to Thor to Thing. It’s Wanda who finally faces him with a stern look, wave of her hand, and enough energy to knock her out. This act is enough to force the Phoenix energy out of Namor’s form, returning him to normal. 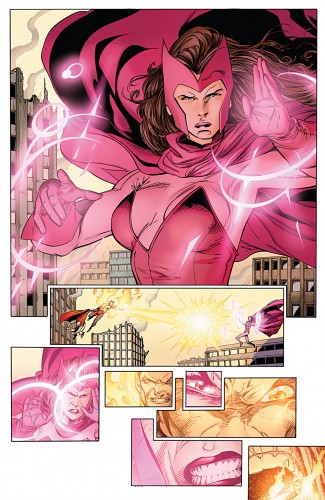 And then promptly spreads out amongst the rest, further empowering the, now, Phoenix Four. 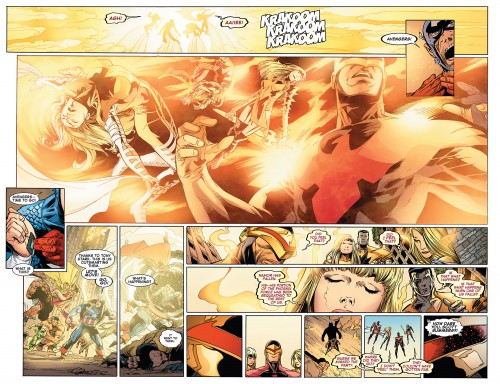 So the power just wants a single containing shell, who wants to bet that it will be Scott?