AVX Spoilers: Who Is The Greatest Threat To Scott Summers?

Despite that Wanda just turned the Phoenix Five into the Phoenix Four, it doesn’t seem like it’s something she can just snap her fingers and do. She knocked herself out taking down one, and now the other four are stronger for it. She might be dangerous, but there’s something who could very well be the most dangerous man Scott Summers has ever faced. 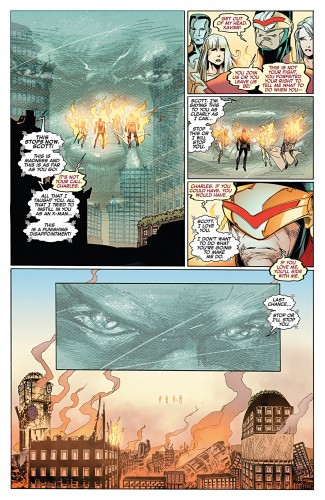 A pissed off Charles Xavier.

DC Comics & The Flash #779 Spoilers & Review: Wally West’s Flash Family Gets Amped Up For The Next War?!