Weekend Box Office: The Dark Knight Rises In Wake Of Tragedy To $161.1 Million 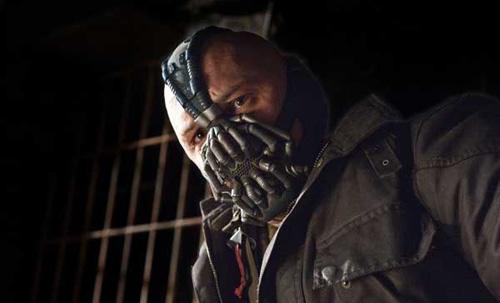 Each Sunday I compile a report for Inside Pulse Movies of what transpired at movie theaters across the country as a means to have it ready for readers as they grab enjoy a coffee or bagel on Monday morning. But the event that took place in Aurora, Col. after 12:00 a.m. Mountain Standard Time on Friday, July 20th, 2012, has led to much discussion about gun control, mental illness, et al., on the 24-hour news cycles. And while Warner Bros Pictures has decided not to release its box office results this weekend until Monday, I can tell you some of box office estimates. In spite of the theater shooting in Colorado, the entire weekend should be up around +35% over this time last year, thus proving how resilience the public is in the wake of such a senseless act and wanting to enjoy the shared experience of watching films in a communal setting. While the movie industry may be rocking at the expense of one psychotic gunman, leading to debate nationally and internationally on a myriad of topics include the sociological effect of violence in the media, let’s just get back to business and see how movies fared over the weekend shall we?

Friday saw theaters do gargantuan business with The Dark Knight Rises debuting on 4,404 screens. Three thousand of those screens were available for midnight showings, where the much-anticipated film made $30.6 million from that showtime alone. The finale of Christopher Nolan’s Dark Knight Trilogy had an early estimate of bringing in roughly $77.2 million Friday. However, that number has since been adjusted to $76.1 million. The figure was still enough for the film to rank third all-time opening day and the best 2D single day. Rises set pre-sale records, so even if a person no-showed after the Colorado theater shooting, the film made money regardless. The film suffered some steep drops on Saturday and Sunday, as compared to The Dark Knight four years ago, but the midnight showings contributed heavily so dropping down on the second and third days wasn’t a shocker. The weeks and months after the Batman Begins sequel arrived in theaters it pretty much dominated the box office playing for 33 weekends and grossing $533 million. As a box office anomaly, The Dark Knight is one of the few movies of recent memory where it has a higher domestic return than international gross. Typically, international receipts account for 60 to 75 percent of the total lifetime gross.

In the weeks ahead, The Dark Knight Rises will have to contend with the likes of Total Recall and The Bourne Legacy. Outside of those, once the discussion over this film’s non-role in the shooting settles, it will probably be in the top five through the start of September.

If anything perhaps the shooting will make Hollywood take note of how frenzied it has become to have a #1 opening. Remember when midnight screenings were a rarity, usually reserved for “event” films? Now they are common practice for almost any release. This includes animated fare. Honestly, what sane parent would take a child to see an animated movie at midnight? And except for advertising and bragging rights, opening weekend numbers don’t matter. I’m more about the longevity a film has in theaters. Take the romantic comedy My Big Fat Greek Wedding. It became one of those sleeper hits when it opened in 2002. It also never finished a weekend in first place. Yet, it played for 360 days, 52 weeks in all. It also made $241 million domestically, making it the highest-grossing romantic comedy of all-time. Of course, you know studios won’t be hip to give their films a greater shelf life, so that they can allow for more conversation and be observed by friends and colleagues weeks after their releases. That would be too simple, and Hollywood is all but simple.

With The Dark Knight Rises as the only major Hollywood release over the weekend, a number of films were hoping to benefit from the spillover. The biggest of which was Ice Age: Continental Drift. Most likely, the fourth in the series should half its $46 million opening weekend and top out with a two-week figure just below $90 million. Just like its predescessor, Ice Age: CD looks to be a bigger hit internationally with close to $500 million earned. This animated release looks to be one of those 75/25 ratios of overseas vs. domestic numbers.

The Amazing Spider-Man also looks to be doing killer business worldwide but will need help if it is going to eclipse $300 million like Sam Raimi’s Spider-Man Trilogy accomplished. A more manageable figure would be $250-$275 million and a global total of $800 million. So basically, the proposed sequel release date of May 2nd, 2014 is all but assured.

Don’t look now, but there’s a possibility when the actual box office numbers are released that the raunchy comedy Ted may finish ahead of Spider-Man. (Wouldn’t that be “amazing”?) Only a few $100k separate the two films. And from a numbers perspective, Ted came surprisingly cheap for a summertime release. But $50 million is a hefty price tag for a mainstream comedy not headlined by a Sandler or Ferrell. Though Mark Wahlberg is handsomely paid for the movies he does that aren’t passion projects (see The Fighter). Seth MacFarlane’s directorial debut could top out over $200 million domestic and is close to becoming Mark Wahlberg’s biggest hit in terms of domestic earnings. Rounding out the top five is Brave becoming Pixar’s 10th $200 million domestic earner.

Once it is official on Monday, Channing Tatum will have three $100 million hits to his credit this year and it isn’t even August! Magic Mike shimmied all the way to $100 million while Oliver Stone’s crime-thriller Savages begins its last puff of mary jane success before it goes up in smoke and cleans up on home video. Tyler Perry’s latest Madea comedy is still “drag”-ing in theaters passing $60 million. Still showing relevancy in the top 10 is the third Madagascar, with Moonrise Kingdom closing in on $40 million overall.