In an early announcement to retailers, Warner Home Video has sent word that both the 1946 version and the 1981 version of The Postman Always Rings Twice will make their arrival to Blu-ray on November 13, 2012. Featuring Lana Turner and John Garfield (1946) and Jack Nicholson and Jessica Lange (1981) both films were adapted from James M. Cain’s classic hardboiled story revolving around the destructive relationship of two lovers whose troubles mount after they do away with her husband. You know that honeymoon period that exists at the end of most romantic comedies? Yeah, this isn’t that.

No specs or features have been announced, but this sell sheet below gives an idea of what the artwork will look like. 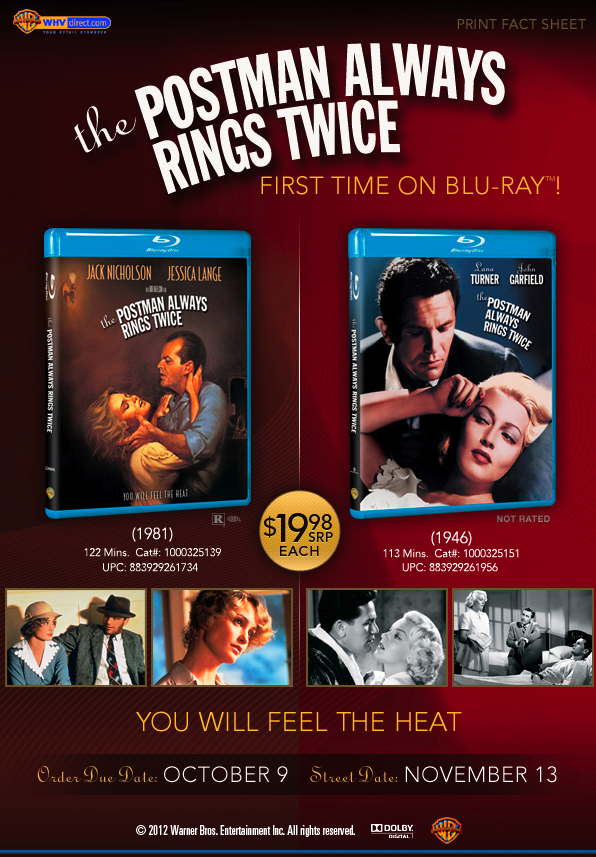