With nothing major or expansive to write on this week when it comes to film and it is the holiday season after all; there’s not a ton to write about this time of year. Most times it comes down to either looking forward to 2013 or looking back on 2012. December tends to bring that out among those of us who write about film because the end of the year brings out the summation writing, et al, that marks the end of the month. Right now everyone is prepping their end of the year stuffs, myself included, and we’re a couple of weeks away from the January lull and the beginning of awards season. But the biggest story that hasn’t gotten nearly as much play as it should has been who’ll direct Disney’s reboot of Star Wars with Episode 7.

Collider has been friggin’ fantastic in covering the story, so major props to them. They sum up a lot of the rumors here 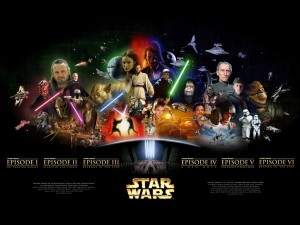 So far the candidates appear to be Matthew Vaughn, David Fincher and Jon Favreau among others. That’s all we know so far and my guess is that there’s probably a dozen people who’ve been contacted and have discussed the part. Disney knows that a new Star Wars film done correctly is a ticket to ride for any director and as such they’ve got massive amounts of leverage on this. Thus they can bandy it about to a lot of people and then have a list of those they’re actually serious about. It makes for good press fodder and building of the mythical “buzz” about the directorial decision as well as the film itself.

Hollywood functions as a collection of lies repeating themselves until the truth is announced, officially, but until we get an actual directorial announcement from Disney we should treat these as the strong rumors they are. Nikki Finke doesn’t print anything unless she’s heard from someone in the know, of course, and they get repeated ad nausea by lots of folks. But who’ll direct the new Star Wars film fascinates me.

We don’t know which direction they’re going to take the new Star Wars and whoever is chosen is going to have almost unrealistic expectations on them. And since I’ve got other things to write for next weekend, which has both the UFC on Fox and Marquez vs. Pacquiao 4, I’ve opted to do a little Pros and Cons one more time. Instead of trying to figure out who will be the next guy to helm a Star Wars film, let’s take a broader look at figure out what guys like Fincher, Favreau and Vaughn (among others) are contemplating when it comes to being the next guy to take on the George Lucas created universe.

The Pros and Cons of being the next Star Wars director 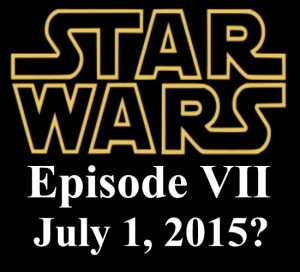 Studios are reluctant to take chances on films they don’t think will make a ton of money at the box office or win awards. Those are the prevailing winds in Hollywood in a recession; make money or be nominated and/or win major hardware. They’re both currency in the new world of Hollywood. And Star Wars: Episode 7 is going to make a monster amount of money, probably closer to the Avengers in total gross and first weekend box office.

Con – The bigger the pot, the more cooks in the room

Kevin Smith famously discussed when he worked on the Green Hornet film that the bigger the budget of a film the more people will be involved in its creation, production and finishing. Especially considering that this film is going to be a massively grossing film, one which will potentially cover for any misfires later that year, you won’t be creating something personal. It’ll be personal-ish in that you’ll be crafting it under the guideline of a lot of people’s supervision. 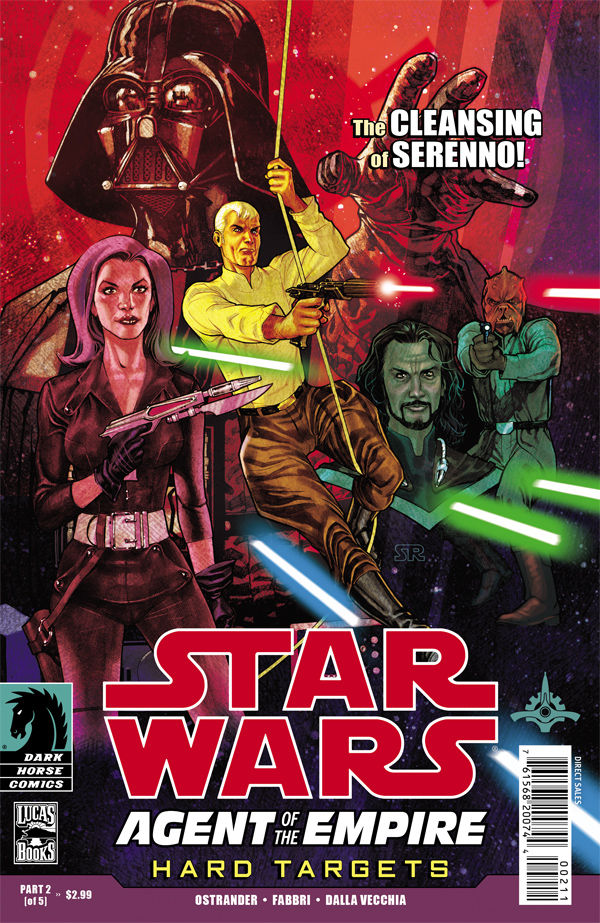 Pro – You get to make a Star Wars film

Plenty of directors get to make comic book films, musicals, et al, but only a rare handful of people have gotten to make a Star Wars film. You get to join that rare group, like double Oscar winners, and forever have a space at Comic-Con to sell swag. For once in a director’s life they’ll be able to be around the nerds of the world as their king. Plus it’ll probably be a pretty big check because of the time commitment to it; this isn’t going to be a quick shoot and easy time through post-production.

Con – It’s a lot of your time and career

Anyone signing on to do a Star Wars film is going to be singularly focused on this film for a while, probably a couple of years. That’s a long to be associated with anything and any future projects are going to have to be put on hold for this. Jon Favreau just had Jersey Boys put in turnaround and could lose out on it if he takes this film; it may be a dream to be a Star Wars director but losing a passion project is something else to take into consideration.  Sometimes losing a good chunk of your career and a number of projects on your slate for one film isn’t worth it for some people. 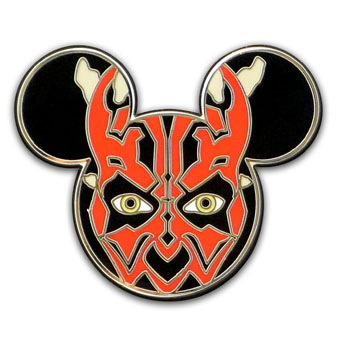 There’ve already been six films with an established character roster, et al, to work with. You don’t have to reinvent the wheel here and Disney has brought Lawrence Kasdan, who crafted Empire, to script a new chapter. You walk in with good hands already crafting the template.

Con – There’s not a lot of wiggle room

You have an established universe so it’s not like you can put your own spin on it. It can be creatively stifling to some people to have restraints on them coming into it. Imagine wanting to craft Han Solo in a more modern light as opposed to the classic swashbuckler? That won’t happen. 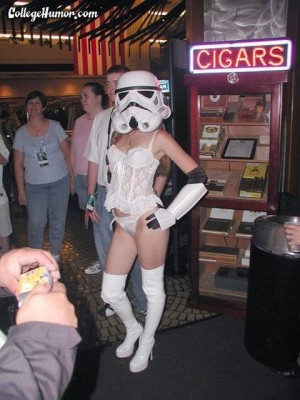 They will come out in droves and they will plunk their money down opening weekend no matter what. It won’t be a matter if you can open #1 for that weekend; other studios will clear that weekend so you can maximize your screens and dollars, too, as no one is going to counter-program a Star Wars film with anything serious. For one shining moment you’ll be king of the world.

Remember the backlash to the monstrosities that were the prequels? It’ll be 10 times as bad in the hypercritical world that is the modern fandom. If Episode 7 is a horrible, horrible film that makes Phantom Menace look like Revenge of the Jedi you’re looking at the digital tar and feathers treatment.  This it the digital age, after all, and the cries of “Mickey Mouse ruined my childhood” will be even louder and funnier this time around. 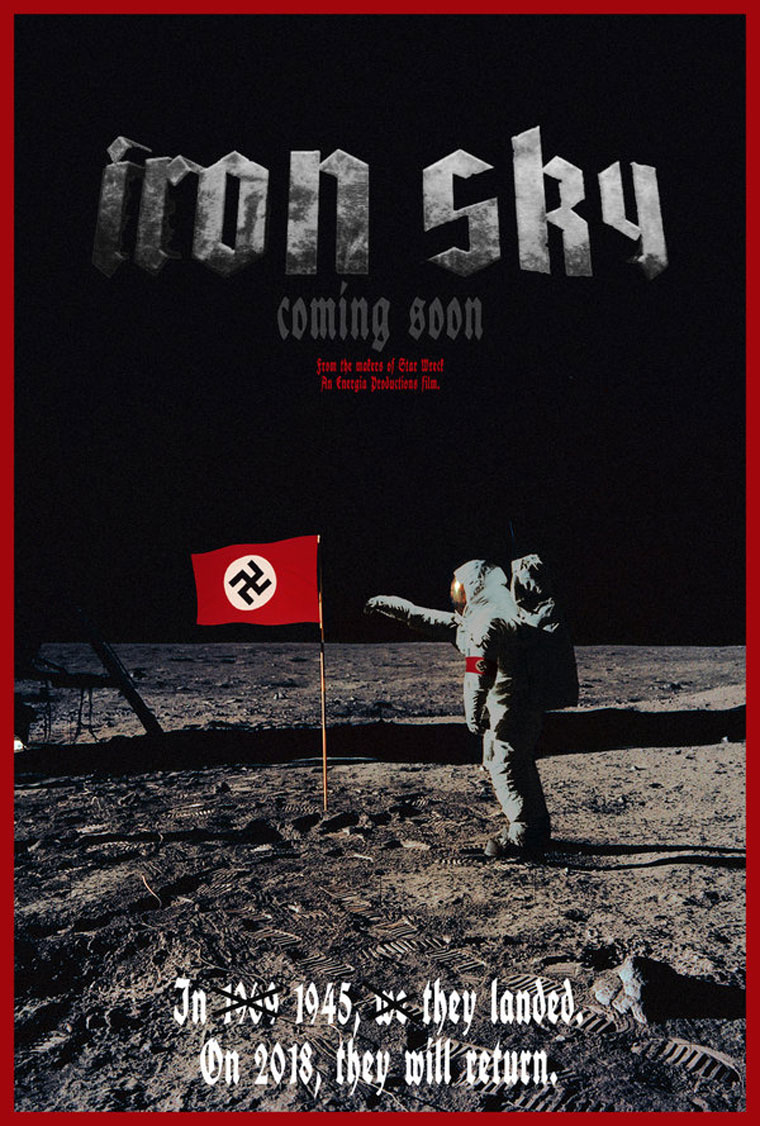 What happens when you pit Space Nazis … against President Sarah Palin? Yep, must be Iron Sky.

Iron Sky has a simple premise. During World War 2 a bunch of Nazis went to the moon and settled there. Fast forward to 2016 and what’s supposed to be a Sarah Palin presidency, of course, and the Space Nazis run into some black astronauts. From there they decide to go and invade the Earth in their space ships, of course, and then it becomes the world vs. Space Nazis.

This is supposed to be a quasi-political farce meshed with sci-fi space action and it’s just not that good. It’s one of those films that film critics say is “bound to be a cult classic” as a way of not outright saying a film is bad but destined to be enjoyed by a bunch of dorks who found it. It has a couple quotable lines, and the action scenes are solid, but it’s mildly entertaining at best.

Playing for Keeps – Apparently Gerard Butler screwed up his marriage to Jessica Biel and is now down on his luck too. Time to win her back! She’s about to marry some other dude while he’s pursuing a job as an analyst for ESPN; is he going to have to make a choice on which one?

Skip It – Gerard Butler’s rom-coms are always bad no matter who’s opposite him; don’t expect this to be anything better than a film like The Ugly Truth or The Bounty Hunter.

Hyde Park on Hudson (Limited Release) – FDR and King George hang out for a weekend.

See It – Murray’s getting Oscar buzz and usually his prestige films are watchable, at least.