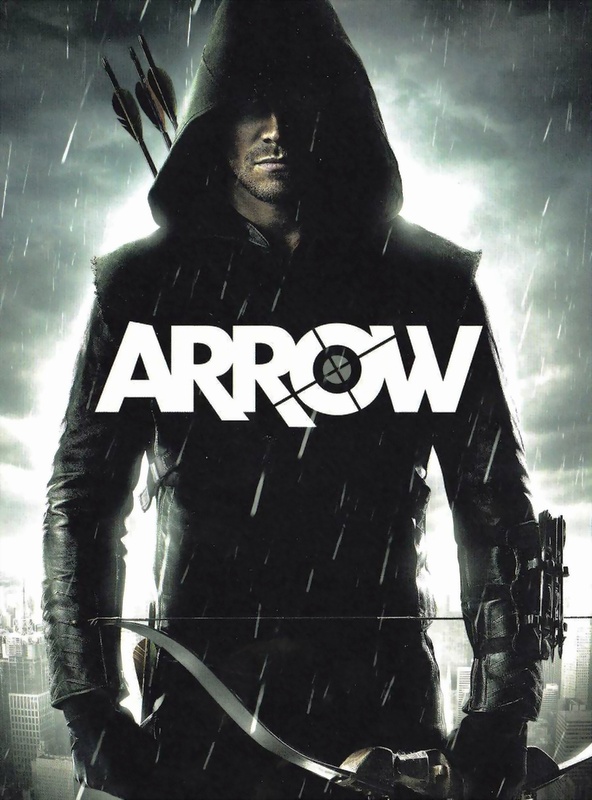 Vendatta was no different. Here’s how CW described the episode:

ARROW AND THE HUNTRESS TEAM UP — As Oliver and Helena (guest star Jessica DeGouw) grow closer, Oliver trains her to be his ally, complete with showing her how to use a crossbow. Diggle disapproves of Oliver sharing his secret with Helena as he’s not sure she can be trusted, but Oliver refuses to listen to his concerns. Helena’s quest for revenge proves to be too strong for Oliver to handle after she kills the head of the Triad and all hell breaks loose. Katie Cassidy, Colin Donnell, Willa Holland, Susanna Thompson and Paul Blackthorne also star. Ken Fink directed the episode written by Beth Schwartz & Andrew Kreisberg.

And, after watching Vendetta, below are the Top 3 Developments from CW Arrow’s Season 1, Episode 8.

Walter Closes In On The Tempest Cabal

Walter Steele, Oliver’s stepdad, returned last episode after storming to the orient after he discovered that Oliver’s mother Moira Queen kept secrets from him. And they were doozies: she misappropriated company funds for something called “Tempest” that really was funding to resurrect and store the Queen’s Gambit, the ship that sank and led to the deaths of Laurel Lance’s sister, eventually Oliver’s dad in a life raft and stranded Oliver on the mysterious that has been an ongoing fixture for this series, well, except for these two Huntress episodes.

In this episode, his Q Consolidated employee that he had used to find Moira’s money trail, continued investigating without his authorization. She found out that someone with NSA type security tracked Moira’s Tempest cash transfer. While they were good and hid their tracks, she was able to find a clue seemingly unknowing left behind: a symbol we’ve seen before. It is the spherical symbol we’ve seen on the inside of Oliver Queen’s journal – his dad’s journal with the names of those who wronged Starling City – that Oliver uses as a guide as “The Hood” (not Green Arrow).

Later in the episode, Walter is snooping around his home and spies something askew on the grandfather clock in the entry. He discovers a small wooden box with the same spherical symbol on it. He opens it and finds a brown journal – the same kind that Oliver now has.

Walter later has his employee do some digging to find out about the book because the pages are blank. Viewers know this too since Oliver on the island found that his dad’s journal had names on them after the journal came close to fire. After some digging, the employee discovers the secret and gives Walter UV glasses that allow him to read the book.

Wow. That is a major development in the episode!

The Hood: Hunter and Hunted

Trying to tame the rage that Helena Bertinelli feels and teach her non-lethal ways of exacting justice, not revenge, Oliver teaches her how to use a bow and gifts her a crossbow. Even designs her costume that she asks to have made up in purple. She appears to be letting Oliver in – and he has let her in big-time by taking her to Laurel Lance’s sister grave – and explains to Helena the fact that he cheated on the love his life with her sister because he didn’t do committment well then. She died on the Queen’s Gambit.

Through some up’s and down’s in the issue, Helena abandons her non-lethal quest and kills the Triad head and leaves a henchman alive thinking her mob boss father was responsible. We have a Triad vs mob war that takes us to Helena’s home where Oliver as The Hood protects her mob father, but he doesn’t feel the same and seemingly fatally shoots an unmasked Helena out for revenge on him.

Her father is captured by police with a computer with enough evidence to put him behind bars. He likely thinks Helena is dead, but she survives and leaves town; Oliver quipping he thinks theer paths will cross again.

CW Arrow series is giving Tommy Merlyn, Oliver Queen’s best friend, some real depth now. He’s had his trust fund pulled by dad and now has to earn his spending money. That causes him to be embarrassed by his finances with Laurel Lance. She suggests he approach Oliver for a job at his new club. Tommy says he will, but is clearly upset or at best confused about whether to really do it.

In another scene, Tommy no longer has the cache to get into a hot restaurant without waiting. Him and Laurel are waiting, waiting, waiting until they see Oliver Queen and his date… Helena Bertinelli. Oliver is at the head of the line and Helena suggests that they join them and Laurel quickly says yes; as she’s hungry and intrigued by Helena.

At dinner Laurel ask Oliver about Tommy working for him. Oliver laughs this off indicating that he didn’t know Tommy was into responsibility. Oliver rethinks this words, but Tommy storms off. Laurel follows. And Helena has a bee in her bonnet and storms off too. Looks like Tommy and Helena have the same issue: they can tell by how Oliver and Laurel look at one another that they’re in love, despite both of the separate attestations in separate scenes with their respective dates.

Helena in particular is enraged that Oliver would bring her close when he still loves Helena. That is what has her snap back into her lethal ways and start the gang war I mentioned earlier.

Tommy also doesn’t want to reminded of Laurel’s great love Oliver and all that he can do for her, that Tommy can’t. Despite that he simmers down and confides in Oliver that his dad cut him off and Oliver offers him the job at his yet-to-open nightclub. Tommy accepts.

We see flashes of Tommy volatile nature and mood swings. Between his love for Laurel, need for money, and envy of Oliver, could this be leading to Tommy Merlyn walk down the path of villainy the same as his comic book namesake? It does seem too soon for Tommy to be the dark archer that will appear in next week’s episode titled “Year’s End” (Season 1, Episode 9).