How Much Did Ted DiBiase’s Million Dollar Belt Actually Cost?

On a momentous day in history, Ted DiBiase proved that he could buy everything from Andre to the world title when he had Andre present him the WWE title. After being stripped of the title for not earning it, Ted DiBiase created the Million Dollar Championship. 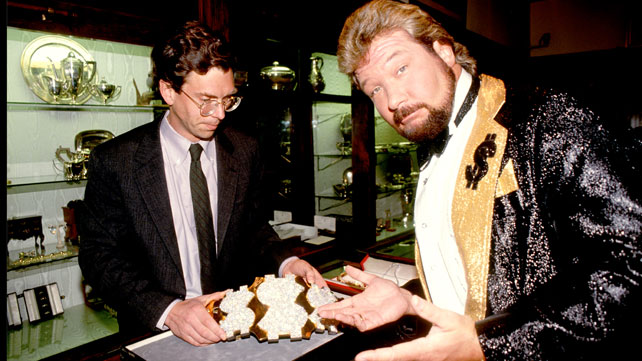 Despite being claimed to be worth $1,000,000, the Million Dollar Championship actually only costs $40,000. DiBiase would then follow that to say, “That was in 1988. Today, it’s worth even more. It was gold plate, which is not much, but all of the stones are cubic zirconia, which means they’re almost diamonds. And there’s like 700 of them in the title.”

Rhett Davis is a college student striving to become an engineer one day. He enjoys watching men fight over a pigskin, partying it up, and watching oiled up men move each other in unique positions on a mat. He started writing on 1/19/11.
More from this author