Murtz On The Scene: Exclusive Interview With The Celebrity Apprentice‘s George Ross 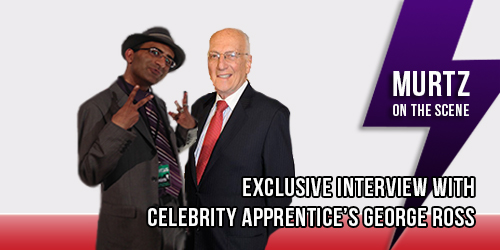 On May 19, 2013, I had the chance to catch up with The Celebrity Apprentice‘s George Ross, one of Donald Trump’s closest advisors. I asked him why country singers seem to do so well on the show (with John Rich winning a prior edition and Trace Adkins now being crowned as the champion of the show’s All-Star edition). Check it out!