It’s time to take a look through Previews once again, and see what looks good for the end of the summer.  (I resent thinking about the end of summer when it’s only just begun). 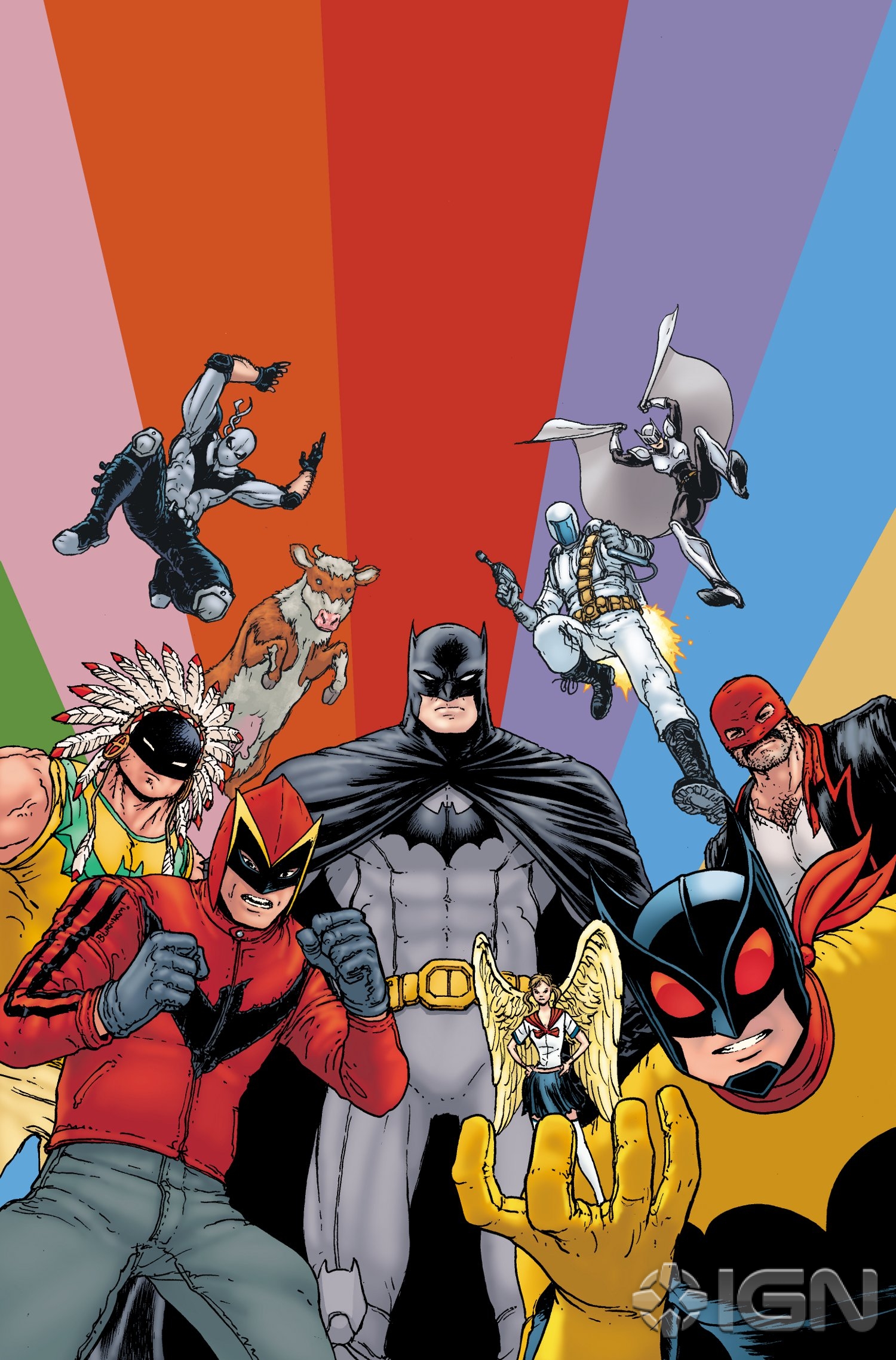 DC is really put a lot into promoting the Trinity War again this month, although I’m very surprised that they haven’t tried to capitalize on it more by having it tie into a Superman book, one or more Batman books, and Green Lantern, instead of books like Phantom Stranger and Constantine.  Still, I’m ignoring the whole thing, even with Jeff Lemire being involved.

I wonder, now that everyone knows that issue 15 will be James Robinson’s last, how fast sales on Earth 2 are going to drop.  I’d already decided to stop preordering the book, but was considering sticking with it and buying it off the stands.  Not now.

The Batman Incorporated Special sounds like a good buy, even if Dan Didio is writing a story in it.  Chris Burnham proved himself as a writer on his solo issue of Batman Inc. a couple of weeks ago, and many of these characters (especially Man-of-Bats) are more interesting to me than Batman.

I guess it wouldn’t be a new issue of Previews without discussing the demise of more DC titles.  Dial H has been, with Wonder Woman, one of the best books DC has published since they relaunched everything.  It’s weird though, so no one has been buying it.  Demon Knights was a very cool idea, that often almost lived up to its potential.  I’m impressed it lasted so long.  Did anyone expect Threshold to last even eight issues?  One of the cancellations that makes me saddest is that of Legion of Super-Heroes, despite the fact that I dropped the book in its first year.  Paul Levitz once led this book to great heights, but his relaunch has been inconsistent and kind of sad.  Since I was a teenager, I’ve always based my buying habits on creators, not characters, but that sad, this was always the toughest book for me to not buy month in and month out, as I love the Legion.  Here’s hoping that their next reboot is one that sticks (and for the record, Justice Legion does not sound like a good idea). 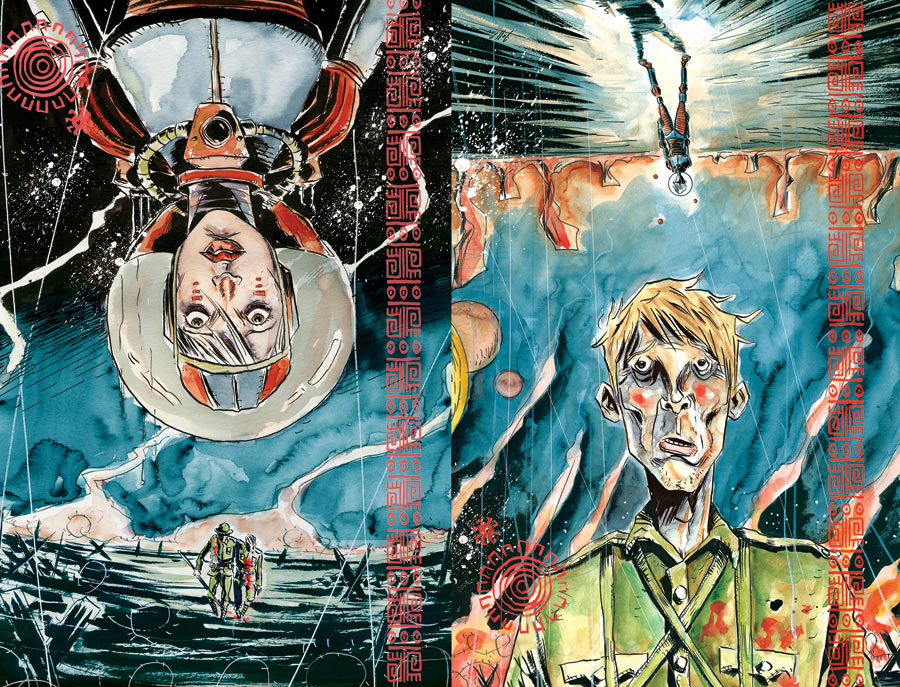 The other New 52 book that I’ve felt worst about not buying has been Suicide Squad, which, under writer Adam Glass, basically just sucked.  Ales Kot’s first issue gave me enough hope for the future of this title that I’m putting it back on my pull-list.  Let’s hope that DC doesn’t summarily dismiss him…

I am very much looking forward to Trillium, a new Vertigo mini-series by Jeff Lemire.  I’ve missed his art since Sweet Tooth ended, and it looks like he’s going to be doing some cool things with his layouts and designs for this book (the first issue is a flip-book).  I’m always ready to support a project like this.

As much as I’ve 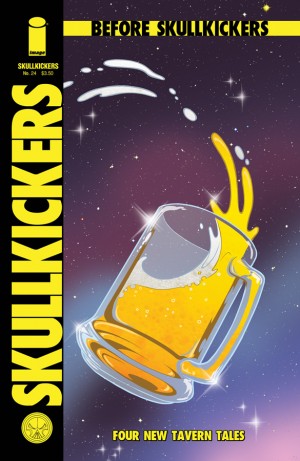 enjoyed the other “gimmick” covers to Skullkickers, which have been riffing on trends in Marvel comics, this issue’s “Before Skullkickers” cover is my favourite.  This is another ‘Tavern Tales’ issue – a fill-in between arcs, consisting of short stories.  This time around, the list of contributors is pretty close to A-list, with people like Adam Warren, Ron Marz, Lee Moder, and Tom Raney stopping by.

I’ve pretty much sworn off Marvel’s event books, and I ignored Age of Ultron almost completely, but Inifinity is written by Jonathan Hickman, who has been using his run on Avengers and New Avengers to lay the groundwork of it.  Unlike Brian Michael Bendis, who seems to shift streams as he feels like it, Hickman has proven himself as someone who can construct a large master plan, and then work his way through it.  I’m going to be giving this event a chance.  It doesn’t hurt that it has a strong artist who, so far as I know, is going to stick with the title throughout its six issues. 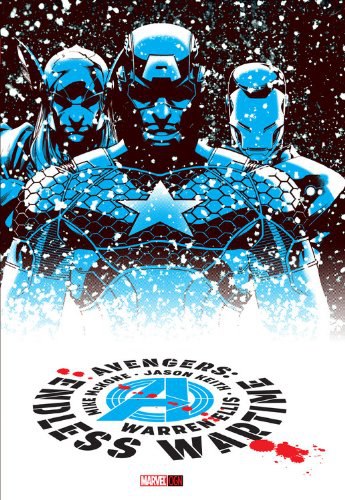 going to pass on all the tie-ins unless I’m already buying that title.  (I will admit that I’m a bit curious about what Thunderbolts will be like under Charles Soule – his Swamp Thing has been pretty decent, and I mostly like the line-up of the team).

I’m surprised to see that Marvel buried Avengers: Endless Wartime, the OGN by Warren Ellis and Mike McKone somewhere in the middle of their ‘collected editions’ section of Previews.  I would have thought that they’d want to do a lot more to spotlight this book, as Marvel doesn’t usually go in for this type of thing, and it does look pretty good.

Also, I think it’s important to give credit where credit is due.  It feels like Marvel is reining in their double-shipping policy this month.  Of the 24 Marvel books I’m pre-ordering this month, there are in fact 19 different titles represented, meaning only five books I buy are getting double-shipped.  That’s still not ideal, but it’s progress…

The most exciting thing in this issue of Previews is the solicitation for a new issue of Optic Nerve, Adrian Tomine’s very sporadic anthology series.  This one is going to have three stories, be 40 pages long, and only cost $6.  Can’t wait.

Valiant has brought Matt Kindt over to write the zero issue of Bloodshot.  If there’s anyone who can lay some fertile new ground into this kind of tired retread of original Valiant’s retread of the Punisher, it’s Kindt.  I wish he was the new regular writer, and I wish he was drawing the book, but I’ll still be picking this up.