Box Office: Despicable Me 2 Dominates Fourth Of July Weekend As The Lone Ranger, Bloated And All, Finishes A Distant #2 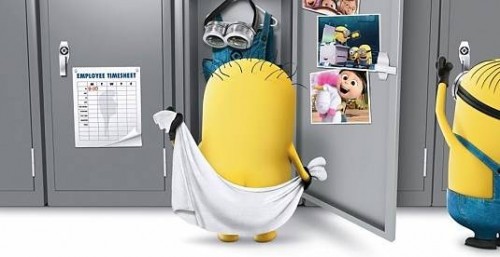 Just another day at the office, or: Despicable Me 2 really cleaned up this weekend.

One of the coveted spots of the summer each year occurs with the Fourth of July weekend. But this year the weekend started a day early on Wednesday, July 3, as three movies went gunning for that #1 spot. It was a long 4-day weekend for those who had off July 4th and didn’t have to work on Friday (hand raised to indicate I was one of the lucky ones). Though, had I been one of the unfortunate saps, at least I could have enjoyed a pleasant ride into town, not unlike the barrage of traffic Steve Martin encountered when winter turned to spring and it became open season on the L.A. freeway in L.A. Story.

Last week I made the prediction that the comedy concert film, Kevin Hart’s Let Me Explain, might have a chance to have the biggest per-screen average of the three big new releases. Well my prediction didn’t come to fruition, but that’s on account of Despicable Me 2‘s impressive domination over a five-day span. The sequel to 2010’s Despicable Me, which was a financial windfall for studio Universal as it climbed its way to the seventh-best performing film that year with $251 million domestically, got out of the gate fast as it took in $60 million for its first two days in release. Add the totals it got from Friday through Sunday ($82.5 million) and you have the third largest three-day animated debut in box office history. But that’s only if the estimates hold as only a few thousands separate it from the $82.4 million haul Monsters University took in two weekends ago. With $142M for its first five days in release that gives DM2 the largest five-day opening for an animated feature ever. As for future animated competition, the sequel will have to contend with a NO2-enhanced snail in Turbo (opens July 17) and Pixar’s Cars spin-off, Planes (opens August 9). Plus you also have The Smurfs 2 and a Percy Jackson sequel on the horizon. Still, I think prospects are good that DM2 will outgross its predecessor even with added family fare entering theaters.

Looks like Disney will have another financial turkey on its hands with The Lone Ranger. After the studio became the butt of jokes with the underperformance of John Carter a year ago, it looks like the executives are probably fretting at how poorly The Lone Ranger performed during the coveted Fourth of July release window. Budget estimates have this being a $215-250 million blockbuster, but with a $9.6 million opening on Wednesday (comparatively, DM2 had $34.3M) the writing was already on the wall. It may have a chance to make it to $100 million domestic, but if it is to turn a profit it will be due to the foreign dollar. Hollywood is turning to foreign markets more and more to help boost profits and its bottom line more than ever. And Johnny Depp’s star presence due to the successful Pirates of the Caribbean films has helped min bolstering the profits of Dark Shadows (foreign totals equated to an extra $165 million overall) and The Tourist (more than $210 million overseas!). As it is now, The Lone Ranger has made $48.9 million over the Wednesday-Sunday time frame ($29.3 million from the three-day weekend).

Is it too early to declare Kevin Hart as a bona fide star? He certainly has the potential. After being the scene-stealer in 2012’s hit relationship comedy, Think Like a Man, he followed that up with small roles in The Five-Year Engagement and This Is the End. Now he’s got two new comedies in the pipeline School Dance and the buddy comedy vehicle Ride Along (January 2014) – the latter has him paired with Ice Cube and there’s already plans for a sequel. This weekend saw the release of his second stand-up comedy concert film, Let Me Explain. As the follow-up to 2011’s Laugh at My Pain, LME performed better than expected for Lionsgate. Opening in 876 theaters the comedy made $17.5 million in five days. That puts it at #5 when ranking the best-performing stand-up comedy film behind Martin Lawrence’s Runteldat which has $19.18 million overall. For the record, the #1 release is Eddie Murphy’s Raw which made $50.5M back in 1987. 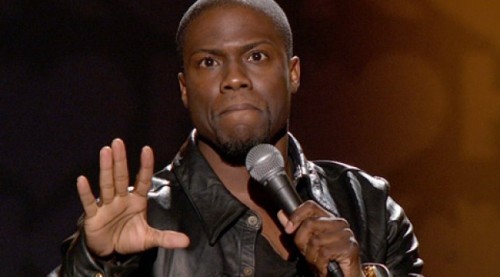 Kevin Hart: Let Me Explain may not have been in the same ballpark as Despicable Me 2, as far as total earnings are concerned, it still managed to have a very impressive per-screen average of $11.5k (DM2 averaged $20.6k per screen). It should be interesting to see how well the audience holds for Kevin Hart with the arrival of Adam Sandler’s Grown Ups 2 this weekend.

Last week The Heat opened at a very respectable $40 million to finish behind Monsters University. This weekend the two films flip-flopped with the Sandra Bullock/Melissa McCarthy comedy earning another $25M to bring its cumulative total to $86.4 million. Monsters University keeps being the money-making machine that it is with another double figure weekend of $19.5M.

It’s looking like the bad press that seemed to spell doom for World War Z was all for naught as it adds to its total again with another $18 million weekend. Internationally, the film is playing even better, as it has grossed $207M. It may have a shot to make more than $450 million worldwide before it leaves theaters and arrives to home video in time for Halloween. Just you wait.

As one of the few cost-conscientious releases of the summer, the $32 million-budged This Is the End looks to be a modest hit ($85M since its release) for Columbia Pictures. Not unlike the studio’s White House Down, which has grossed $50.4M versus a production budget of $150 million. Ouch.

Outside of the top ten the big story was the small rollout for Fox Searchlight’s The Way, Way Back. It looks like Steve Carell may have another hit on his hands. He’s already got the #1 release in America, but he’s also working the arthouse circuit. His supporting role in a talented ensemble cast surely helped Searchlight’s acquisition back at this year’s Sundance Film Festival. Opening in only 19 theaters this weekend, The Way, Way Back took in $575k for a $30,263 per theater average. This is one of the films we spotlighted in our picks for movies to see this month. Be sure to check out the full article. I’ve seen the movie, but because of a publicity embargo I can’t post my thoughts until it opens in my market.

The Way, Way Back will expand into 13 additional markets next weekend and will go wide on July 26 in approximately 650-750 theatres.

Looking to best Despicable Me 2 from that top spot, next weekend we have Guillermo del Toro’s Pacific Rim and Grown Ups 2. Will DM2 repeat or, god help us, will people flock to Grown Ups 2 instead? I just hope that Pacific Rim squashes Adam Sandler and Co.