Weekend Box Office: The Wolverine Is An Easy Winner, But Its Opening Is Way Behind X-Men Origins: Wolverine 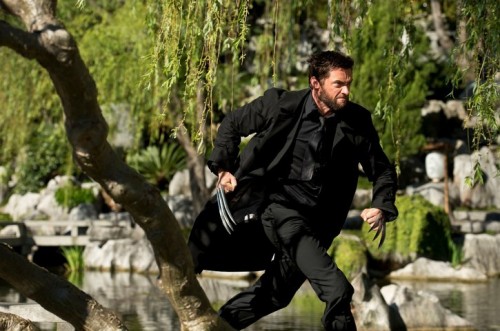 Not a real surprise with The Wolverine topping the list. What may be surprising is that a $55 million opening is considered weak. That’s what you get when more and more summertime blockbusters cost in excess of $130 million or more. In what can best be described as a make-up from 20th Century Fox for X-Men Origins: Wolverine, this latest singular outing for Wolverine made $30M less than that 2009 release. And it’s opening total mirrors that of 2011’s X-Men: First Class. Not helping the situation are the inflated 3-D ticket prices to boost sales. But in my region I noticed that 2D screens were outselling the 3D screens of The Wolverine at nearly a 3:2 ratio. It looks like more and more are giving 3D the finger and sticking with 2D. Outside of animation and films from experienced directors like James Cameron, Martin Scorsese and Ang Lee (coincidentally, all of them are Oscar winners), I could care less about seeing something in RealD 3D.

As I noted in my review I think Wolverine, while one of the most popular mutant characters with Marvel Comics, just isn’t interesting enough to carry an entire picture. That may be on account of the story line he’s had with each singular outing. Face it, they weren’t that great. But opening weekend audiences seemed to dig the movie giving it an “A-” CinemaScore. I’m still questioning the validity of this rating practice since it seems to sample the reactions of the three-day weekend audience foremost. As if the reactions of those who have been anticipating the release for weeks (months, even) is tantamount to casual observers of the X-Men franchise and comic book movies in general. Nevertheless if the high rating equates to better word of mouth in the weeks that follow, then 20th Century Fox will be pleased. It will also help in pushing next summer’s X-Men: Days of Future Past and put the X-Men franchise on an upward trend. Though one has to wonder how profitable the franchise could be if Marvel Entertainment hadn’t shopped the movie rights to X-Men, Fantastic Four, and Daredevil (now back with Marvel) to 20th Century Fox.

Slipping to second is James Wan’s The Conjuring adding another $22.1 million to its piggy bank. For a $20M spookfest to have grossed $83 million in two weeks during the summer is great news for smaller features looking to find a place at the big kids table (ahem, all those blockbusters). Personally, I love it when smaller films break through and find an audience. It’s easy for horror, but they usually drop like a stone for its second weekend. The Conjuring fell only 47% in total viewership. Wan, who will taking the helm of the Fast & Furious franchise for 2014, looks like he’ll have his first $100 million hit.

Turbo takes the bronze with $13.3 million in its second weekend. Considering its small opening with Despicable Me 2 still dominating at the time pretty much ensures that it won’t rise higher than nine figures domestic.

You can file this next bit of box office reporting under the “Are You Serious?” category. With Grown Ups 2 crossing $100M in its third week that means Adam Sandler now has 14 films that have crossed that mark. If you supported Grown Ups 2 in any way you only have yourself to blame. But for a Sandler movie to cross $100 million it’s not that great a success. His movies routinely cost $80 million. Funny, his movies don’t seem like they cost $80 million. Somebody’s getting hosed in this deal.

In its second weekend of release the performance of Universal’s R.I.P.D. pretty much makes it the clear frontrunner to be the biggest flop in theaters this year. A $130 million movie that only has $24.3M in two weeks. Ouch.

Slipping into the tenth spot was Fruitvale Station which expanded into 1,064 theaters. It managed $4.6M with a per-screen average of $4,377. Not a great average, though the third best in the top ten, I expect this release to heat up once we get into late August-September when Oscar season approaches. Some of us on the staff may not have enjoyed it, but Michael B. Jordan’s performance is getting plenty of buzz. Plus I have the sneaky suspicion that the Academy is looking to award films highlighted by African American actors and actresses this year. Maybe it’s to make up the travesty that was ignoring the likes of Do the Right Thing and Hoop Dreams.

If you were wondering why I didn’t talk about The To Do List with the top 10 that’s because it was a no-show. CBS Films put the film on 591 screens. It made $1.5 million overall, which is good enough to match its production budget. Sadly, the raunchy comedy disappoints despite featuring a cast that would pop up in a NBC TV Reunion. Thumbs up to the production designer for making sure the 1993-set comedy had someone wearing a Hypercolor T-shirt, though.

Finally, the best performer for the weekend to not appear in the Top 10 is Woody Allen’s Blue Jasmine starring Cate Blanchett. The film opened in only six theaters in NY/LA and brought in $612k for a $102,128 per theater average. That’s the best PTA of 2013 and for Allen film. I’ve heard good things about this film, mainly for Blanchett’s performance, and I’m interested to see the return of Andrew Dice Clay.

Coming up this weekend we have The Smurfs 2 (God help us!) and the Denzel Washington and Mark Wahlberg buddy actioner 2 Guns, a film I believe has one of the worst posters of 2013. Seriously, it looks like box art for a DTV release.