What will 2014 bring for comics?  We get our first glimpse this week, with the new edition of Previews. 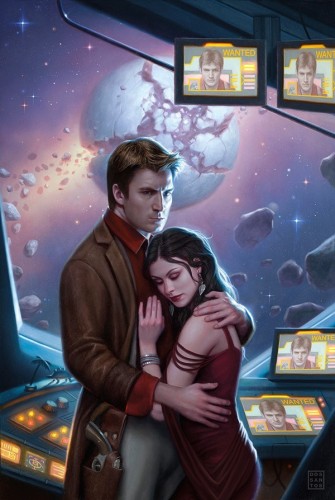 I’m very excited to see that Malcolm Reynolds and his crew are returning to comics in Serenity: Firefly Class 03-K64 – Leaves on the Wind, a new six-part mini-series that follows up on the wonderful Firefly TV show, and the less wonderful Serenity movie.  I don’t know why they decided to go with such an awkward title, but with the book being done by Zach Whedon and Georges Jeanty, I figure there is plenty to look forward to.

With the cancellation of The Green Team, which I’ve found to be an entertaining title, I’m now only buying five ‘New 52′ titles a month, the lowest number of DC books I’ve bought since the mid-80s.  Curiously, all of those five are books that were launched in the first wave of the New 52, which I guess proves that with their subsequent launches, DC was really not targeting whatever type of reader I am.

Speaking of decisions that DC makes that end up alienating me as a customer, let’s talk about The Unwritten.  Mike Carey and Peter Gross’s Vertigo book got off to a bit of a rough start, but by the end of the first year, it had me hooked.  I’ve been a huge fan of the title right up until the recent story arc featuring an alternate version of Bill Willingham’s Fables.  Now, the book is being relaunched as part of the push to its big conclusion, with the new title The Unwritten Vol. 2: Apocalypse.  I’m not sure how much longer it’s going to last, but if DC is going to insist on charging $3.99 an issue for it, I think I might just wait for the trade to come out in a year.  This is a smart, literary book with a niche audience; I don’t understand why DC thinks that shameless cash grabs (Fables! A new #1!) are going to work.  At least it doesn’t have a 3D cover… 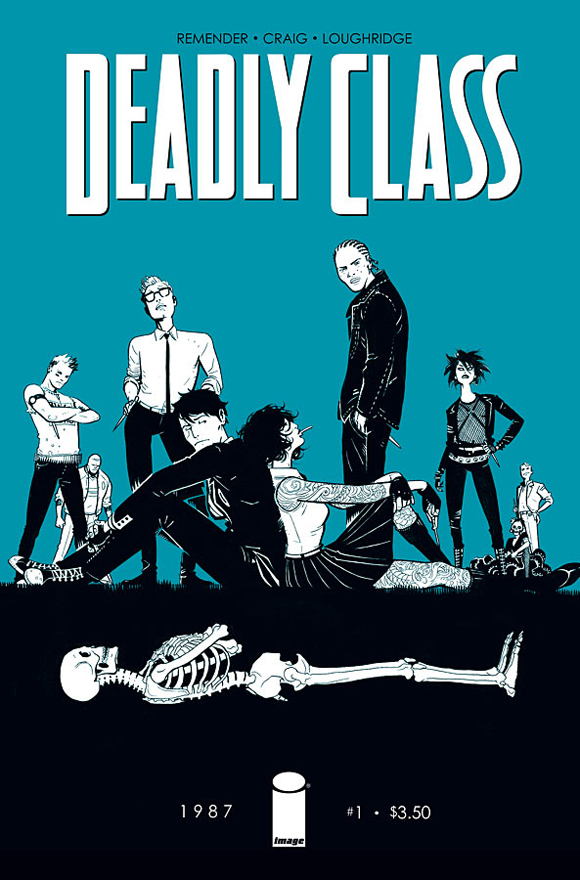 in January, a series about a high school for the children of crime families, which looks to be a bit of a cross between The Breakfast Club and Morning Glories.  I have a lot of respect for both Remender and Craig (who first caught my eye on Guardians of the Galaxy a few years ago), although I’m worried that Remender might be over-extending himself, with a couple books at Image and Marvel each.

I guess it’s a foregone conclusion that I’m going to be getting All-New Marvel NOW! Point One #1, which should win an Eisner for stupidest title in comics this year.  I’m a little surprised to see that G. Willow Wilson is credited with writing a story in this book.  I haven’t heard her name for a while, despite loving her Vertigo series Air.  Is she going to be writing the as-yet unannounced but probably happening Angela series?  That’s going to be a tough decision – support a writer I like, or ignore a character I don’t care about?  (I assume that Angela is the blacked-out character with the flowing ribbon things coming off her).

I’m also torn about Inhuman (reading the solicitation of which has probably spoiled a bit of Infinity for me).  The only time I ever really liked the Inhumans was when Paul Jenkins and Jae Lee published their mini-series; the rest of the time, I’ve found them limited and a little dull.  The concept of Inhumans taking on a role very similar of that to mutants in the Marvel Universe feels a little over-done, and Matt Fraction doesn’t have the best track record with Marvel comics with a wide scope.  Plus, with Joe Madureira being announced as the artist, we know that the book is either going to be drawn by a wide variety of people, or is going to be hella late.  I think I should pass on this one.

On the other hand, All-New Invaders 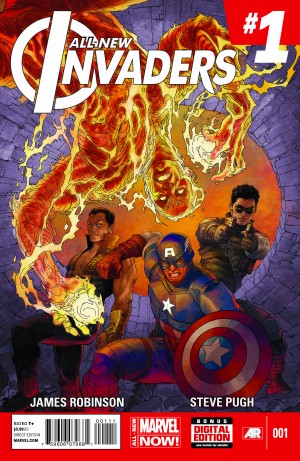 gets a definite purchase, as it’s written by James Robinson and drawn by Steve Pugh.  No efforts to revive this property, with its roots in the Second World War, have ever worked since the end of the Roy Thomas original series in the early eighties, but with these two gentlemen working on it, it has a good chance.  I just hope they remember that Cap, Namor, and Bucky’s time in WWII has been dipped into so often, there’s hardly a week-end left that hasn’t been shown in comics.  I’d like to see very few flashbacks in this book, and definitely don’t want to have to deal with the Red Skull or the Nazi version of the Invaders.  That’s been done to death.

As for the rest of this All-New Marvel NOW! stuff, it’s a bit ridiculous.  I applaud Marvel for not just relaunching all of their main titles yet again to coincide with this new branding (you know they talked about it), but statements like “All-New X-Men #22.NOW = All-New X-Men #1 in All-New Marvel NOW!” make this month’s Previews sound like it was written by a group of accountants who have decided to take entry level marketing courses at an underfunded two-year community college.

I do really like Jonathan Hickman on Avengers and New Avengers, but kind of wonder why we’d also need an Avengers World title.  Is there enough of a different mandate for this book, when you consider that we also have Uncanny Avengers, Avengers Assemble, Avengers AI, Secret Avengers, and whatever is replacing Avengers Arena coming out on a regular basis?  Still, it’s Hickman with Nick Spencer, with Stefano Caselli, so I’ll end up buying it.  I guess Marvel knows that…

Nathan Edmondson and Phil Noto doing a Black Widow comic is certainly tempting, but this should be a $2.99 book, not a $4 one.  I’ll check it out at a sale some day.

I feel the same way about All-New X-Factor 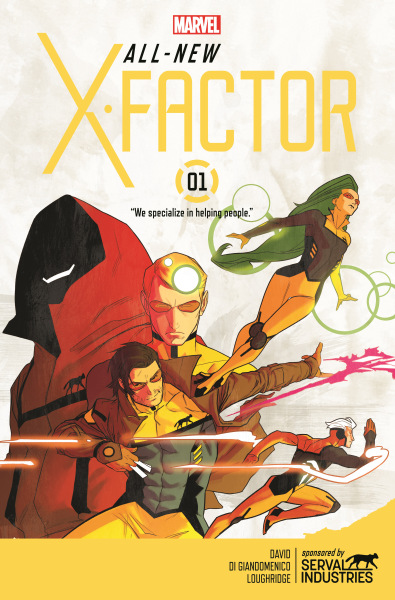 .  Peter David returning to X-Factor after just a month’s absence, and the book’s having been among Marvel’s lower-selling titles do not add up to reasons to increase the price of the comic.  I’m a little curious about the notion of the new team working for a corporation, but the price increase, and the inclusion of Gambit, are both reasons to flee from the title.  I do like that Danger is on a variant cover though…

I’m excited that Marvel is finally reprinting the Alan Moore (now called ‘Original Writer’) Miracleman comics, but they are padding it out with tons of earlier Marvelman stories by Mick Anglo.  Therefore, I’m going to wait for the inevitable OW trades to come out, so I can finally fill in the gaps in my collection, and read this story from the beginning again.

I was intrigued to learn of the Revolutionary War titles that are bringing back the old Marvel UK characters, but the way this is being handled is off-putting.  Each character is coming back in their own one-shot, but these are all chapters of a larger story.  So, since I’m most interested in the Dark Angel book, because it’s written by Kieron Gillen, I’m not going to be able to read it, as it’s tied in to a larger story.  Therefore, I pass on the whole little event.  Pity, I liked the Knights of Pendragon a lot, back in the day.

It kind of looks like most of the plotlines from FF are being concluded in Fantastic Four this month.  I was afraid of this happening.  FF has been a lot of fun, but Fantastic Four bored me, and I gave up on it a long time ago.

I’m also not happy to see that Uncanny X-Force is tying in to Cable and X-Force for two issues this month.  While I like Uncanny, Cable has left me cold, and I think it’s probably best to just skip this whole cross-over, and maybe continue buying the book I like again after it’s over.  If I remember to. 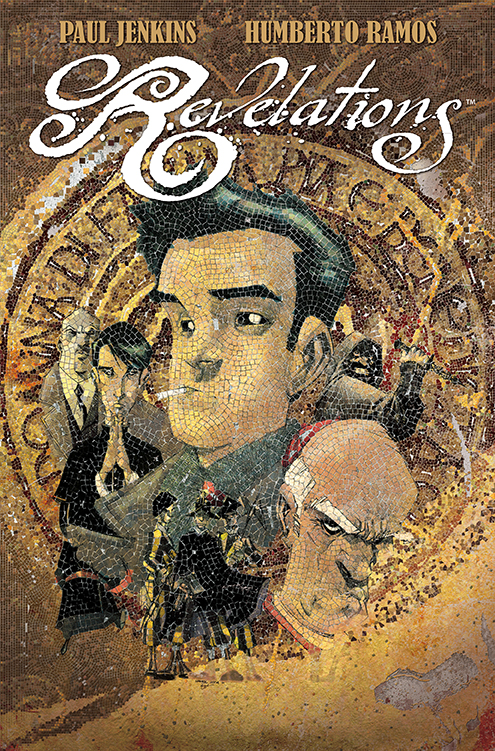 the excellent series by Paul Jenkins and Humberto Ramos about a mystery in the Vatican.  I loved this title when it was first published by (I think) Dark Horse a number of years ago.  What I find strange is that nowhere in this solicitation is it made clear that this book was previously published.  Weird.

Bart Sears is drawing Bloodshot and HARD Corps?  I was just ready to add this title to my pull-file list, but now I’m going to have to wait and see if I’ll be able to make it through this comic.