DC Comics, via the Associated Press, has announced their second weekly maxi-series for 2014. Following news of the Batman: Eternal weekly comes The New 52: Futures End weekly.

It also looks like DC Comics will finally tackle the various time stream anomalies permeating the DC New 52. More on that in an upcoming Demythify column.

Below is an excerpt from the AP story.

Nearly three years after its debut, DC Comics is pushing its New 52 five years into the future with writers Jeff Lemire, Keith Giffen, Brian Azzarello and Dan Jurgens to examine how heroes change with the passing of time and technology. 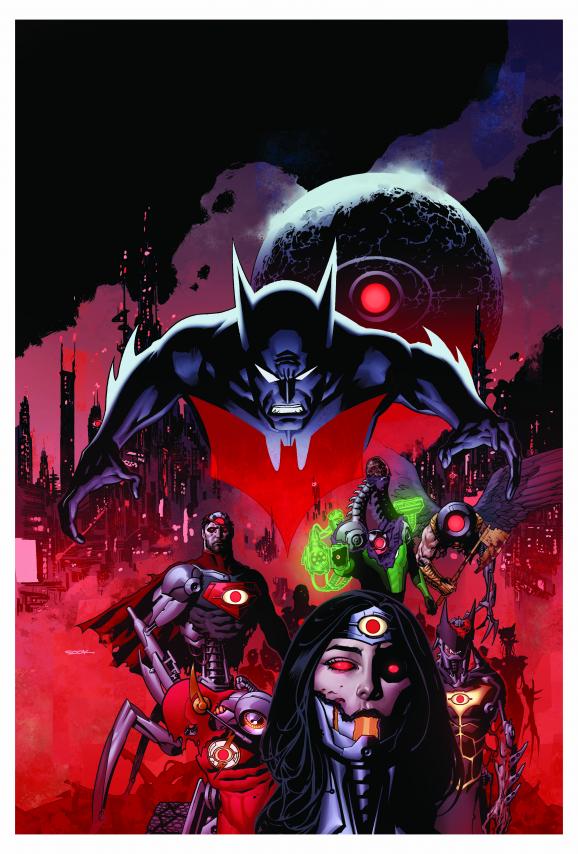 The weekly title, “The New 52: Futures End,” debuts on Free Comic Book Day in May with a free zero issue, with the first issue of series hitting shelves and digital storefronts later that month…

“Really, what we’re trying to do with this book is to explore the nature of what a hero is and we’re doing that, obviously by playing with the future of the New 52 timeline,” he [Jeff Lemire] said. “Past present and future all colliding in this story line.”

That means exploring the past with a character like Frankenstein, the present with Firestorm and the future with Batman Beyond who is, Lemire said, making what is his first “in-continuity appearance. He’ll become part of the New 52.”

Those three, however, are not the only characters who will have a place in the series.

“That’s definitely one of our mandates, too,” Lemire said. “To create new characters and new concepts that will hopefully have a life beyond the series.”

Artists on the series include Ethan Van Sciver, drawing the zero issue, along with Jesus Merino, Aaron Lopresti and Jurgens, among others who will be added as the series goes from one issue to the next, every week…

More at the Associated Press.