Much fanfare has been made about the Sea King, Earth 3’s Crime Syndicate’s Aquaman doppelgänger returning to life after his unceremonious “introduction” to the DC Comics New 52 in the Forever Evil #1 prelude and finale of Trinity War in Justice League #23 (spoilers here).

So, how is that the Sea King is back and wreaking havoc on DC New 52? Well, DC’s magical dark Justice League book is a good place to tell that story.

Yes, the Sea King is back, but he isn’t totally in control of his corpse nor is the Justice League Dark’s resident “ghost”…

…Deadman is “in there” and he’s in trouble. 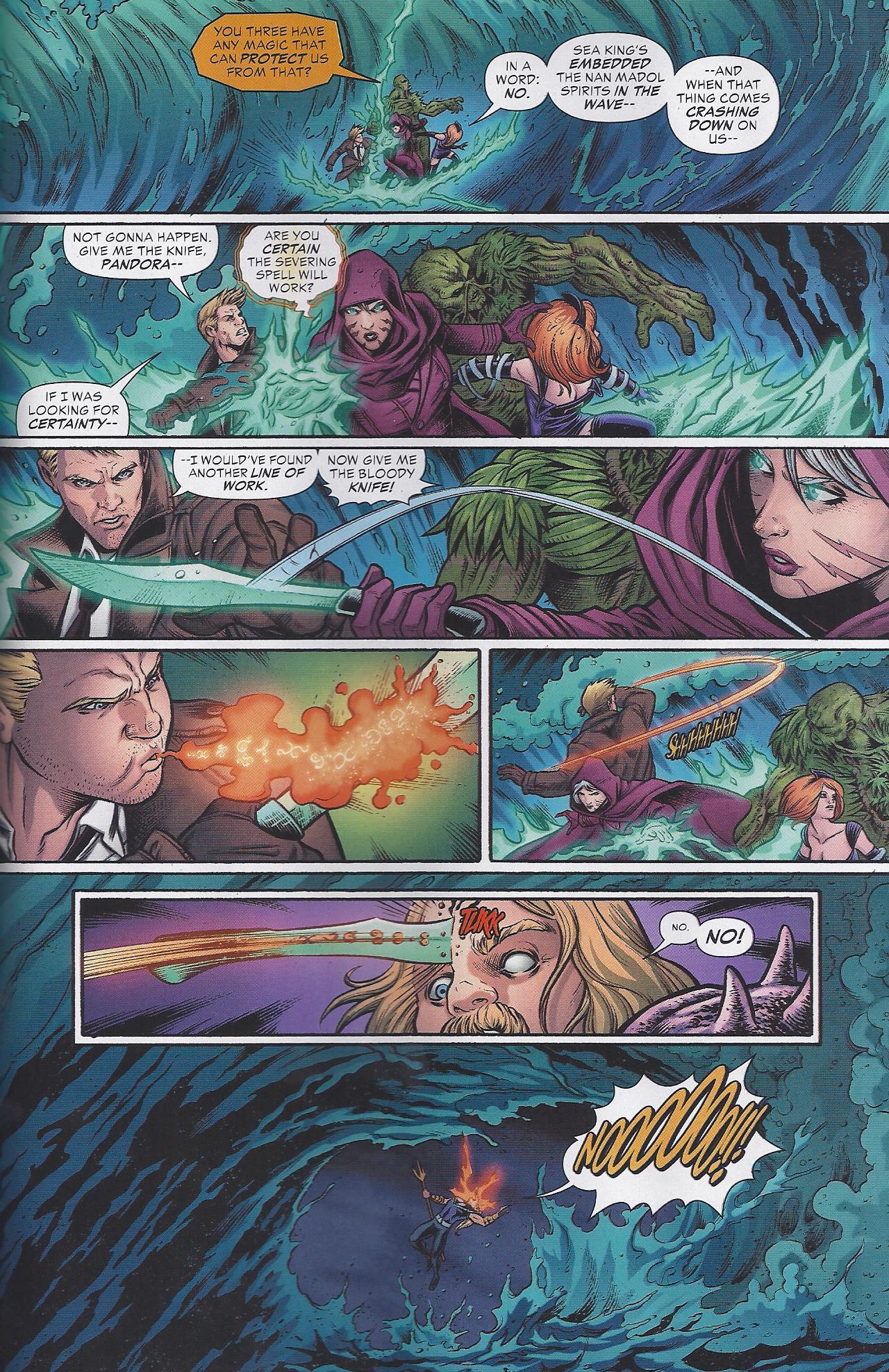 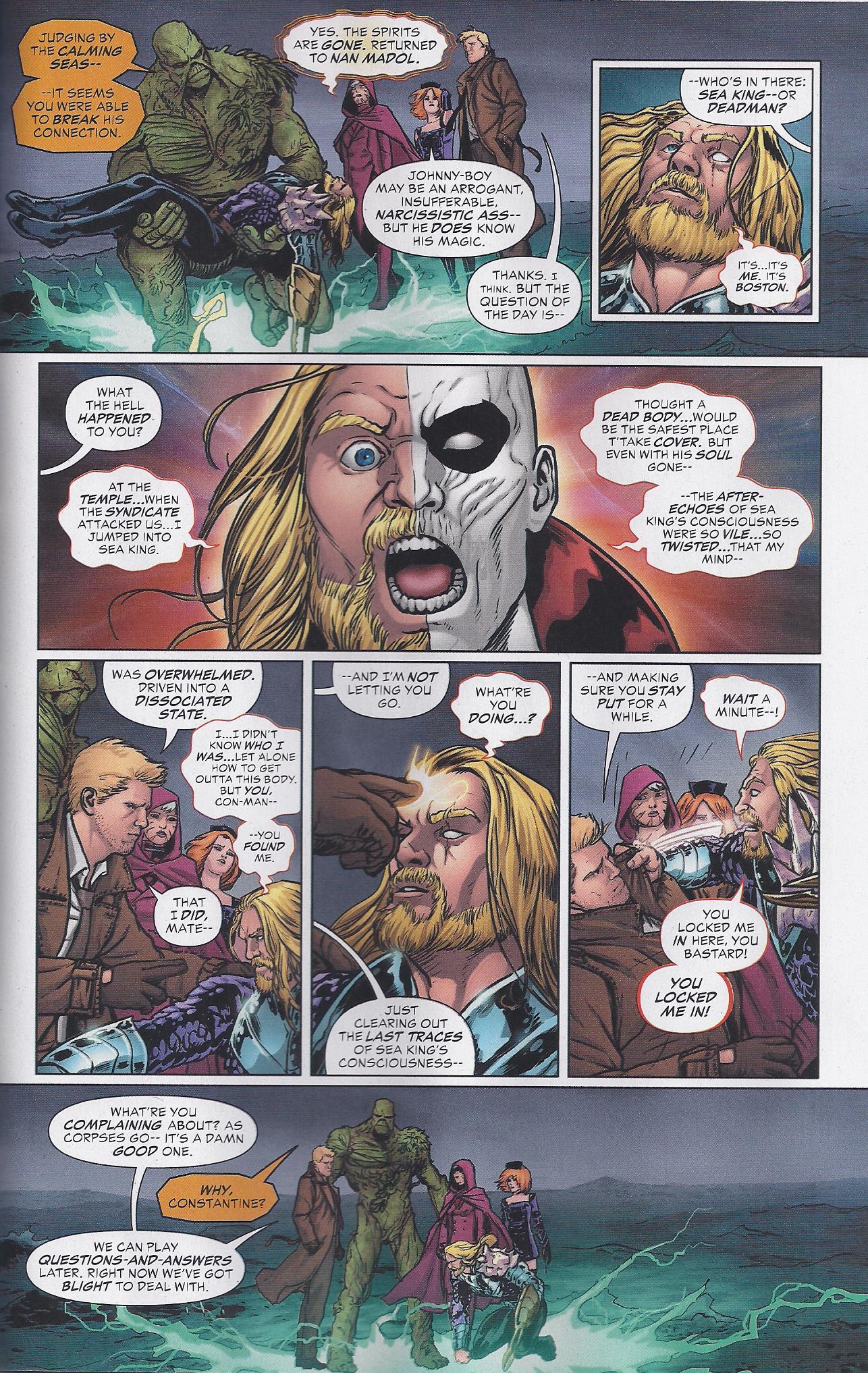 After the remnants of the Sea King persona are purged from his body, Deadman can take control. However, he’s stuck in the body thanks to John Constantine. This could be an interesting turning point in the battle to defeat the Crime Syndicate.

The book ends with a betrayal or perhaps a swerve to come? 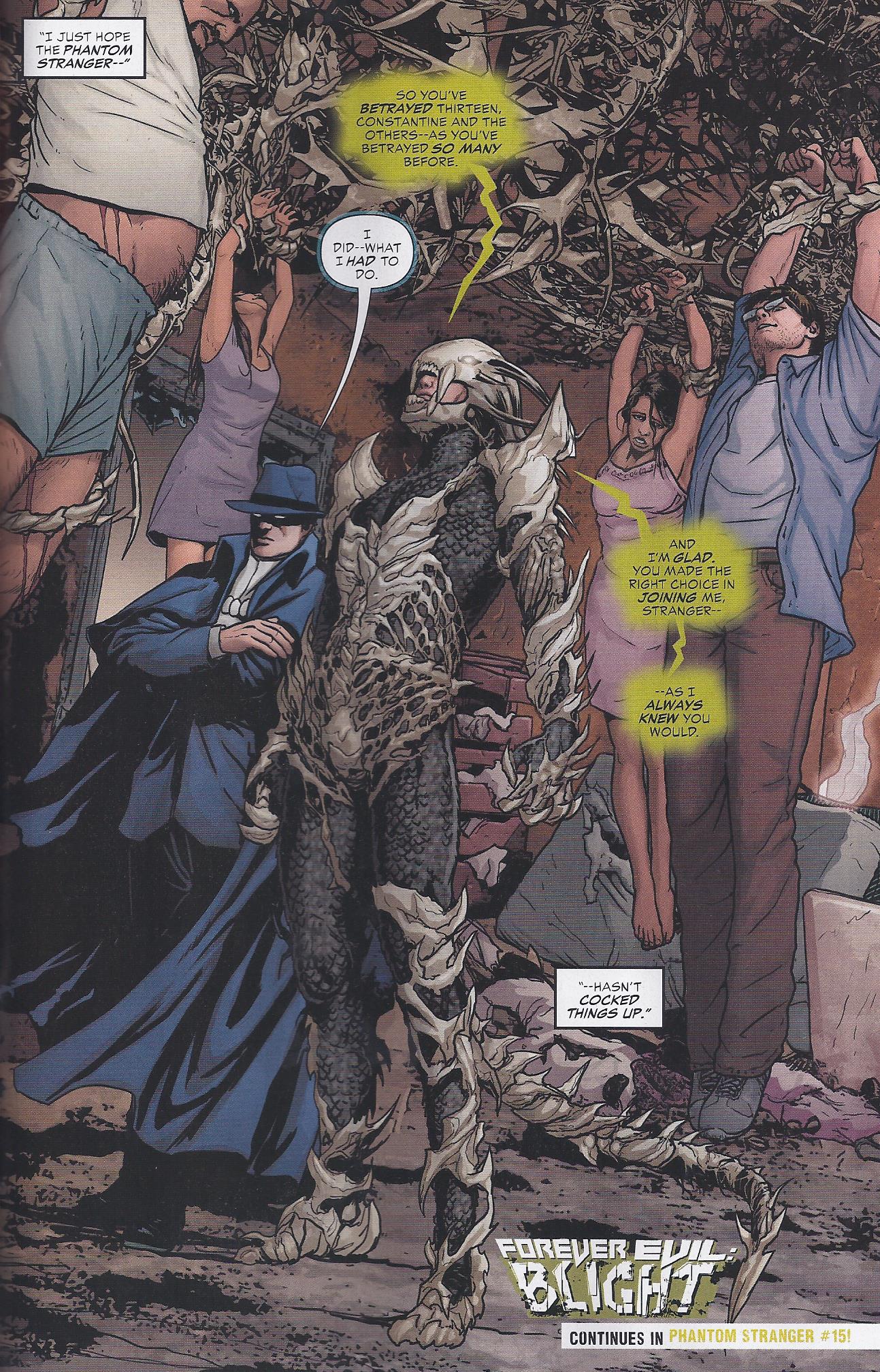 Just what is the Phantom Stranger up to? Why has he aligned himself with Blight the central villain in the Forever Evil: Blight cross-over (full checklist is here)?