April 2014 continues to shape to be a big month for DC Comics in its post Forever Evil New 52.

In addition to the long awaited return of former Flash Wally West and the cancelling of Teen Titans, Justice League of America is also cancelled that month and the previously announced Justice League Canada is stillborn. In its place is a Jeff Lemire penned and Mike McKone drawn Justice League United that will have the new team divide its time between Canada and outer space.

Here’s what Jeff Lemire had to say in a recent interview with USA Today:

DC Comics’ Justice League of America series ends in April, and then later in the month Lemire relaunches it as Justice League United with a zero issue and a diverse superhero team that will split its time between Northern Ontario and cosmic locales. 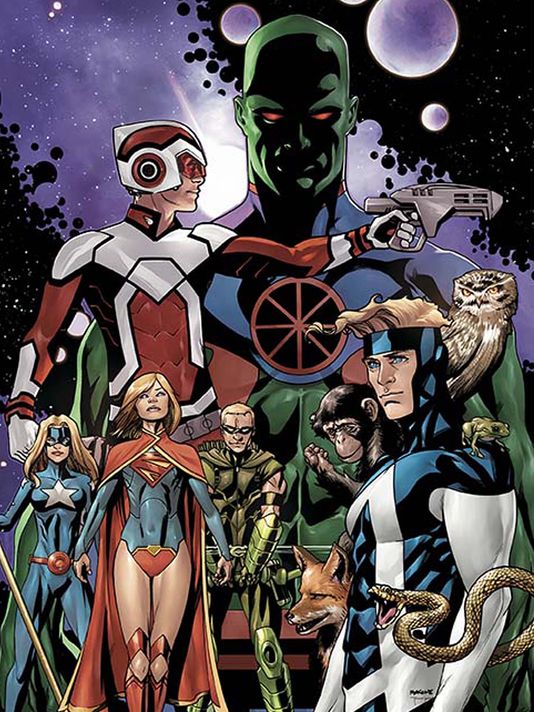 “It keeps the book fresh when you have those two very different settings or landscapes to go between,” says Lemire, who’s working with artist Mike McKone on the new effort…

…Stargirl, Martian Manhunter, Hawkman and Green Arrow are members of the previous JLA who carry over into the new squad, which also includes Animal Man, Supergirl and a reintroduced Adam Strange…

…Lemire also plans on introducing an all-new character to the DC Universe as a member of the team, a superpowered Cree teenager from the Canadian area where the team is setting up their headquarters.