Ted Kord returns to the DCU in Forever Evil #7, and plays a role in Justice League post-Forever Evil. 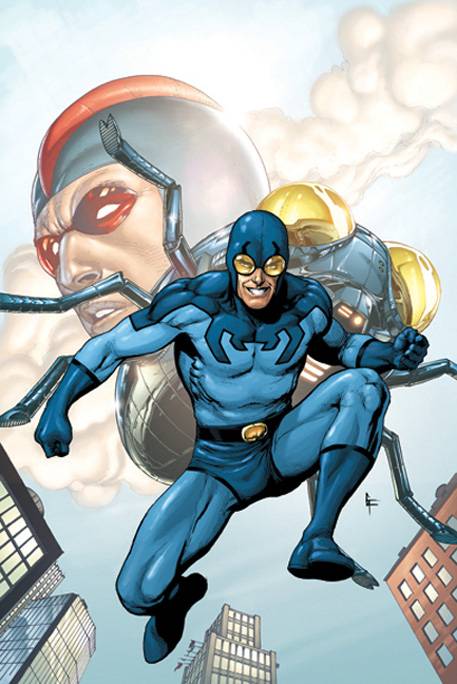 Ted Kord was comicdom’s second Blue Beetle and debuted in 1966 for Charlton Comics; the first Blue Beetle was Dan Garrett also from Charlton. DC Comics bought Charlton properties a decade or so later and Ted Kord, as Blue Beetle, gained greater prominence in the 1980s headlining his own Blue Beetle comic book series as well as being a member of the Justice League and Justice League International in its “humorous” BWA-HA-HA phase.

What this return means for Jaime Reyes, the teen more cosmic Blue Beetle whose New 52 series was cancelled early on, of the DC Comics New 52 has yet to be known. With DC incorporating animated TV series Batman Beyond into canon via 2014’s 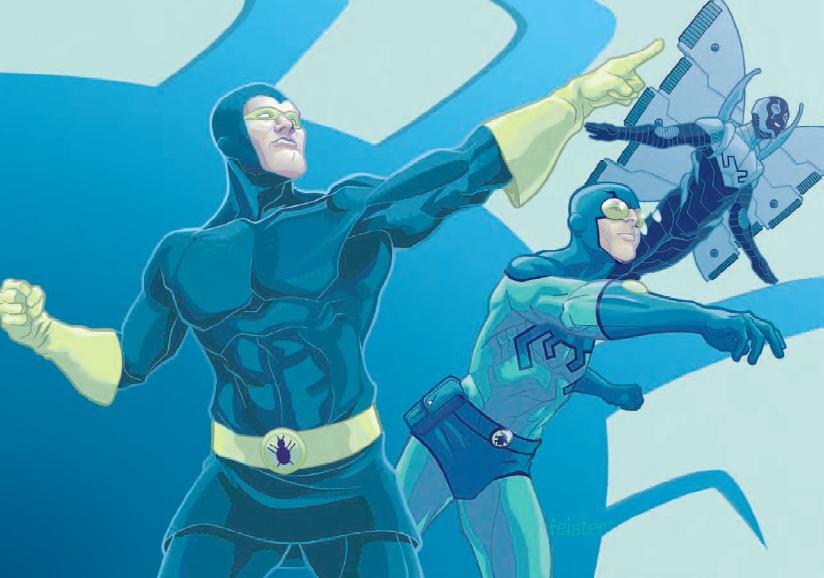 weekly series called New 52: Futures End, I wonder if DC would do the same with Young Justice Invasion? Endeavor to incorporate the rainbow Beetles of the Reach into continuity a la the rainbow Lanterns?

If you want to know more about the history of Blue Beetle – all of them – check out TwoMorrows Publishing’s Blue Beetle companion. A free preview of that book is available here.