Justice League #27 hits stands this week. DC Comics has released its New 52 preview of the issue that focuses on the Doom Patrol (finally).

This follows news of the DC Comics New 52 debuts of:

Originally, it appeared that the DC Comics New 52’s Doom Patrol would exclusively be modeled on its 1970’s incarnation. However now we see that it will also include members from the team’s initial 1980’s incarnation (spoilers here). 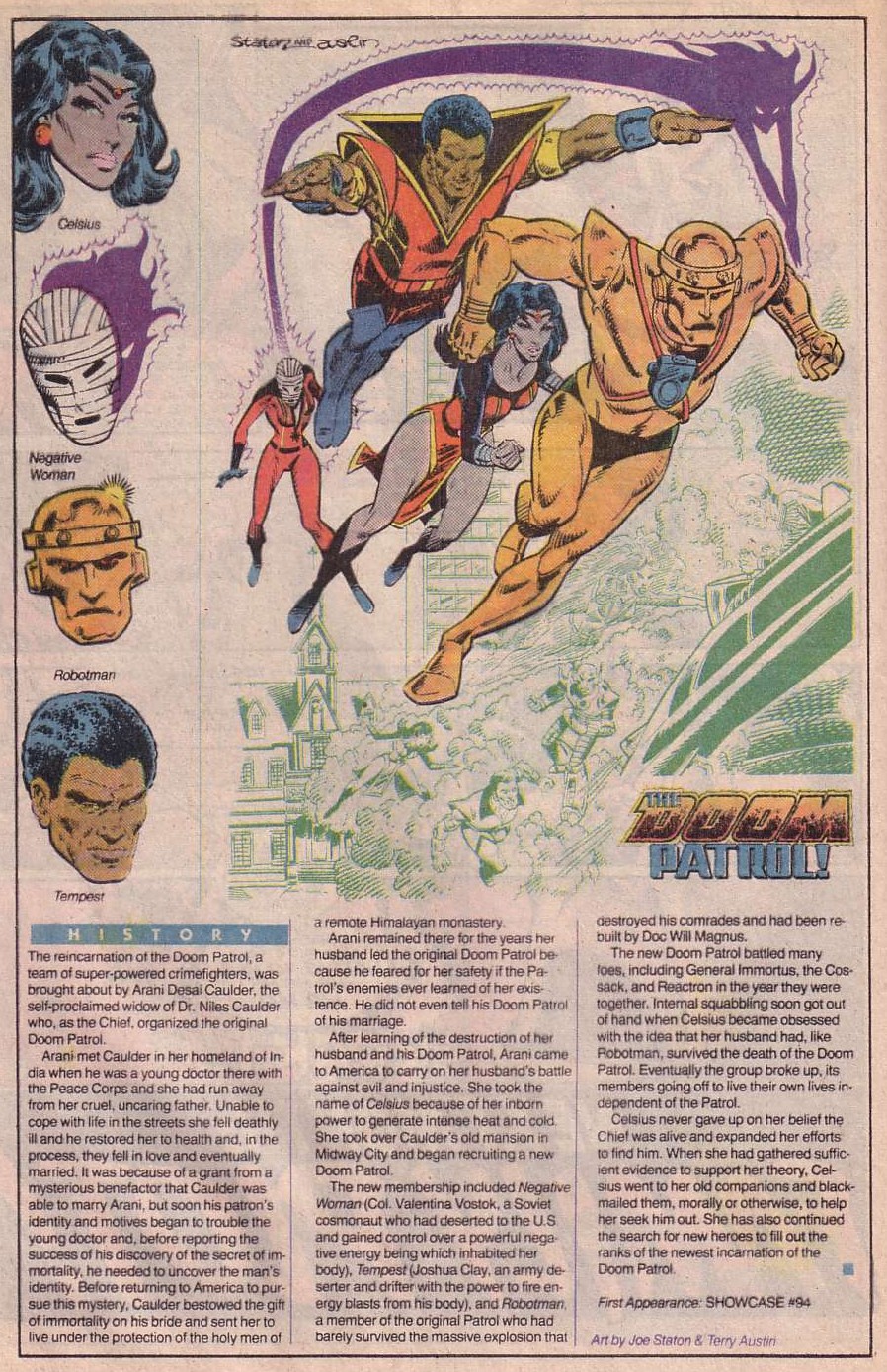 Check out the three members of the 1980’s Doom Patrol in Justice League #27 below!

I wonder if they will get their own ongoing series in April 2014?

Thanks for reading. All feedback welcome! :)