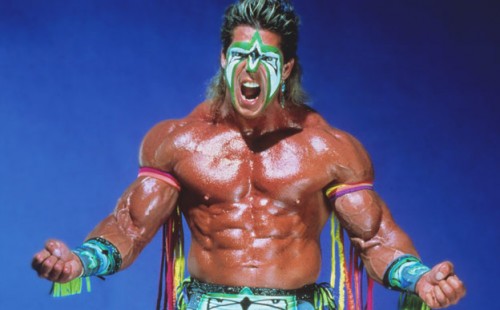 Hollywood producer Robert Evans once remarked that when it comes to telling stories there are three sides: your side, my side and the truth. Sadly, when it comes to the Ultimate Warrior the “truth” will have to be left to interpretation.

The arrival of the WWE home release Ultimate Warrior: The Ultimate Collection on April 1st, 2014 is bittersweet, especially with his death happening one week later. In some respects this was World Wrestling Entertainment extending an olive branch for having alienated a sports entertainer that was very polarizing to begin with during his three stints with the company. Bridges were burned on both sides and it had been more than fifteen years since WWE fans had seen the Warrior step inside the squared circle.

The Ultimate Warrior’s arrival with the company saw him part of the wrestling boom of the 1980s and his departure was prior to the start of the “New Generation,” which put an emphasis on pushing younger talent after the WWF steroid scandal. Warrior’s return in 1996 was short, squashing the likes of an aristocratic Hunter Hearst Helmsley (Triple H, for short) at WrestleMania XII and getting into a program with Goldust shortly thereafter. A few years later he would have a short run in World Championship Wrestling where he had the opportunity to work with Hulk Hogan once again. Eight years after pinning Hogan in the middle of the ring at WrestleMania VI, becoming the only man to hold with WWF World and Intercontinental Championships simultaneously, Warrior would return the favor losing to Hogan at Halloween Havoc. After that the man who ring announcers claimed to have hailed from parts unknown went off the wrestling grid. 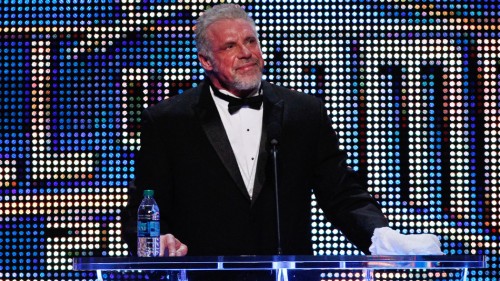 Born James Brian Hellwig, the man many know as the Ultimate Warrior would legally change his name to Warrior in 1993, leading some to suspect the man of having an identity crisis when that couldn’t be further from the truth. Very outspoken he would turn to motivational speaking and commentate with a conservative bent. How could Fox News Channel have resisted such an on-air personality?

Ultimate Warrior: The Ultimate Collection is the second retrospective WWE DVD release has done on the man identified with color tassels and elaborate face paint. The previous one, The Self-Destruction of the Ultimate Warrior (2005), painted the sports entertainer in an unfavorable light with unflattering comments from the likes of Triple H. Warrior’s refusal to cooperate with the project probably aided in ensuring that the DVD release be an overall hatchet job, minus the few superstars (Chris Jericho and Christian) who gave him an ounce of respect.

Regardless of how polarizing Warrior was, it’s hard to not see how this icon of the latter half of 1980s wrestling boom influenced superstars that followed. His theme music is as identifiable as is his bull in a china shop run to the ring and frantic shaking of ring ropes, the latter of which Batista would emulate as a matter of respect. And who can forget the promos? Warrior’s promos contain some of the most intense rambling and intangible context you’re likely to hear with references and metaphors that would make Dennis Miller’s Monday Night Football commentary seem as if he were quoting Calvin & Hobbs.

In terms of the actual package, this new collection is available as both a three-disc DVD set and two-disc Blu-ray set. The Blu-ray contains the same content as the DVD and an hour’s worth of exclusive extras. The Ultimate Warrior was never a mat technician and he probably had the same amount of moves in his wrestling arsenal as Hulk Hogan. Nevertheless, it was a hoot watching the squash matches Warrior had against the likes of Barry Horowitz and Steve Lombardi before moving up the proverbial ladder where he would end Honky Tonk Man’s record-length Intercontinental Championship run in record fashion at SummerSlam 1988.

Some of the matches included in the set will feel like déjà vu but they are of a historical importance. By that I mean where he brought “Hulkamania” to its knees at the showcase of the immortals (WrestleMania VI) and retired the “Madness” the following year at WrestleMania VII. Both matches are essential viewing for wrestling fans because they are brilliantly executed in their ability to draw the crowd in and have them hang on each and every near pinfall until the ref finally counts one, two, three. 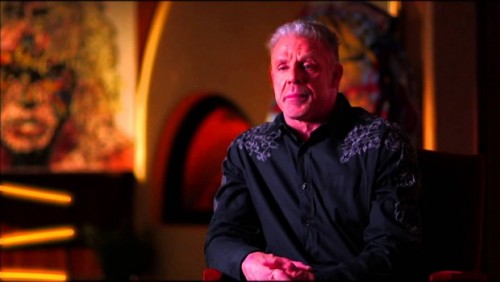 Rather than go with a documentary as the main feature and have matches and promos serve as the extras WWE has incorporated a similar concept recently seen on the Shawn Michaels: Mr. WrestleMania release: Warrior provides comments to open, bridge or set up the next segment of the collection. Overall, there are twenty-four instances where Warrior (sans face paint and tassels) speaks openly about his experiences in wrestling, including working with “Macho Man” Randy Savage, Andre the Giant, The Undertaker and more.

Wrestling fans looking for a superior match selection will be disappointed, but that’s to be expected as you can probably count the number of great matches Warrior has had on one hand. But there are some gems to be found, including matches with Mr. Perfect, Ted DiBiase, and a few with “Macho Man/King” Randy Savage.

The reason you get this Ultimate Collection is if you were a little Warrior that’s grown up to still be a Warrior-fanatic at heart. Match quality means little when you get to hear stories from the man himself. The matches are the icing and the promos are the cherry. For those that decide to get the Blu-ray set you’ll get to see an early bout with him as the Dingo Warrior taking on a pre-Doink the Clown Matt Borne, plus taking on the self-professed “World’s Strongest Man” Dino Bravo and teaming with the British Bulldogs in a six-man tag against Demolition and Mr. Fuji. Contract signings for matches at WrestleMania VI and VII are nice touches, though I could have done without having his non-match with Goldust at In Your House: Good Friends, Better Enemies as an exclusive extra. Though his Tokyo Dome WrestleFest ’91 match with Sgt. Slaughter is all kinds of crazy highlighted with Warrior making his way through the crowd before the start of the match to incorporating steel chairs and a table into the action. All that was missing was a ladder.

Oh yeah….I got your back Warrior pic.twitter.com/f9pbrYfbRe

For all of the criticism he has endured, some of it his own fault, even in death Warrior will remain a legendary performer. His influence on the sport of wrestling becoming more of a spectacle is without notice. He understood the business probably better than most despite not living and breathing the industry. Ultimate Warrior: The Ultimate Collection is a visual epitaph about a man who was one of the most unique wrestling personalities of all time. All I can say now is load up the spaceship with the rocket fuel, Heaven abounds.

Micronauts #38-59 By Mantlo, Kane, Guice & Others For Marvel Comics