The fourth round voting has ended and we are down to the final 8 shows. Lots of close match ups this round, but were there any more upsets? Lets take a look back.

The ABC Region had #1 The Walking Dead finally defeating Doctor Who by a comfortable margin of 67%. In the other matchup, #6 True Detective continues its run through the tournament. This time they beat #2 Dexter by 2 votes. That sets up a #1 vs. #6 matchup in the Elite Eight.

The FOX Region guaranteed that an unseeded team would make it to the Elite Eight. In the unseeded battle, Arrested Development ended up with a 1 vote victory over Parks & Recreation. On the other side, #2 Modern Family had little trouble with #6 Mad Men and won with 75% of the vote.

The CBS Region had been the home of easy wins. But this round both match ups came down to 1 vote each. #5 Game of Thrones looked like it might beat #1 Breaking Bad for a mild upset, but a late push by Breaking Bad fans has moved them to the next round. It also came down to 1 vote between #2 How I Met Your Mother and Arrow. In the end, the seeded team won out. This sets up the only #1 vs. #2 matchup in the tournament.

The NBC Region once again had no close match ups. #1 The Big Bang Theory easily beat The Colbert Report by 83%. #6 Sons of Anarchy also won by 80% over Revenge. The upsets have stopped in this region. Next round will feature another #1 vs. #6 matchup.

So out of the final 8 shows, 7 of them are seeded. There are still three #1 seeds, two #2 seeds, and two #6 seeds left. There is one lone unseeded team. So this next round will feature some big match ups. Also interesting to note that over half of the shows left come from cable or streaming channels. There are two shows left from CBS and AMC each. Then, one show each from ABC, FX, HBO, and NETFLIX. 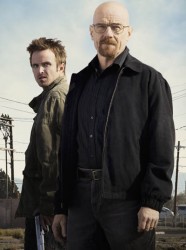 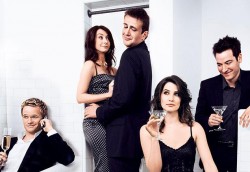 The Elite 8 round polls will stay open for one week. Remember to tell all of your friends to vote as well!