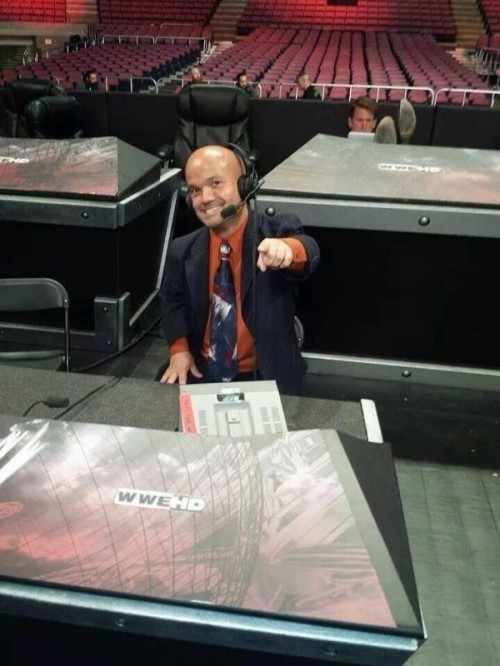 In the background, John Cena can be seen casually conversing with Bray Wyatt and The Wyatt Family as they run through their match for Extreme Rules.

Short Sleeve Sampson later apologized for the mishap, saying, “They say a picture is worth a thousand words but in my case it has become the center of a lot of controversy. I want to publicly apologize to the WWE, the workers in this business who give their blood, sweat, and tears, and to all the fans that continue to support it.”

He added, “I love this business and I feel honored to be a part of it … I would never intentionally try to do anything to compromise it or break kayfabe. I do want to thank all those responsible for keeping this story going and for being the ones who are truly exposing the business.”