Original Sin is the All-New Marvel Now comics event for the summer from The House of Ideas. It comes with an intricate publishing plan with several series and titles being roped in. Here’s how it shakes out: 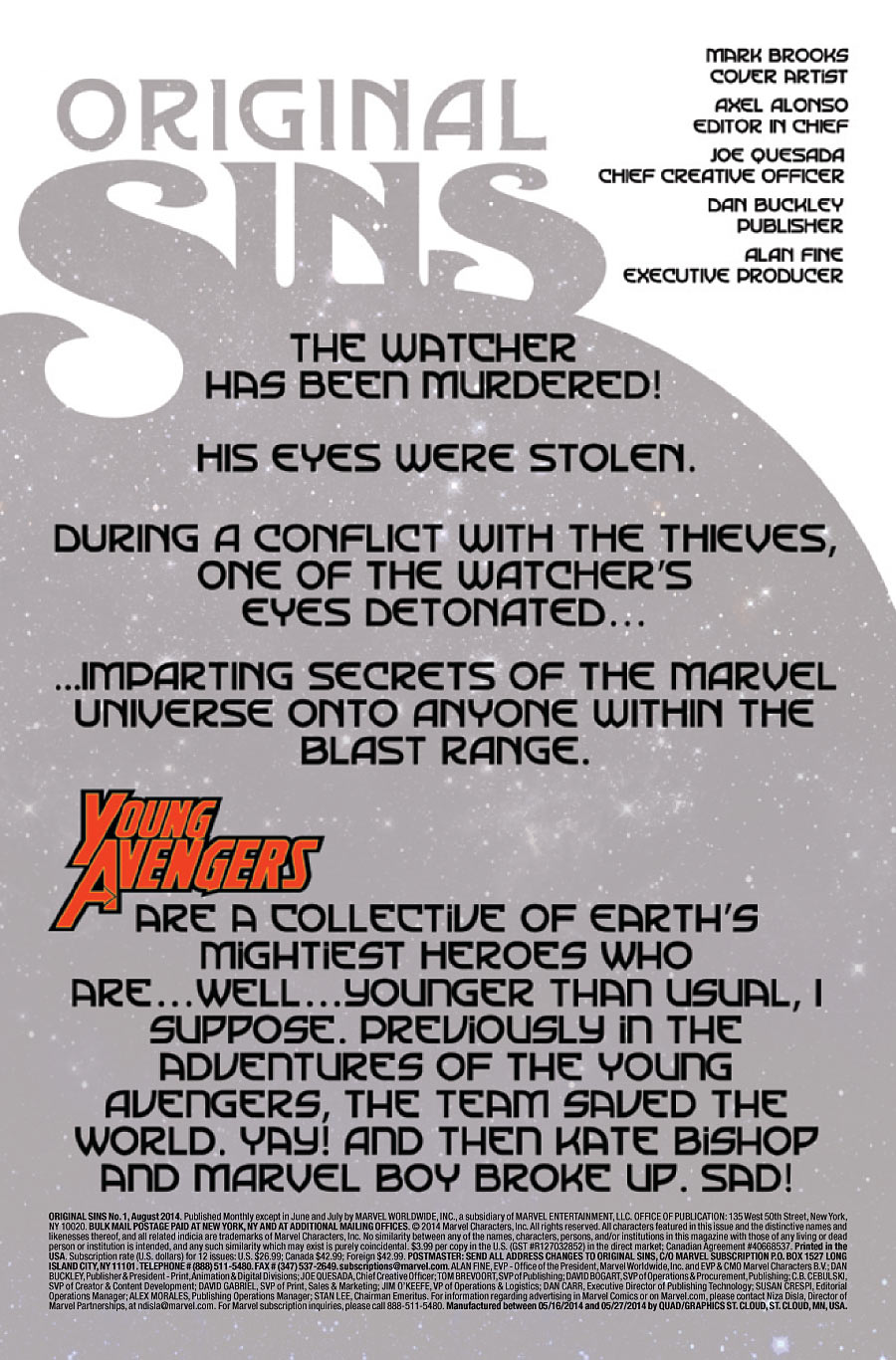 The core Original Sin mini-series has been chugging along and finally picking up (somewhat) last week with an impactful cliff-hanger. What’s transpired so far:

Now that your caught up, that brings us to

We know that Young Avengers will be consistently in Original Sins. So, how does Marvel Comics choose who else will be featured in done-one-issues? Looks like Original Sins will be the prequels or set ups to upcoming All-New Marvel Now series. So, first up we have Deathlok who gets his own series in October described as (movie buffs take note): “The Manchurian Candidate meets Robocop“.

His Original Sins tale leads directly into his new series. 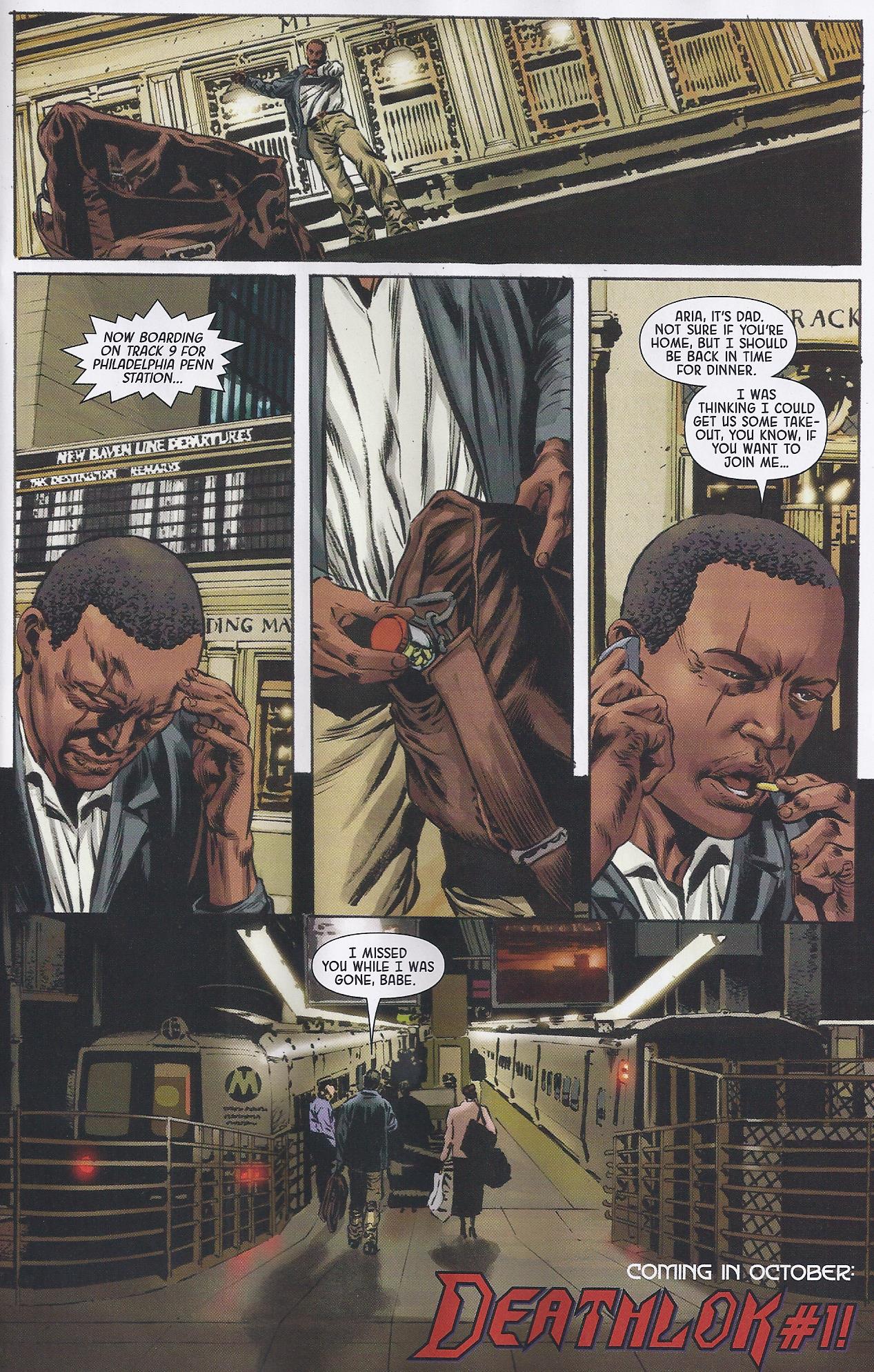 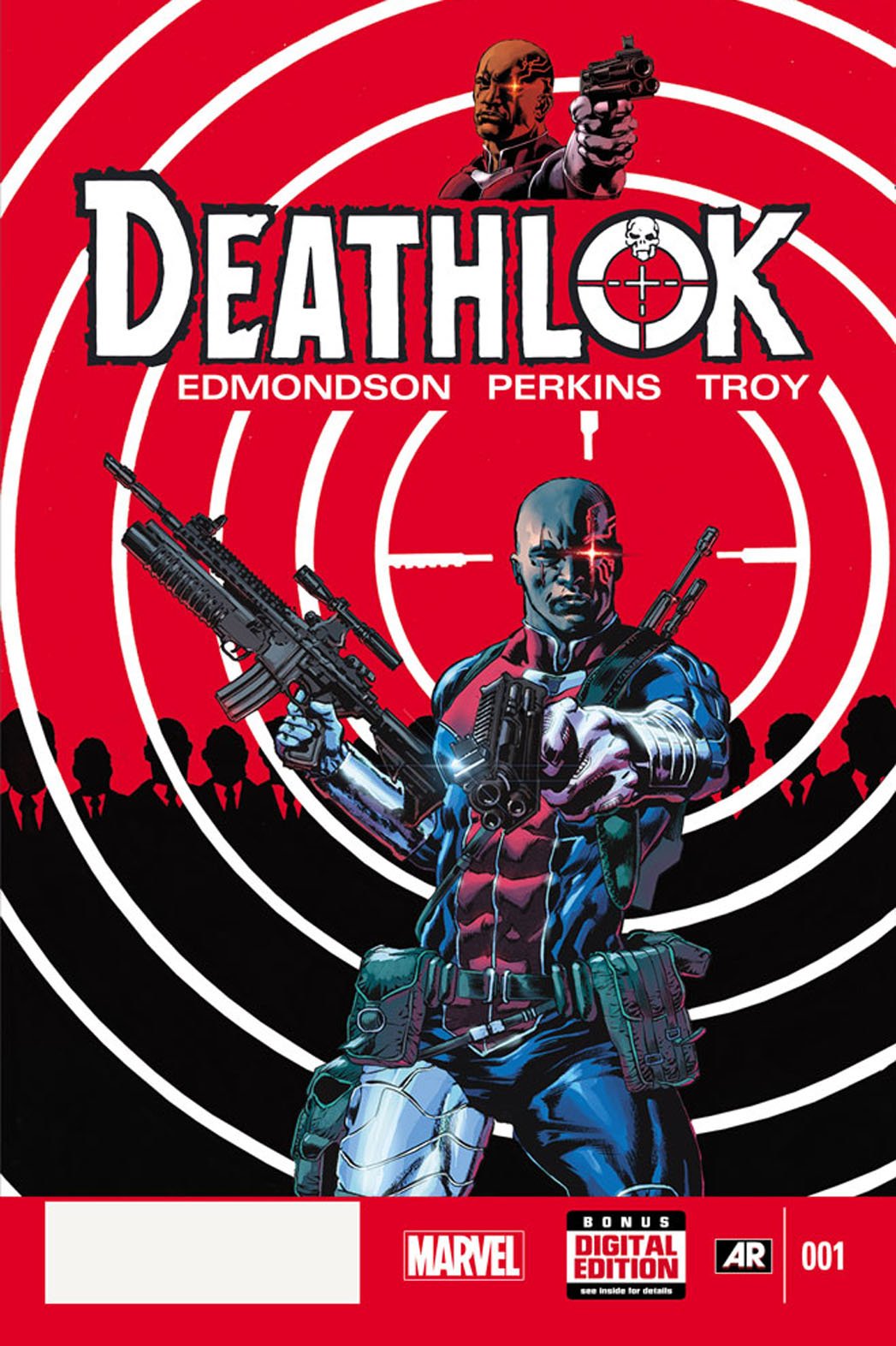 This all capitalizes on the character’s prominence in Season 1 of ABC’s Marvel Agents of SHIELD.

The book ends with the Young Avengers tale. It seems the team is drawn to Dr. Midas’ daughter Exterminatrix, as revealed in the free preview page below via CBR, who along with Dr. Midas and the Orb caused havoc for the Avengers in the core mini-series in Original Sin #2 and #3. In turn, a surprising villain – that Marvel really wants fans to think is a major Big Bad – confronts the team with an offer they seemingly won’t be able to refuse. 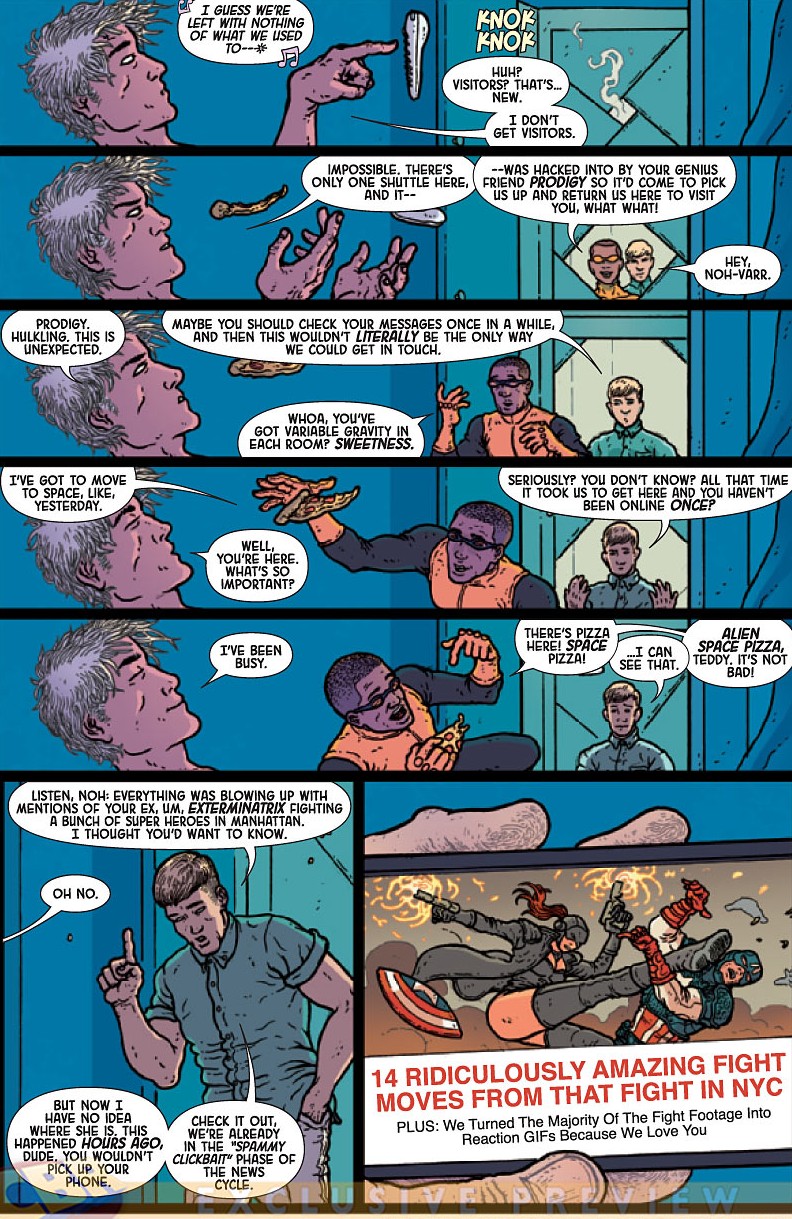 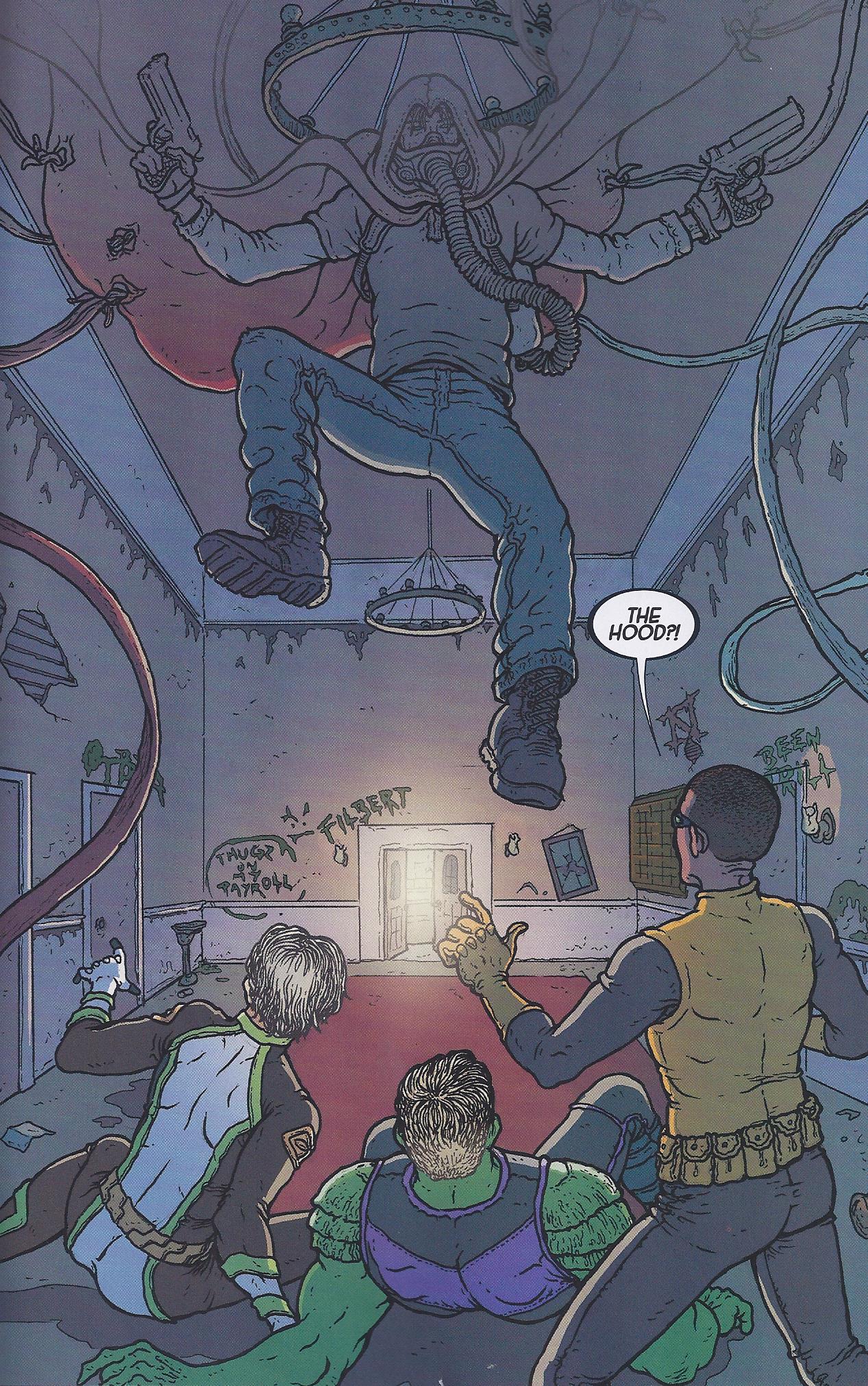 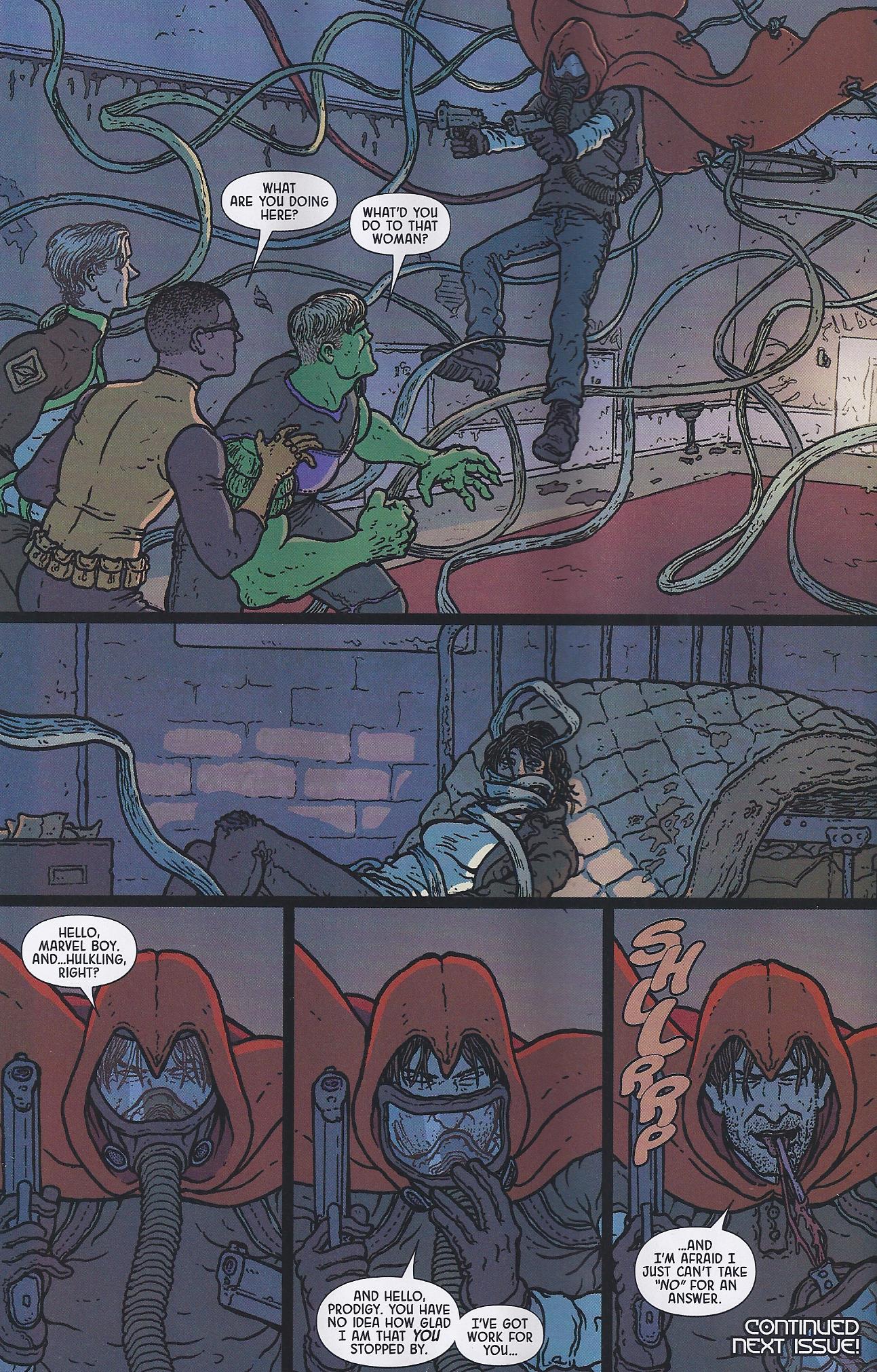 The Hood. Dr. Midas. Exterminatrix. The Orb. These are the villains revealed so far in Original Sin and Original Sins. Does the cast of villains make you think the Avengers are in serious trouble? I didn’t think so.

Original Sins seems more like a promo book to start with Deathlok (which is a well written and well drawn lead into his new series) and a relevancy project with Young Avengers (which was a confusing story with an art style I’m not a fan of).

I was hoping for some more Orb-induced original sin revelations in Original Sins, but we didn’t get it. A missed opportunity for Marvel to be sure and a very misleading title of “Original Sins” for this companion mini-series.