WWE.com: Stephanie McMahon Bailed Out Of Jail In Storyline 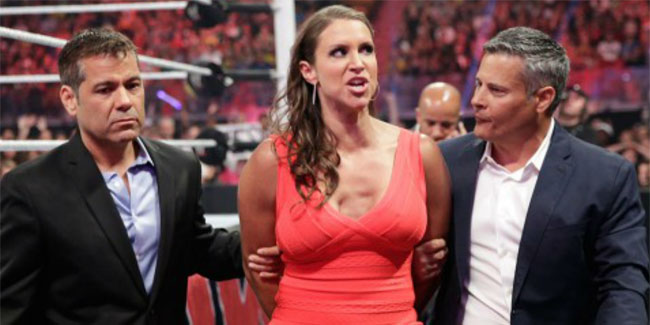 WWE.com has posted a storyline update to Stephanie McMahon’s trip to jail.

According to the report, Stephanie McMahon was released from the Miami-Dade Police Department at approximately 4 a.m. ET this morning.

Triple H, introduced as Stephanie’s husband, was said to have arrived at police headquarters at about 1 a.m. ET and immediately posted bail. “Ms. McMahon will need to return to Miami at a later date to face charges of battery and resisting arrest.”

Layers upon layers of storyline sources point to Stephanie being “an emotional wreck” and “juggling anger, embarrassment, humiliation and self-pity.”

According to WWE.com, on the advice of her attorney, Stephanie will not speak with the media.

Marvel Comics & Amazing Spider-Man #93 Spoilers: What & Who Is Chasm?!