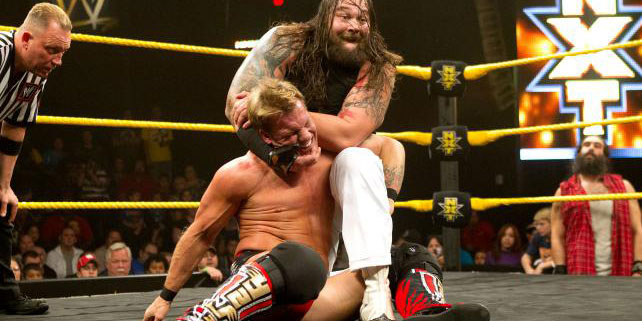 Chris Jericho returned to WWE and was immediately placed in a major feud with Bray Wyatt and the Wyatt Family. The first key singles match between Jericho and Bray was at the WWE Battleground PPV

The booking for the PPV originally had Bray Wyatt winning the match. It was changed on Sunday, not necessarily at the “last minute” but during the day before the event later that evening. Everyone on the creative team was assuming that Wyatt was winning all along. However, Vince McMahon brought up the fact that it was going to be a 2 or 3 PPV match series, and that while Bray was to win in the end, he shouldn’t win the first match.

It’s now expected that there will be a Chris Jericho vs. Bray Wyatt match on Summerslam and probably Night of Champions as well, with Bray scheduled to win one or both of those matches.

Jim Ross chimed in on the situation in his latest blog:
It’s somewhat insane for some fans to think that Bray Wyatt losing at Battle Ground to Chris Jericho was disastrous to Bray’s career which is actually laughable. Working with Jericho, who arguably should be the heel in this marriage, will do nothing but help Wyatt improve and Bray will undoubtedly win the blow off down the road.

Incidentally, the Wyatt Family attack on Jericho shown on Raw was actually taped Sunday in Tampa, Florida. This allowed Jericho to do a Fozzy promo tour in Los Angeles without losing steam in the feud.