What’s up with Double J in light of the TNA news? 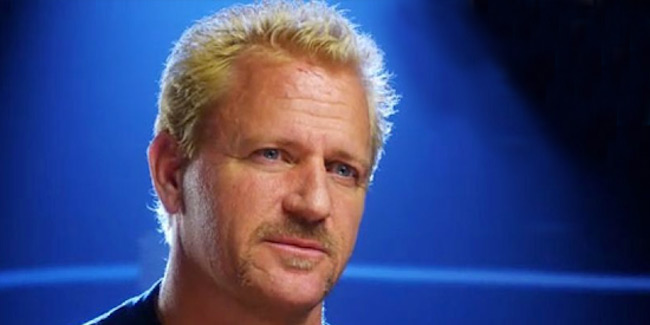 Jeff Jarrett, one of the founder of TNA Wrestling, has been publicly silent in light of the rumors of TNA’s cancellation by Spike TV.

Jarrett is still technically a minority owner of TNA, having only been bought out of most of his share in the company but not all. He remains an on-paper minority owner with apparently no voting rights.

However, one term of his migration away from helping to run TNA is that he is not permitted to bid against TNA for the Spike TV contract. This means that even though Spike TV might not want to air TNA, they cannot move immediately to a new Jarrett-based promotion such as Global Wrestling Federation.

While Jeff has been quiet on the TNA front, there has been some motion in the GWF front. Jarrett is said to have some money, but not fully what he needs to launch. Much of this depends on getting a TV time slot. However, with it being so late in the summer, a slot in prime time for the Fall 2014 TV season seems unlikely. The plan is still to have a reality show starring Jeff and his wife Karen, showing them starting up the federation, then leading into a wrestling show proper down the line.