Before I get to my capsule review and spoilers for New 52 Futures End #13, let’s get you caught up on this series so far:

Spoilers and capsule review follow for The New 52 Futures End #13.

Instead of following up on last week’s amazing cliffhanger scene set in 35 years into the futures, Futures End #13 roots us back only slightly into the future; 5 years from today. So, if you were hoping for more future Batman and future Joker, this not your issue; DC is saving that for a future – pun unintended – issue.

In the free preview released by DC Comics we get the Tim Drake call to action scene where his loved on is robbed. 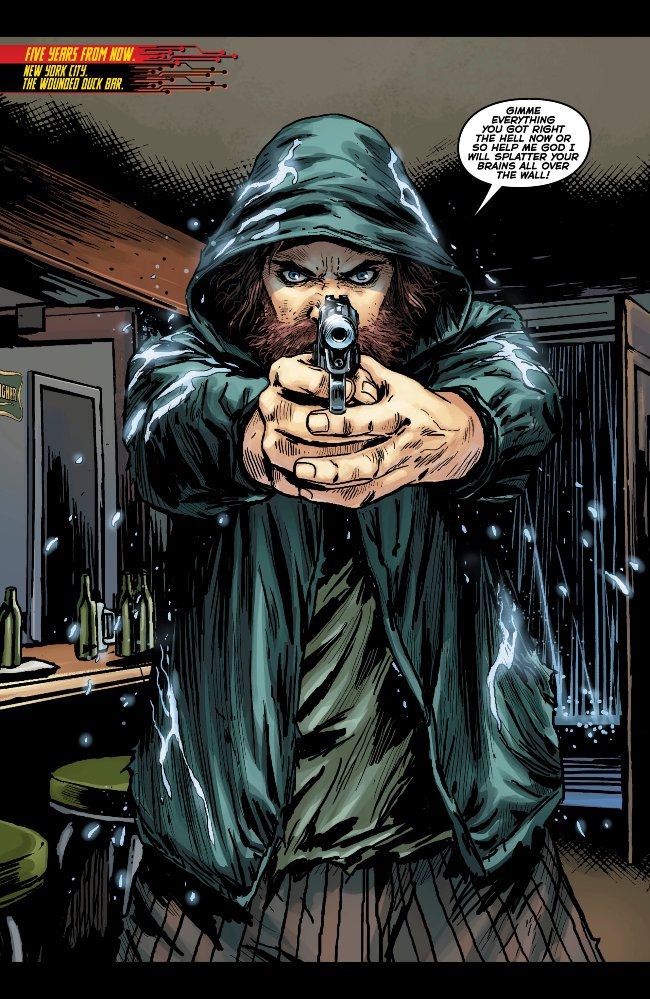 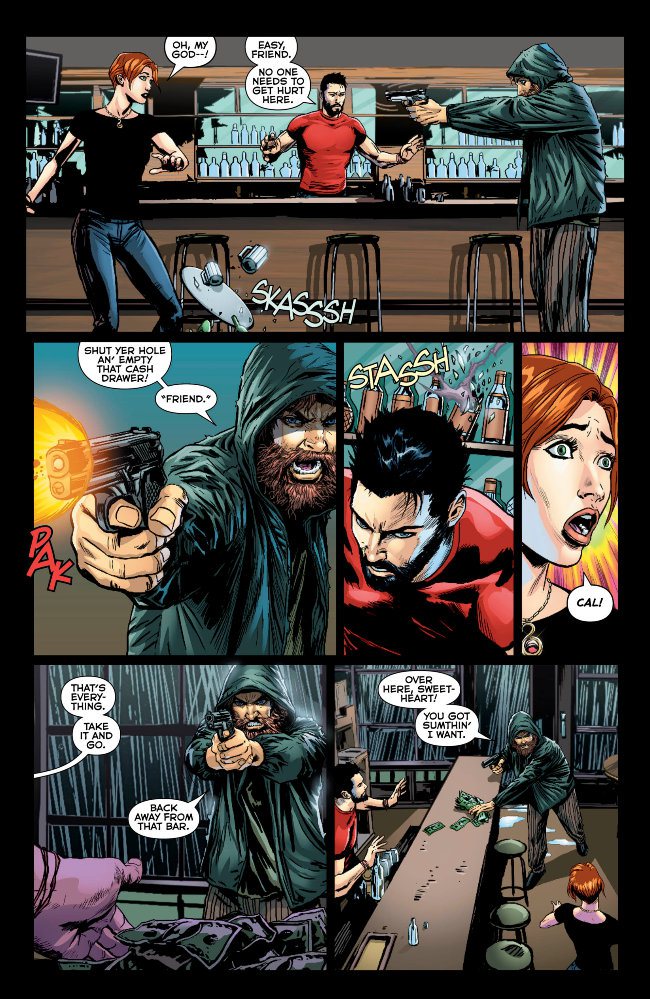 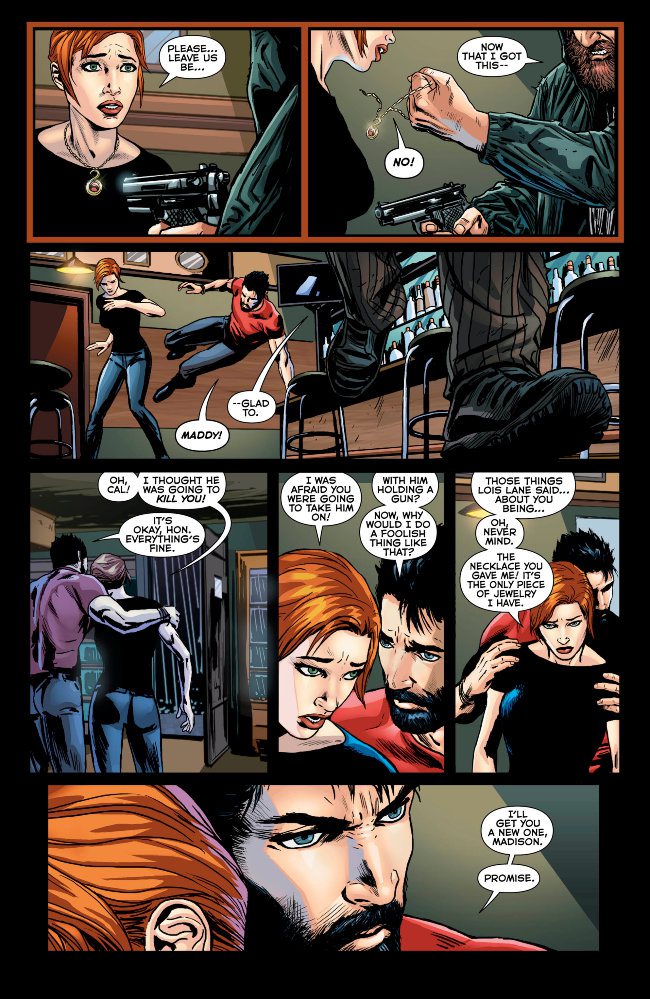 In that same free preview, We also get a contemplative scene with Mister Terrific pondering Batman Beyond. 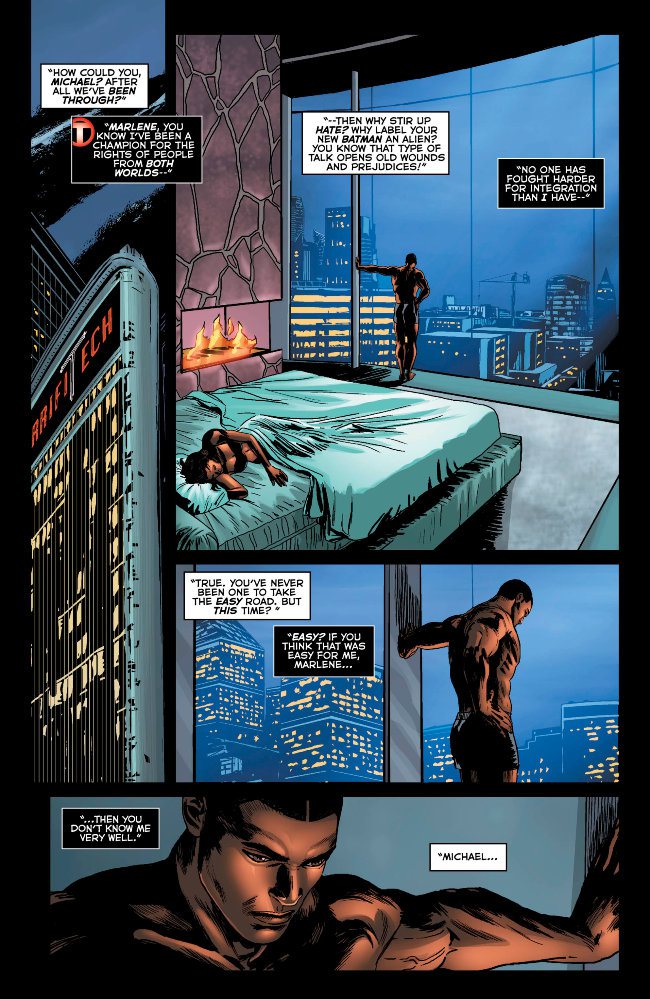 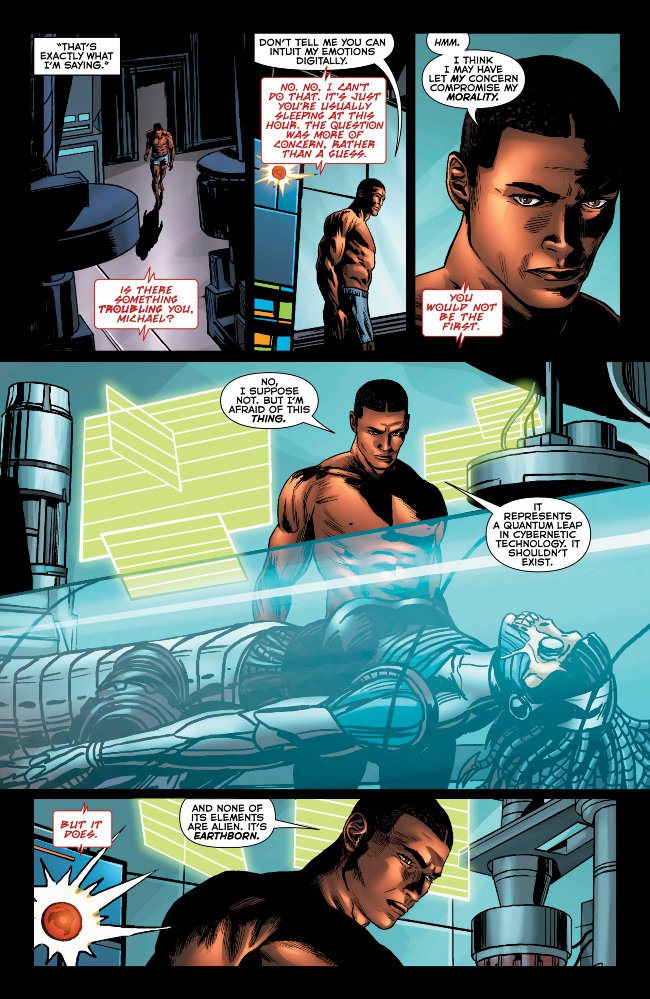 As we delve into the issue beyond was revealed gratis by DC Comics, the Tim Drake robbery scene is quickly handled; Tim covertly goes to get the necklace back. It really is a scene that real only serves to advance Tim Drake’s story, but it seemed expected and sadly underwhelming. Having Tin goes toe-to-toe with a super-powered super-villain in just his civilian garb would have been more dramatic, satisfying and cast Tim as “still having it” despite being inactive as a hero for years.

At the same time, Mister Terrific continues to be manipulated by that ominous computer. Mister Terrific sees Batman Beyond as a threat and the computer encourages him to leave his morals a the door in dealing with him. That computer is Brother Eye, I presume?

We then have movement on the Grifter / Earth 2 World’s End epilogue arc; with Grifter and Fifty Sue spying on a surprising Earth 2 development. Are the heroes of Earth 2 after World’s End de-powered?

The Batman Beyond Terrifitech heist subplot sees Terry McGinnis’ once allies turning their back on him because he’s a wanted man all over the news. He seems to have been easily dispatched, but clearly this isn’t the end of Batman Beyond’s story.

The book’s closing is probably the most compelling of the issue. We have Green Arrow’s Emiko and Big Barda walking the streets of Vancouver, British Columbia, Canada. Big Barda reveals a bit about what happened at the end of Earth 2 World’s End. It is a grim ending to that event. 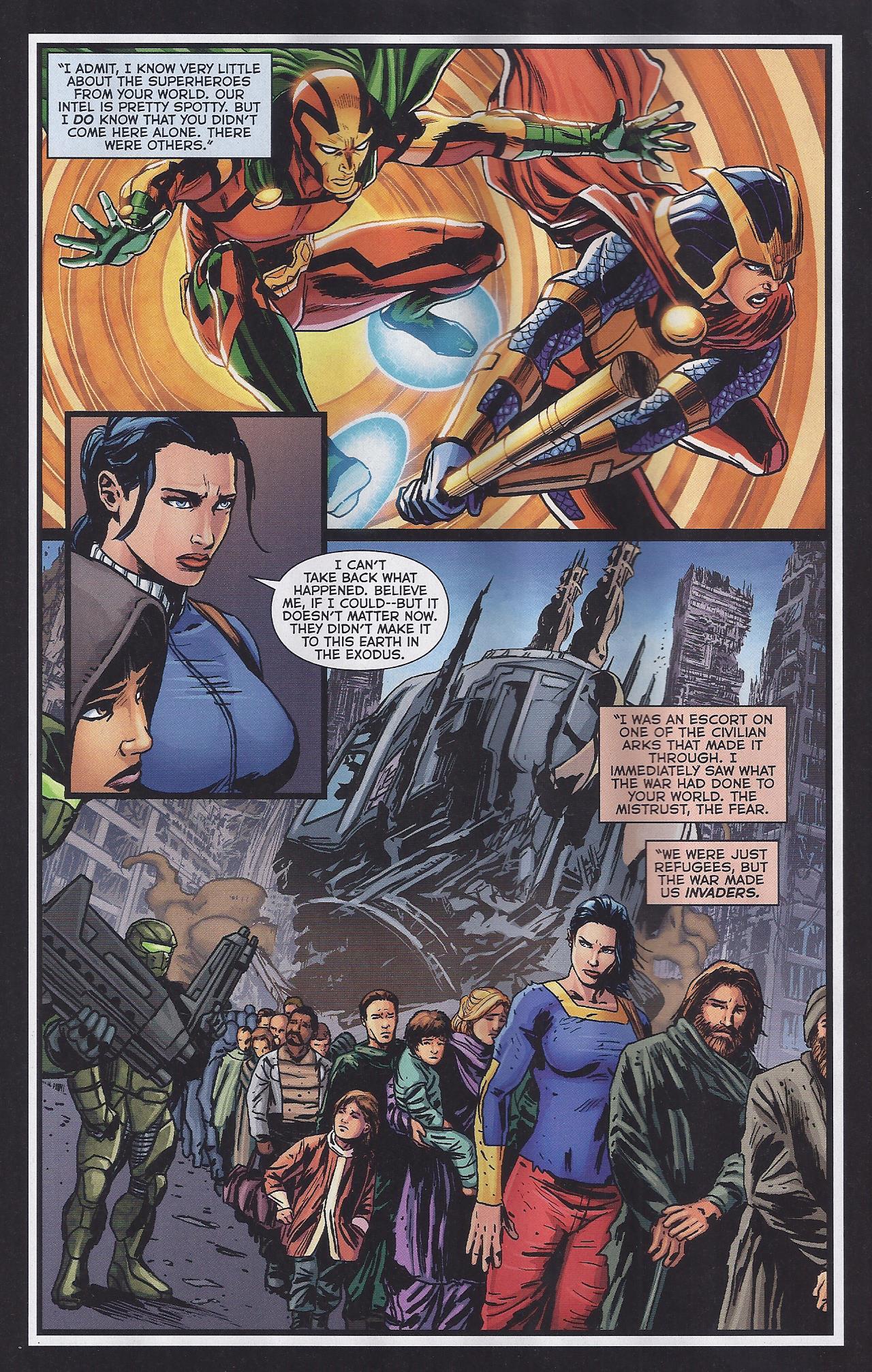 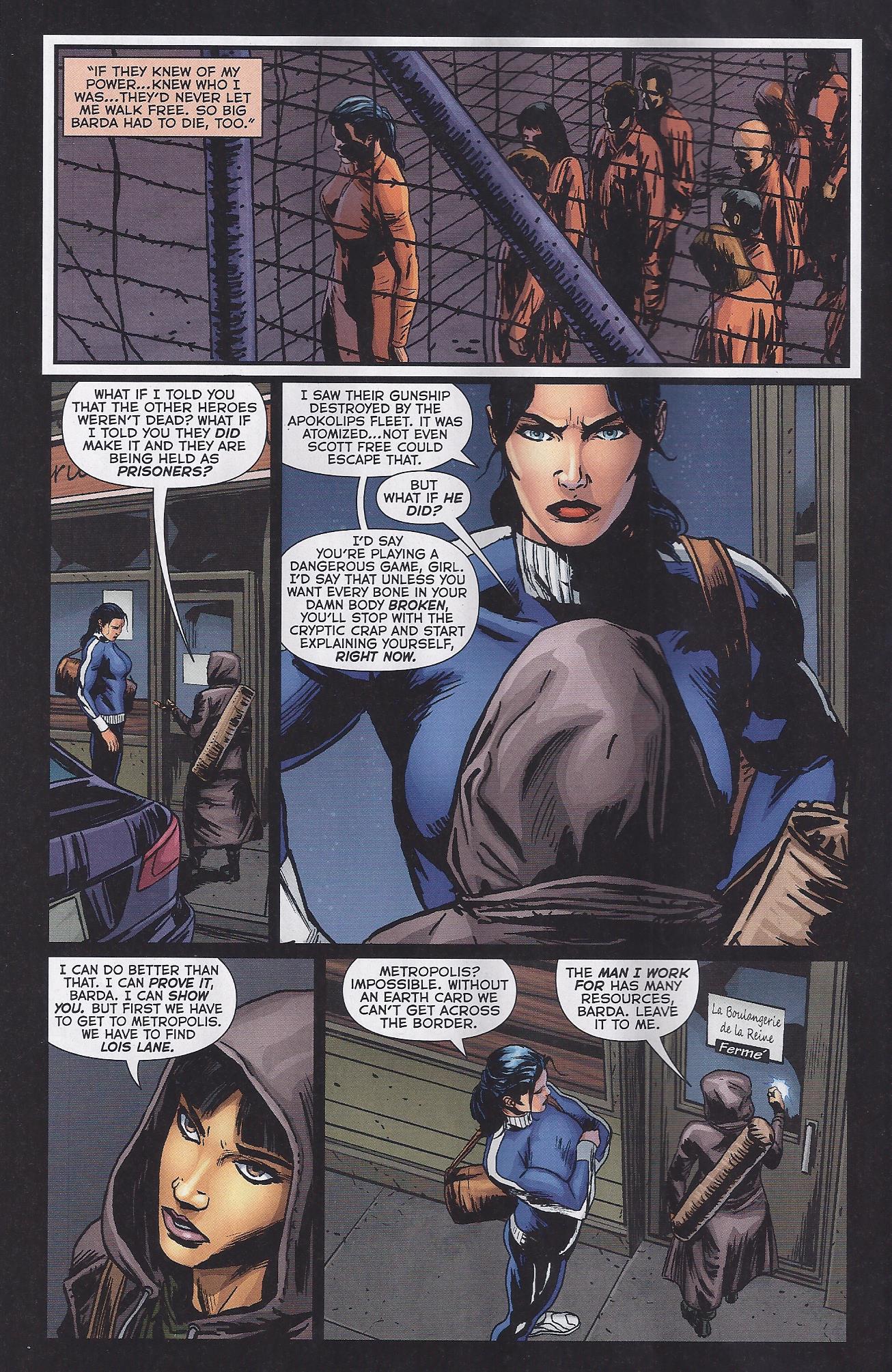 However, as they Barda regales Emiko with her Earth 2 fate, they are stopped a whining child who looks an awful lot like Fifty Sue – who we see busy in another part of the world on Cadmus Island earlier in the issue – seeing lost and looking for a family member. Despite Barda’s instinct, she and Amiko follow the little girl into a trap… 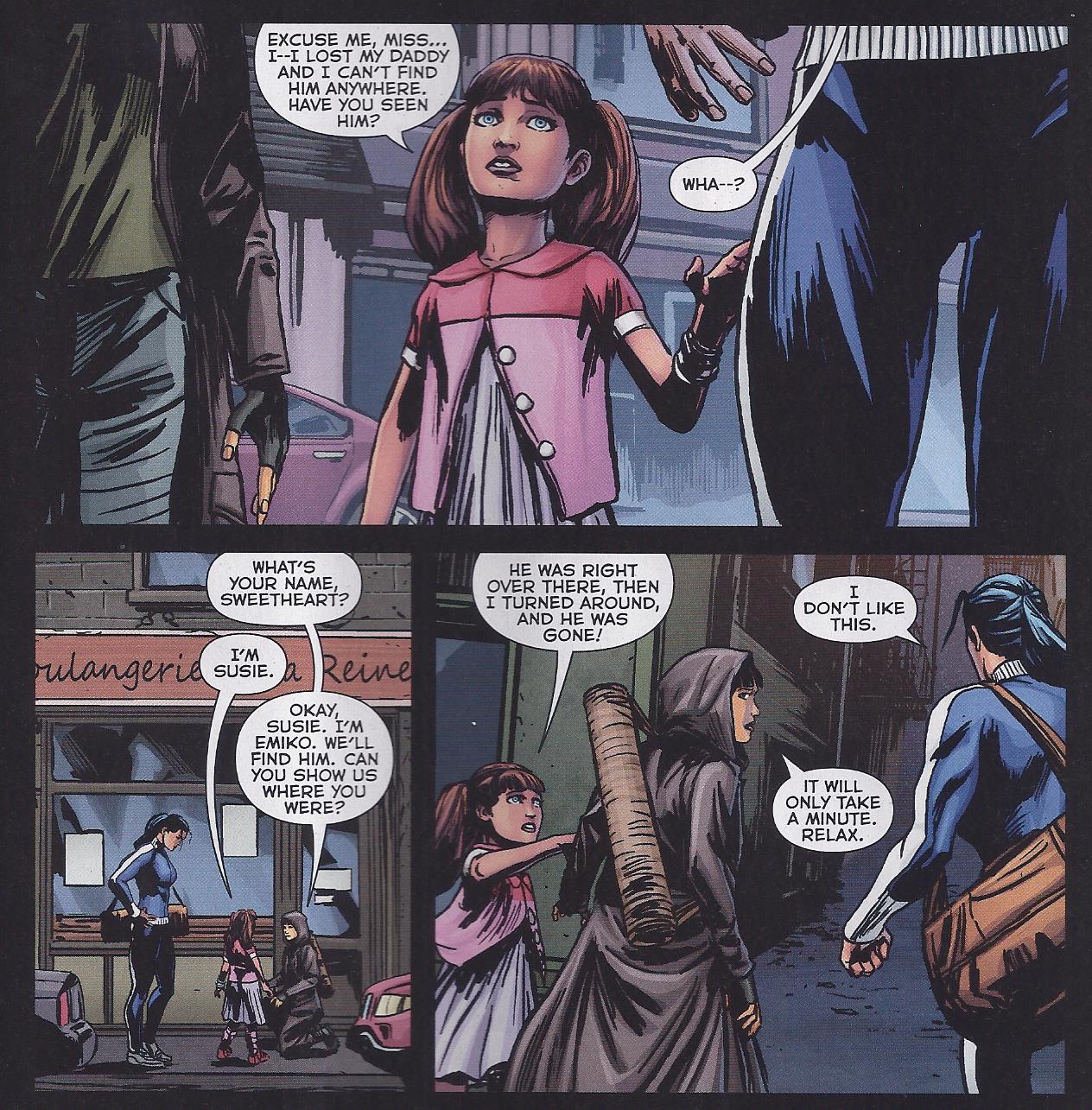 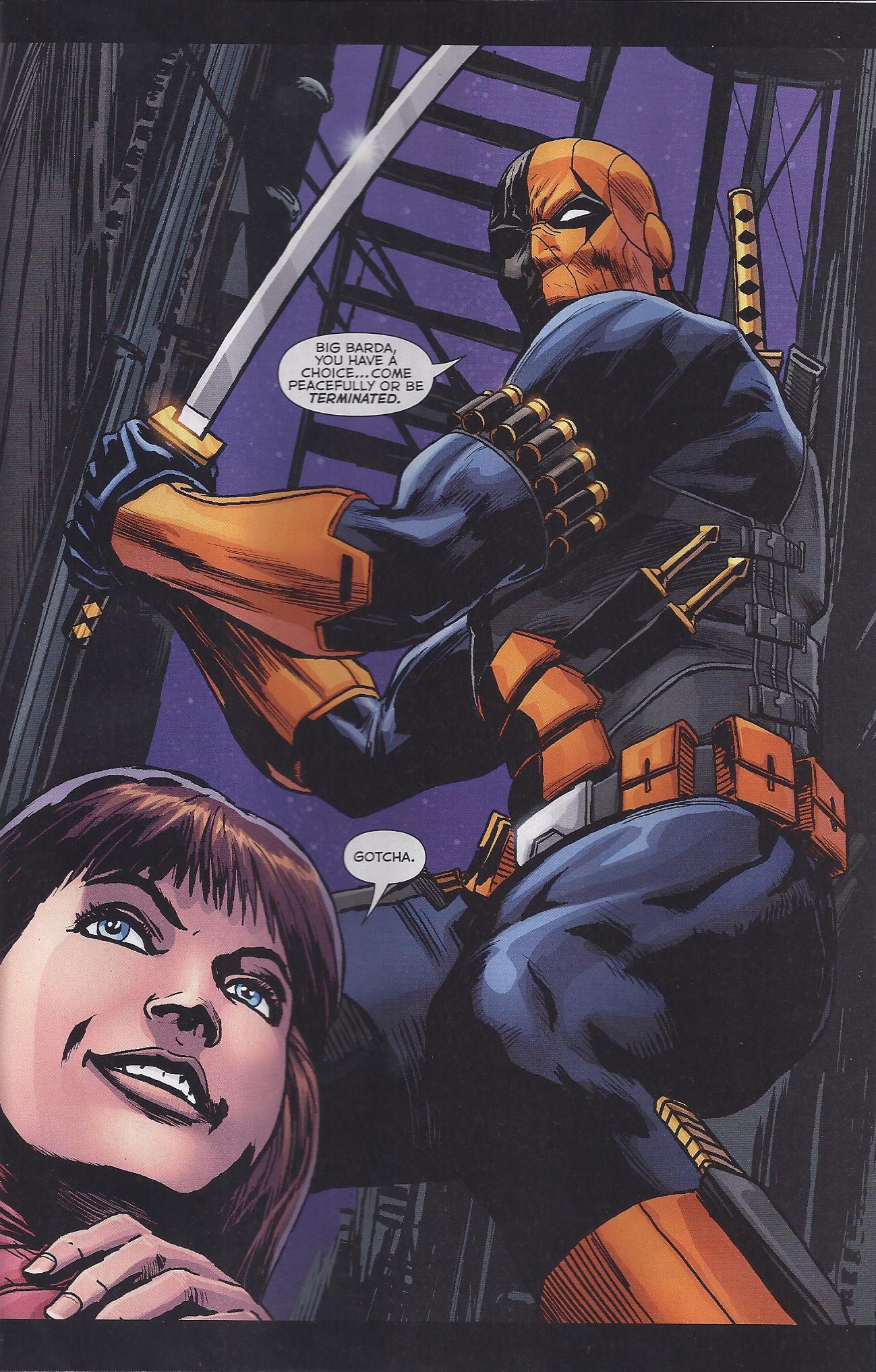 Overall, this was another lull issue except for the ending scene. That’s expected in a weekly virtually year-long series. We do get incremental movement on several subplots with the Earth 2 World’s End epilogue – with Grifter and Big Barda respectively – being the most entertaining for me. A missed opportunity in this issue with no future Joker or Masked Superman, but perhaps next week will have us see more of them?

And, as usual, we get a tease of the next issue: The New 52 Futures End #14! More Earth 2 “wonders” appear, Batman Beyond in costume and more than one Fifty Sue?! Wha…. Lots of questions heading into next week. 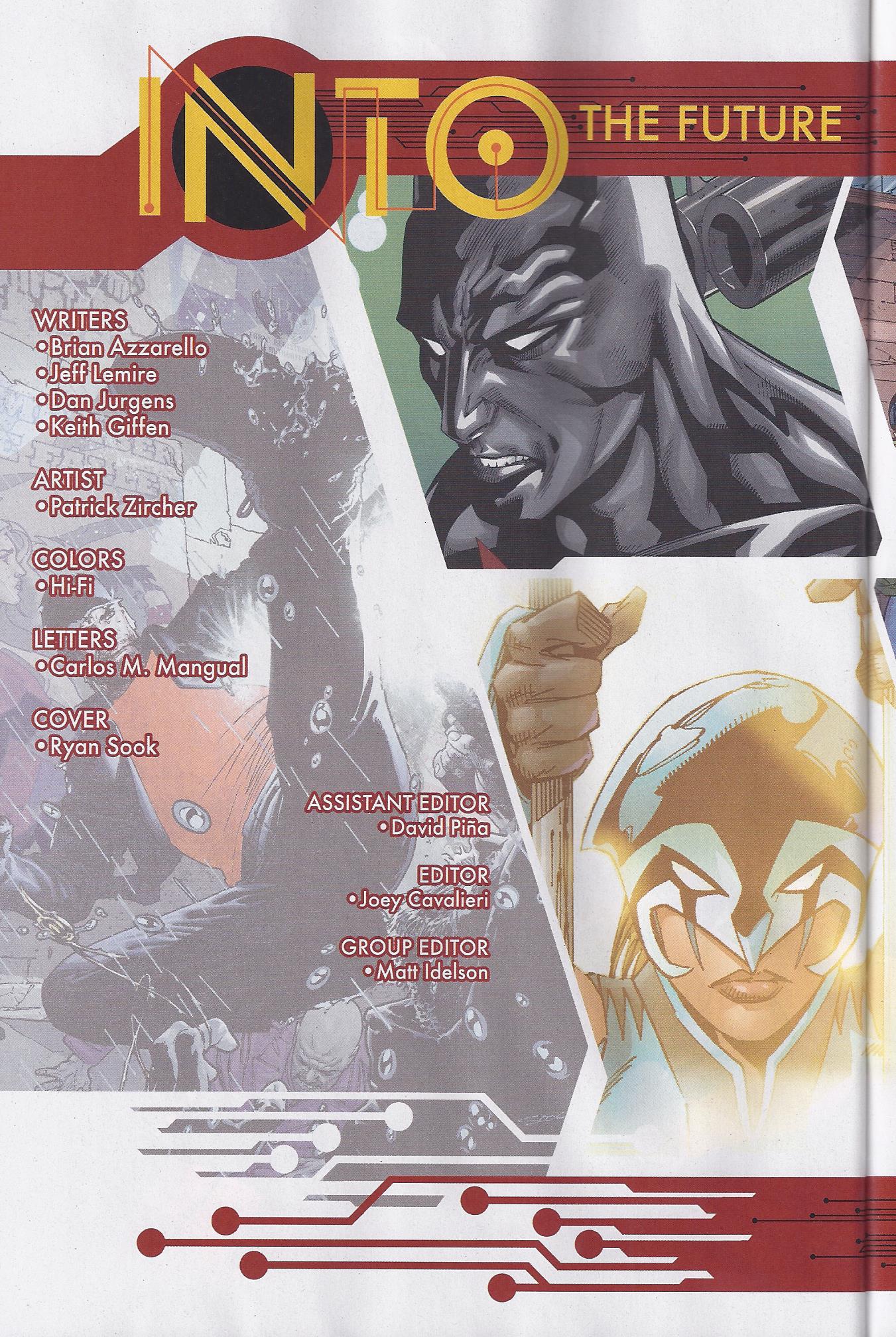 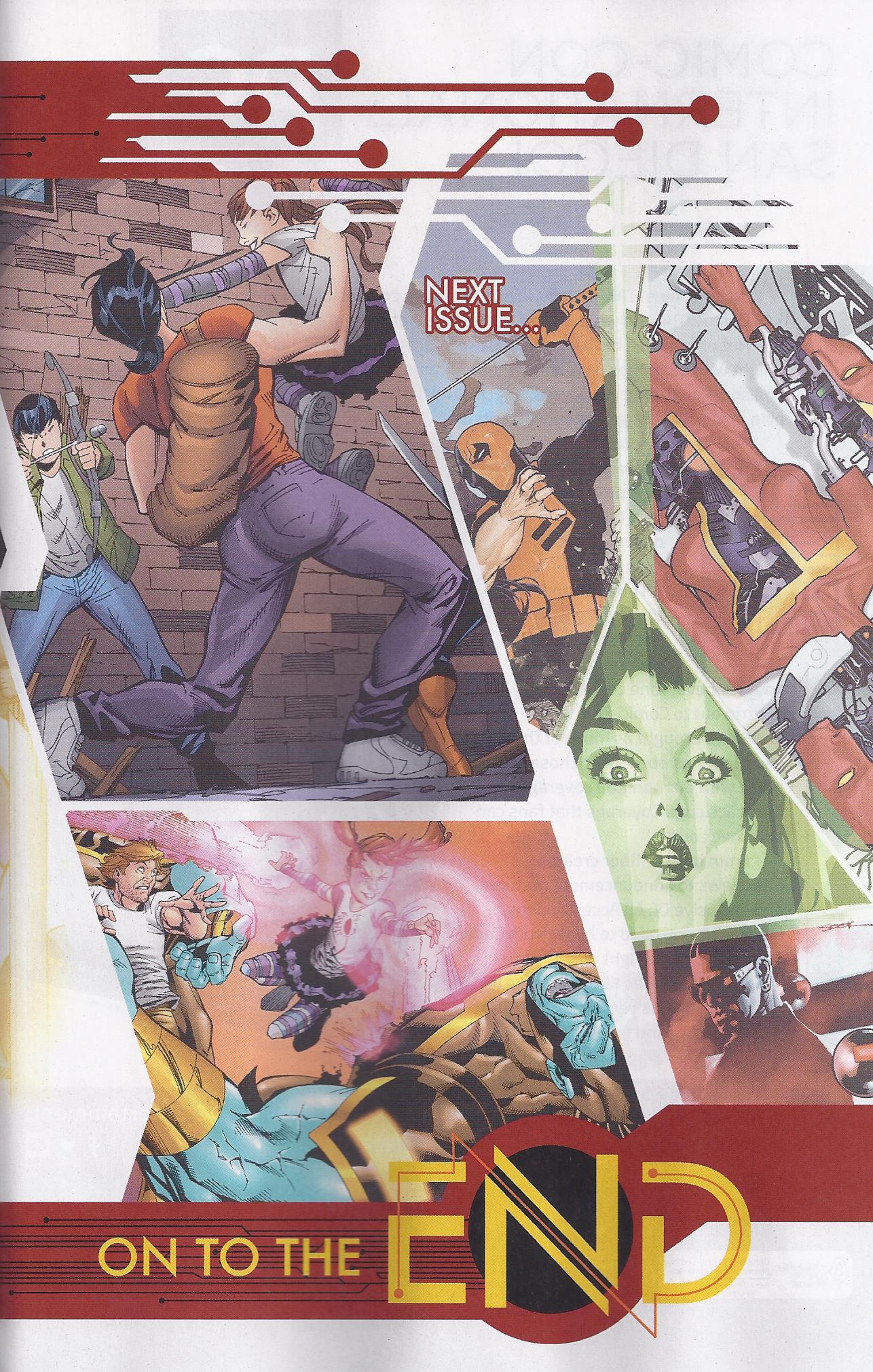