Original Sin #7 Spoilers & Review: Last Moments Of The Watcher Revealed?! Guardians Of The Galaxy’s Gamora Gets A Cover, But Low Marvel Now Profile?

Spoilers follow for events leading up to this week’s Original Sin #7. You have been warned! 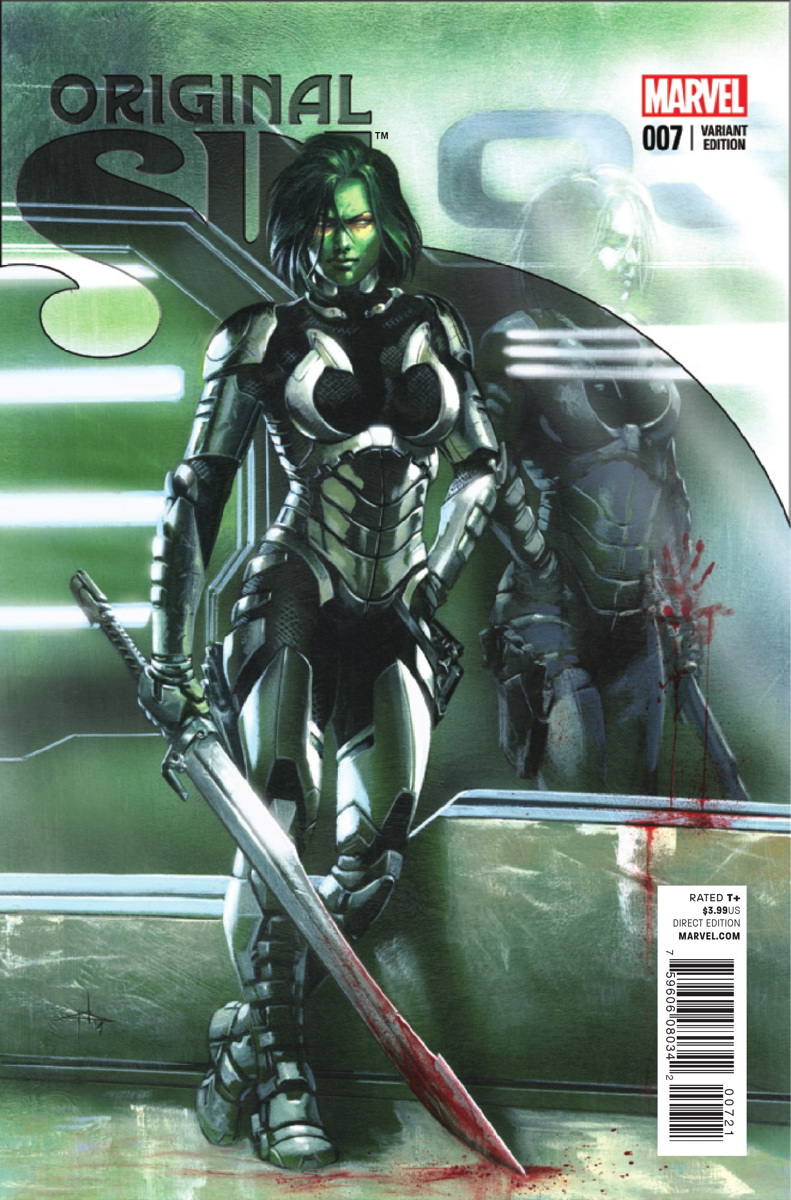 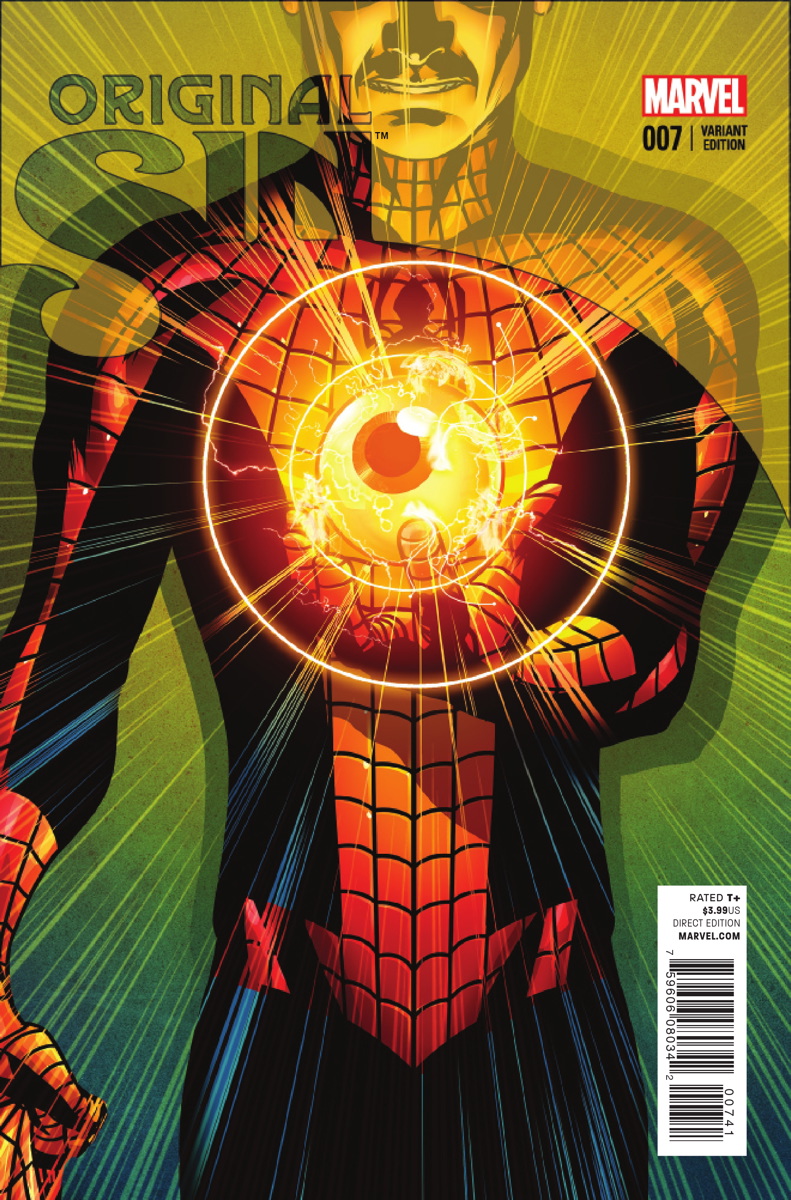 The most interesting parts of the issue are the flashbacks to what happened on the moon. It chronicles the events that led to The Watcher’s maiming and seeming death. It may not have been at Nick Fury Sr.’s hands. 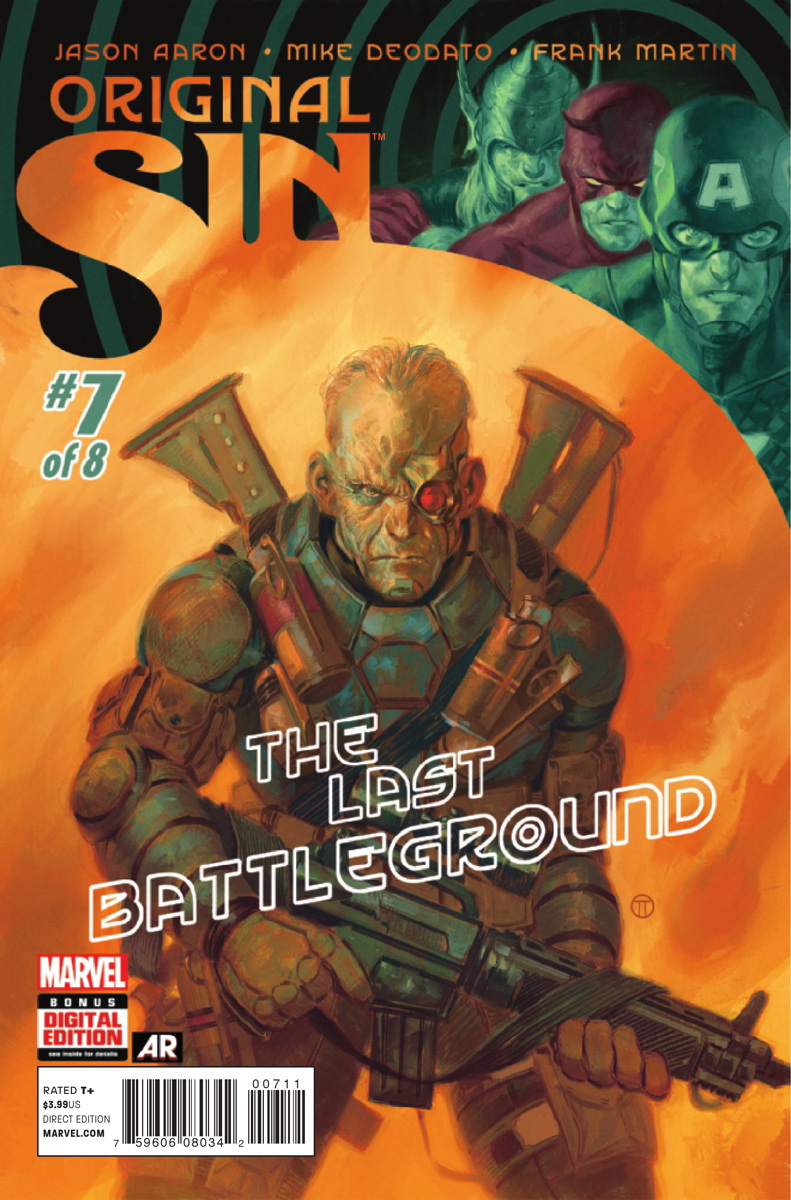 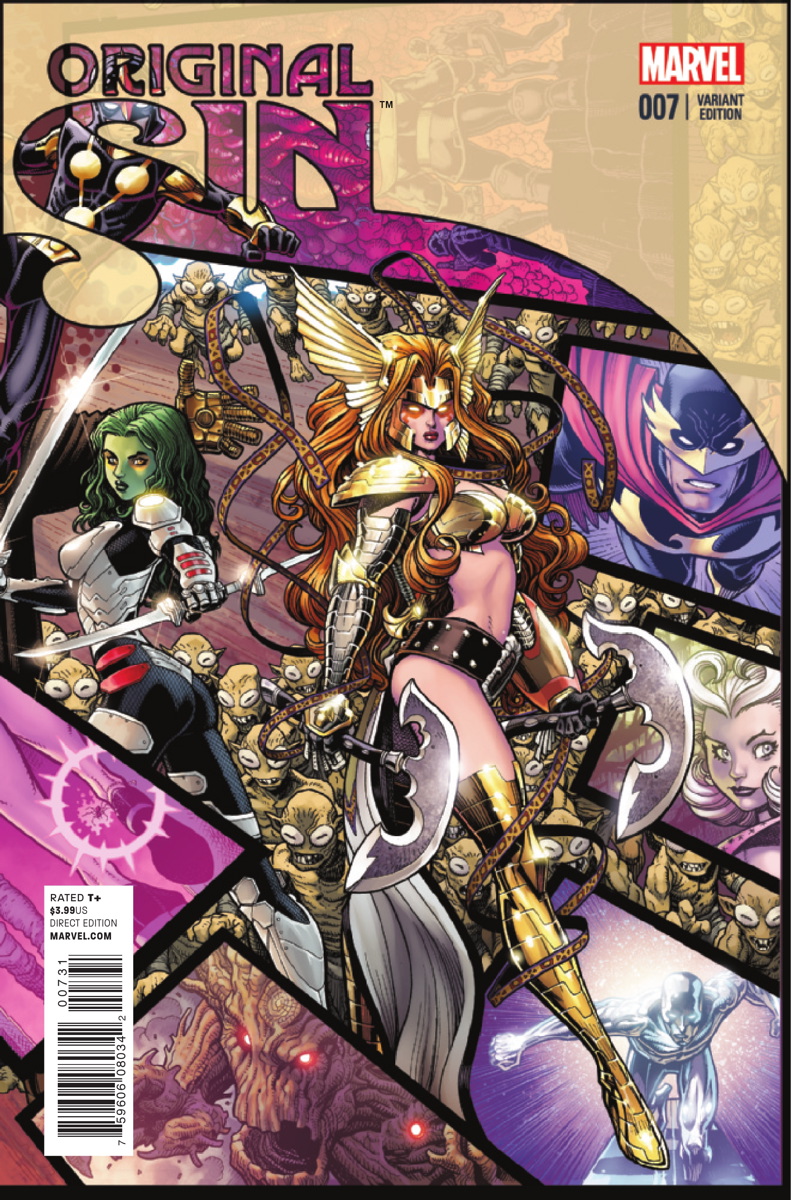 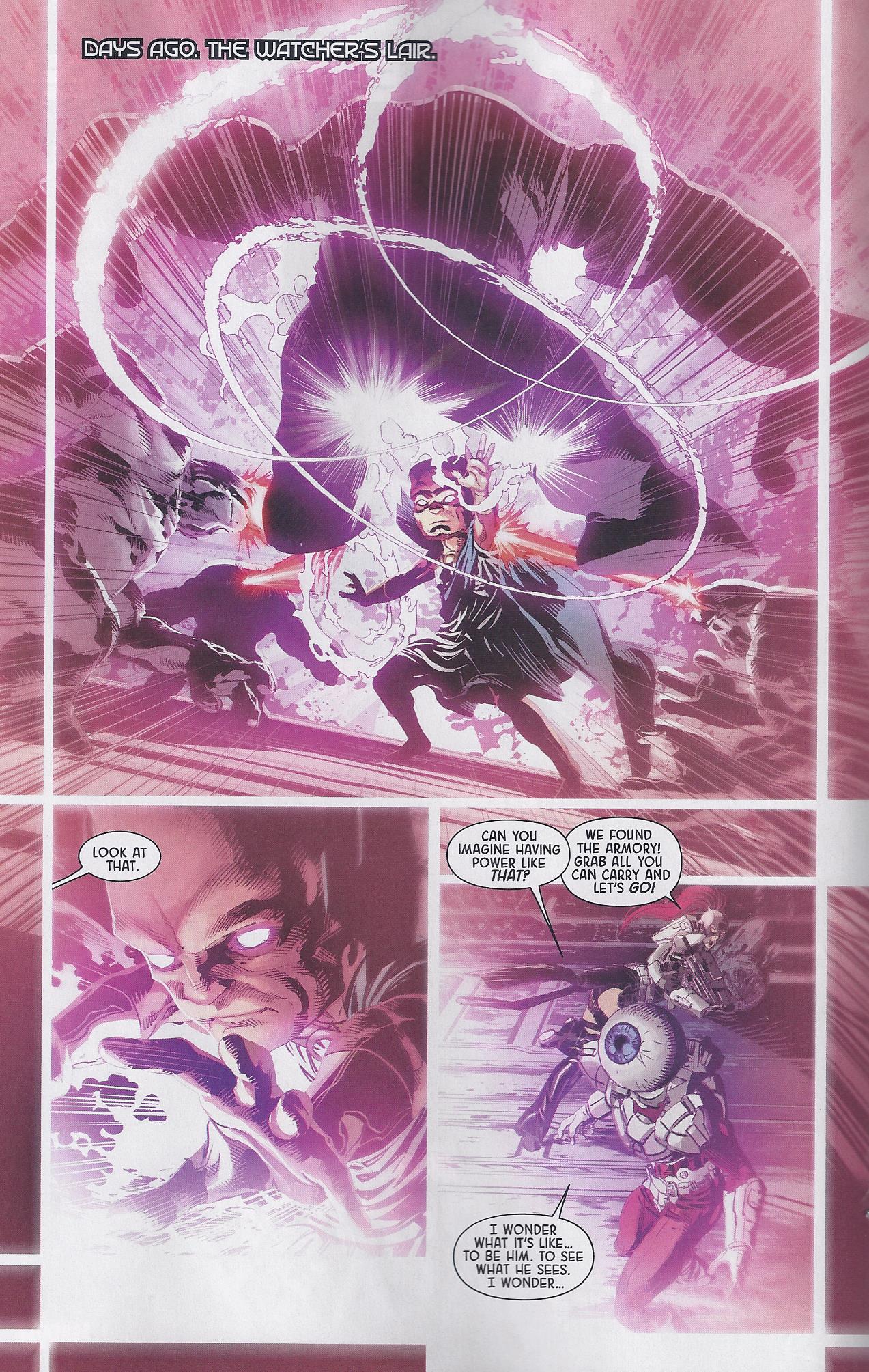 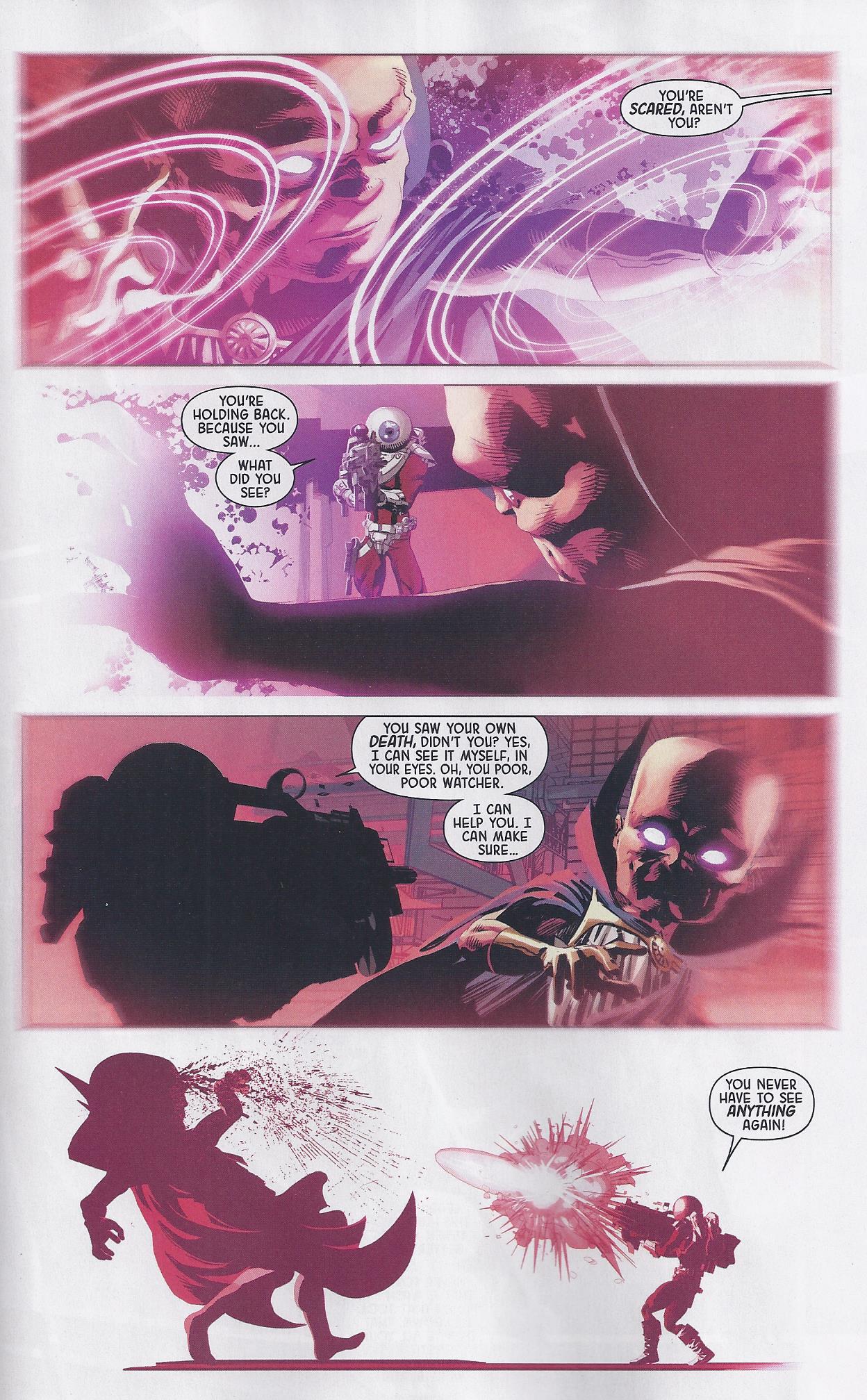 So, the Orb really is an all-powerful baddie? (P.S. I still can’t take a guy with an eyeball for a head a serious threat. Sorry Marvel.)

We also do get some modern-day scenes where Nick Fury Sr. only singlehandedly dispatches the Avengers while Dr. Midas and the Orb make their presences felt. 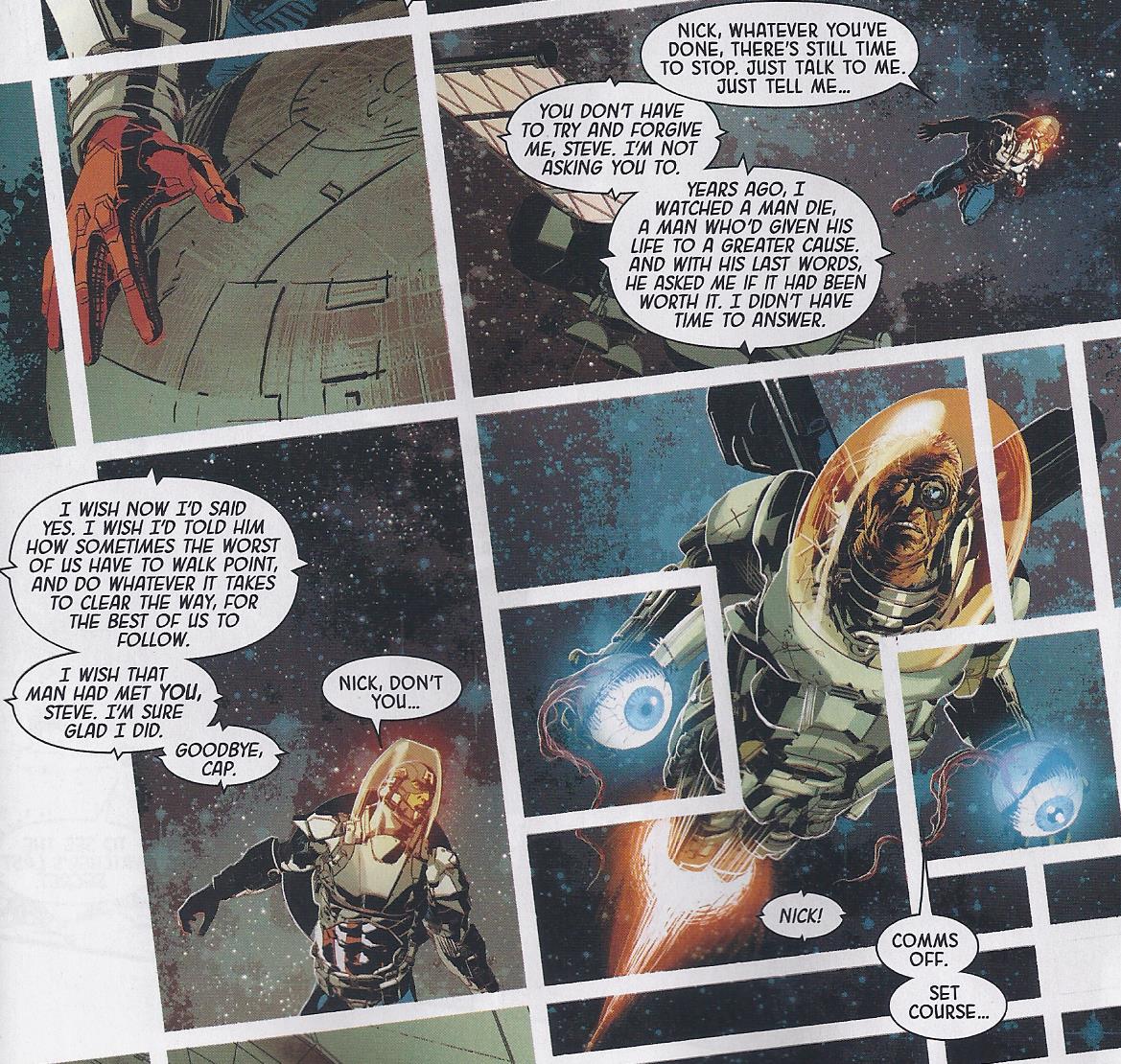 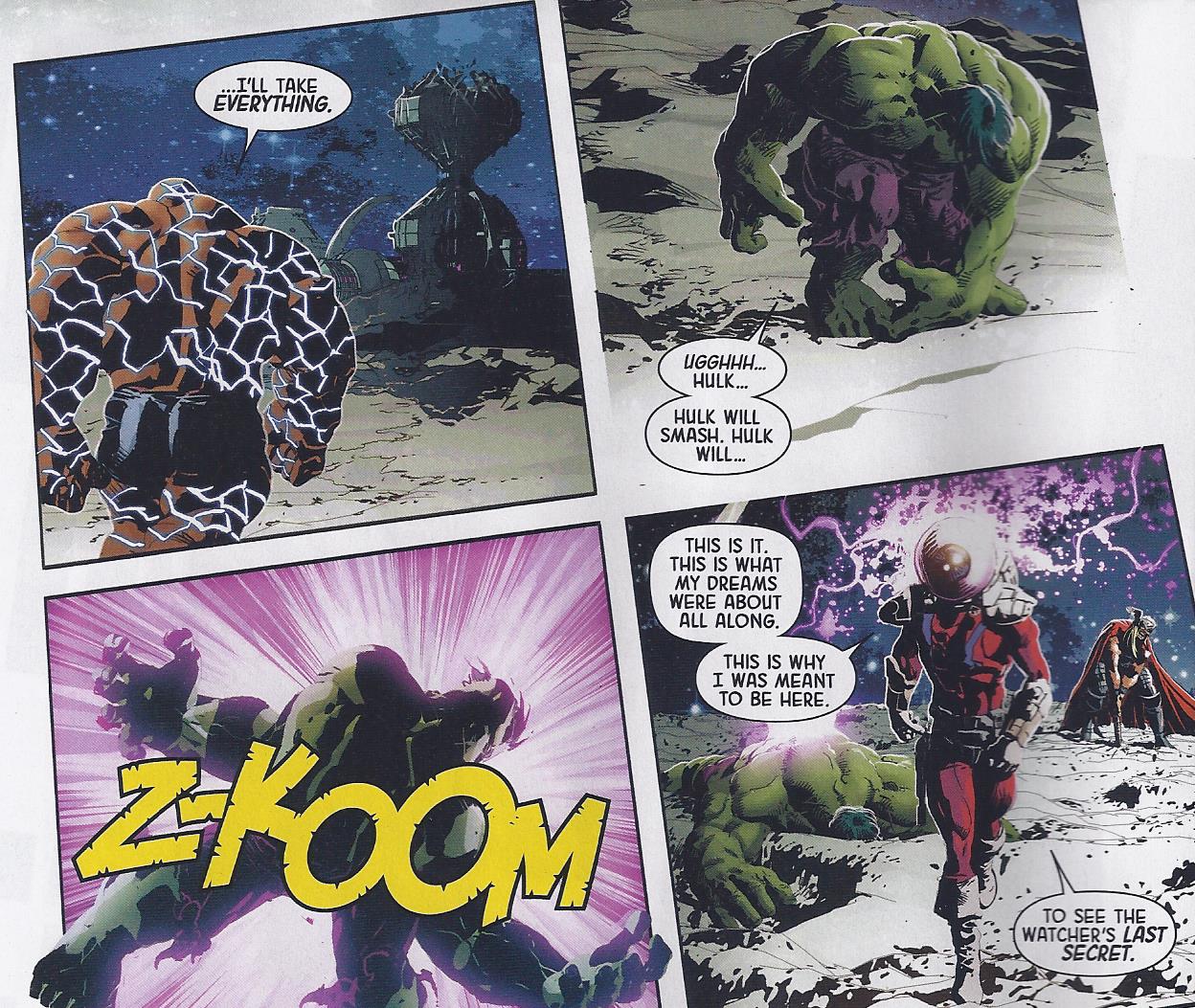 All roads lead to the moon where we also get a flashback to what Nick Fury Sr. did on the fateful day that The Watcher was maimed by the Orb. 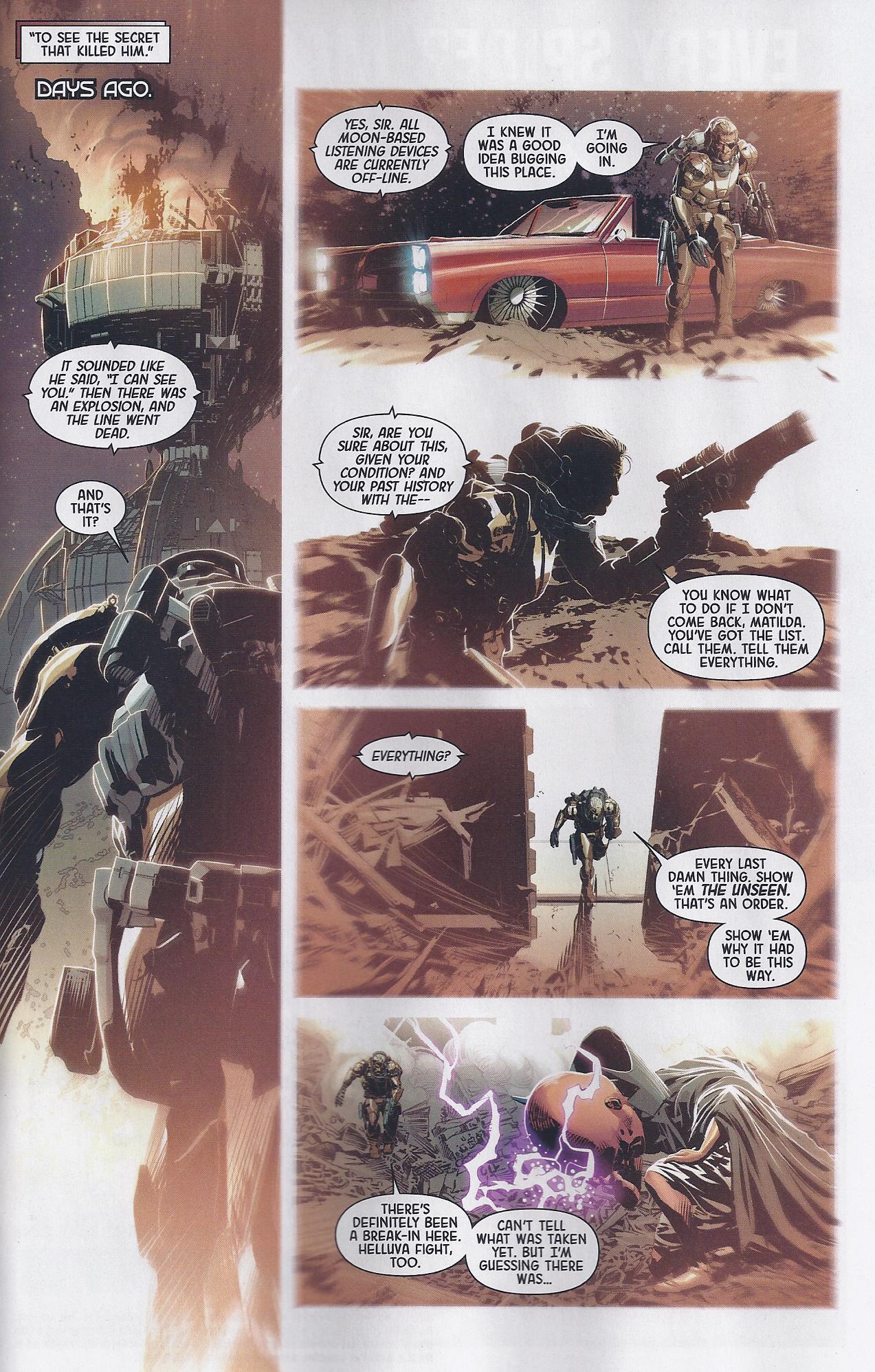 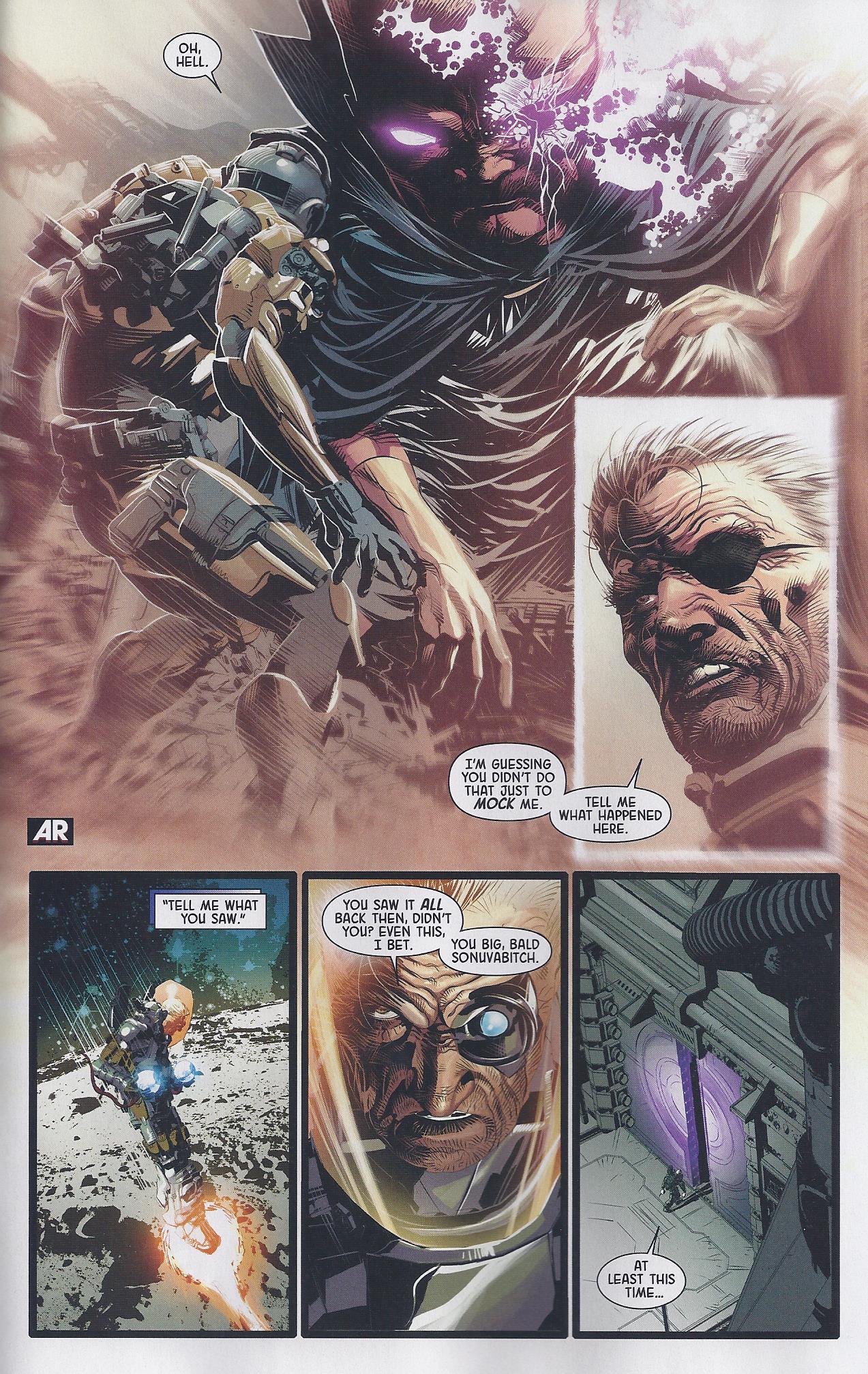 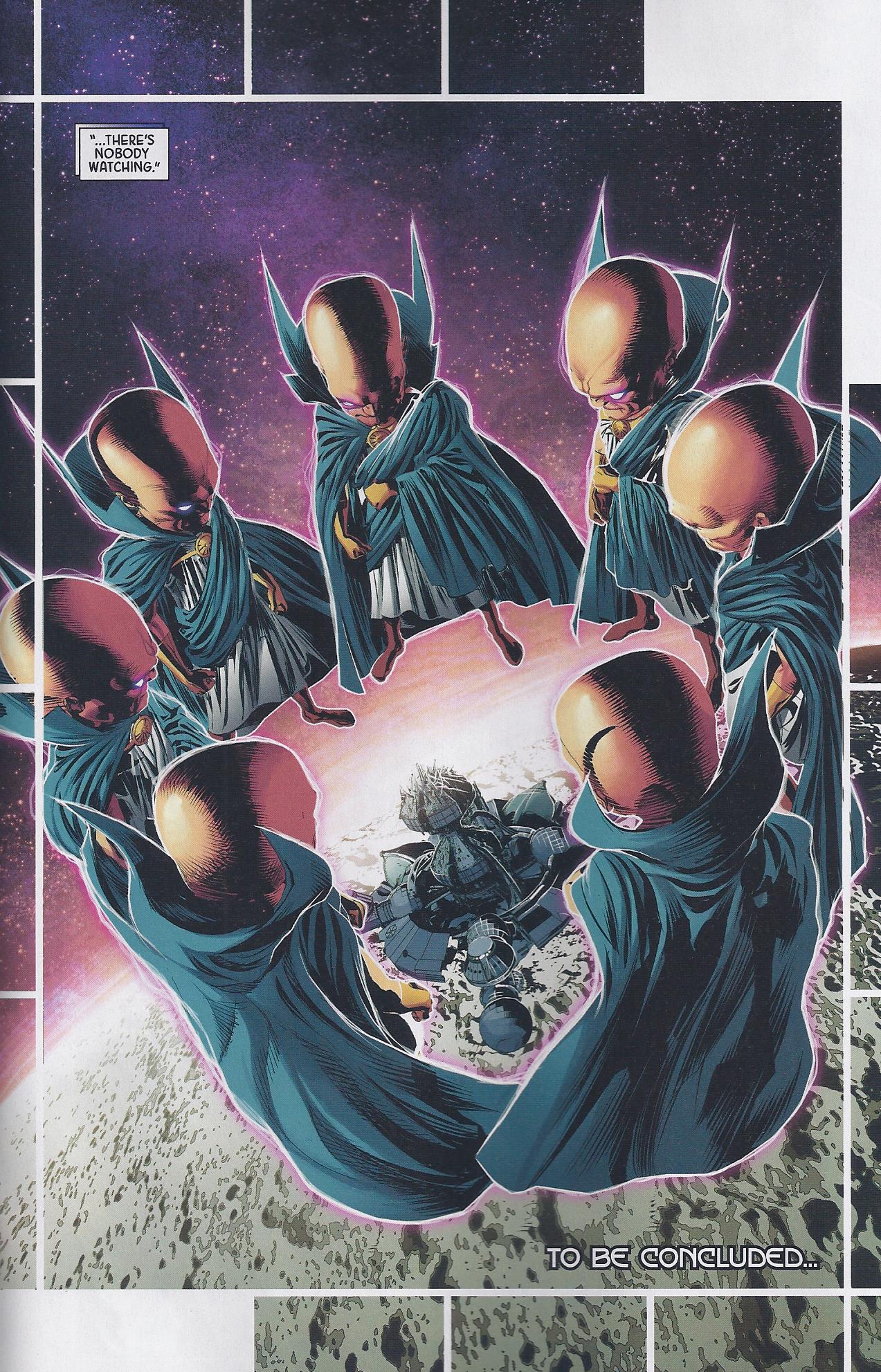 So, if not Nick Fury Sr., does Uatu’s fellow Watcher’s kill him?

Despite the Guardians if the Galaxy’s Gamora getting the variant cover treatment for the issue, she is a real non-factor within the book. No Howard the Duck either! ;)

Oh, and Marvel wants you to remember that in two weeks Original Sin #8 hits stands to wrap up this event… or does it? 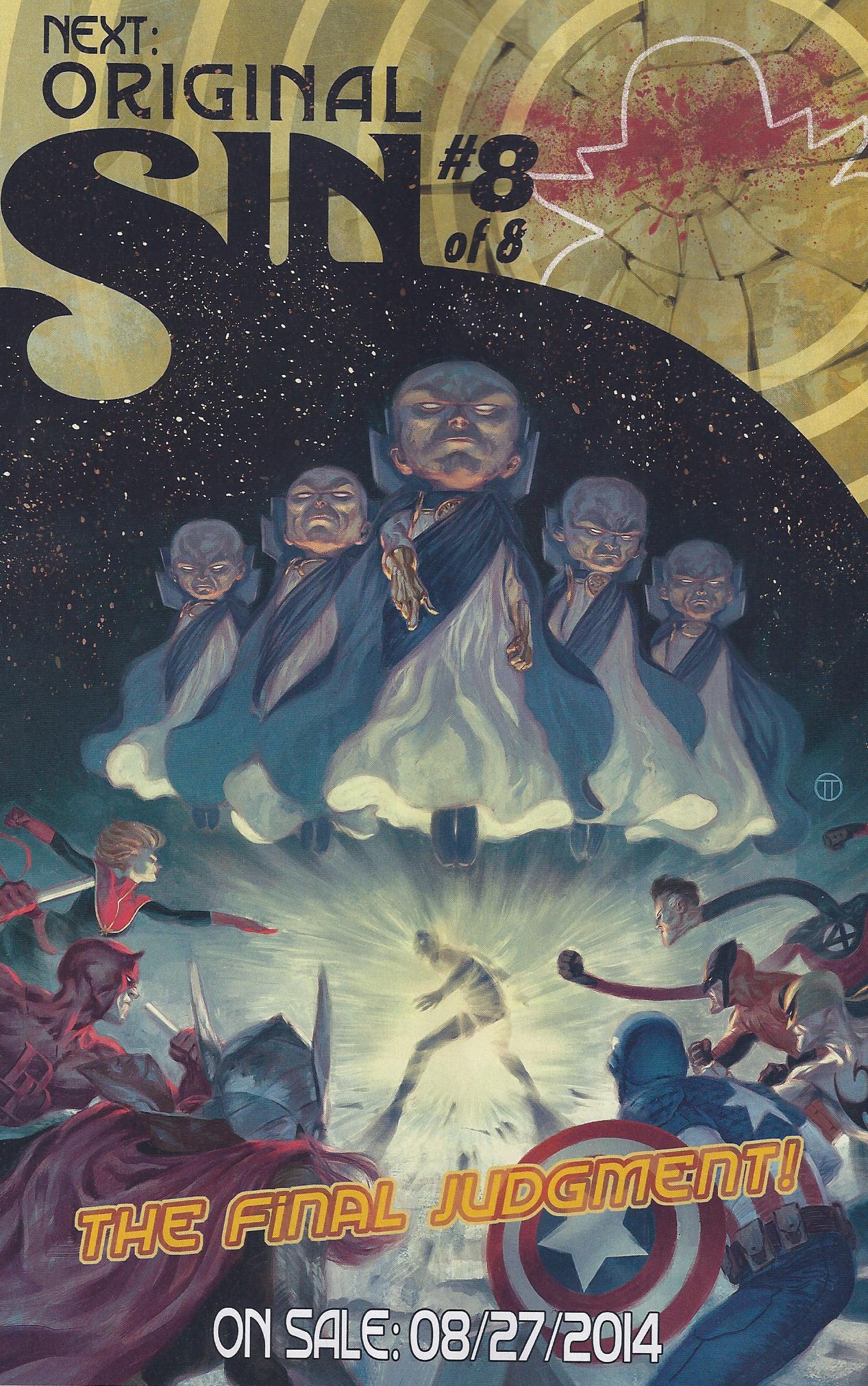 Overall, I liked frenetic pace of the book and the art continues to be high caliber. However, one person’s frenetic is another person’s jumbled convolution. I think you’ll either love or hate this issue; there will be no in-between. It is entertaining, but may not be for everyone; certainly shoving down readers’ throats villains like the Orb and Dr. Midas adds less credibility to the series as these characters have zero gravitas.