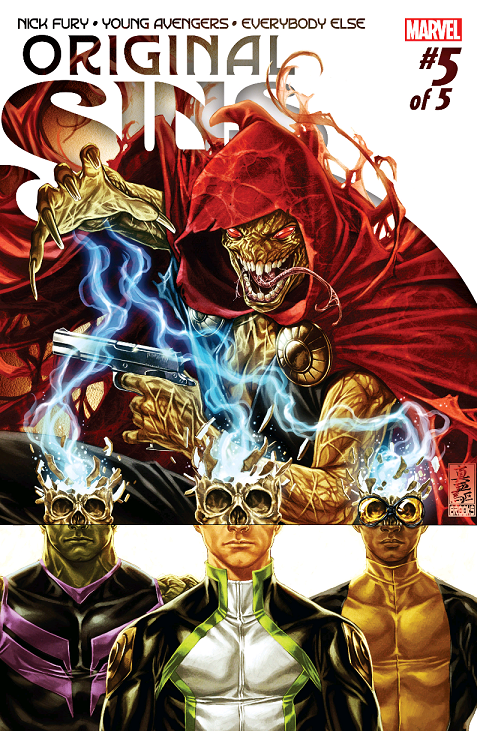 Just a quick note: Original Sins is an anthology book set during the Original Sin crossover. It is real easy to get this confused with the main series (which is Original Sin, not Sins).

Summary (contains spoilers): The first story in this anthology features Dum Dum Dugan going to see Nick Fury in his moon base during Original Sin issue 6. Dum Dum has found out that Nick Fury is dying because the Infinity Formula has worn off, so he offers to give Fury a blood transfusion to use the Infinity Formula in his system. Fury reveals that the real Dum Dum had died decades ago, and this Dum Dum was just a sophisticated Life Model Decoy. 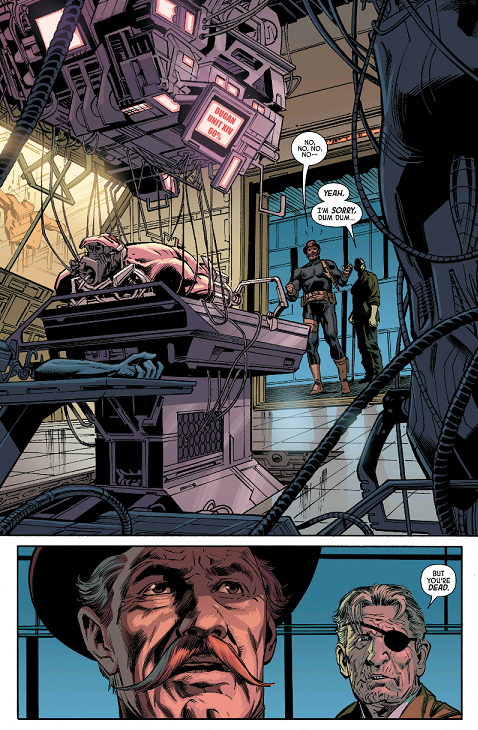 Fury says that he needed Dugan to be his conscience. Dum Dum calls that “the biggest load of crap that he ever heard” and tries to shoot Fury, but his programming would not allow him to do so. So he decides to kill himself, saying: 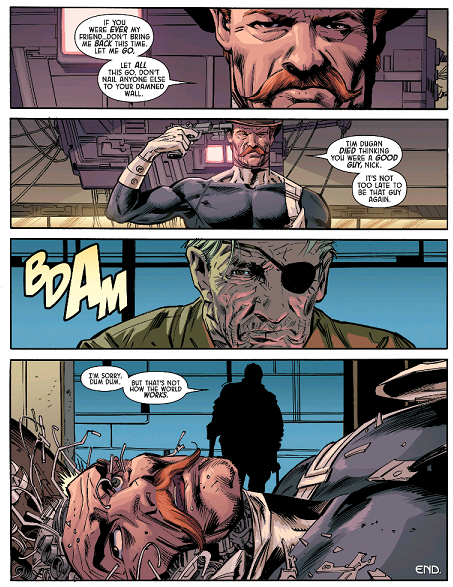 Review: I think this was probably my favorite story from this anthology. I am not sure this retcon about Dugan having been a LMD for the last several decades was neccessary, but I thought it worked real work in the context of the revelations of the main Original Sin series about Fury. I did love that Dugan called Fury out on a lot of his bullshit, which I thought was a long time coming.

I also loved that Butch Guice did a nice homage to Jim Steranko’s Fury stories from the 70’s. Even the psyadelic covers reminded me of Steranko! 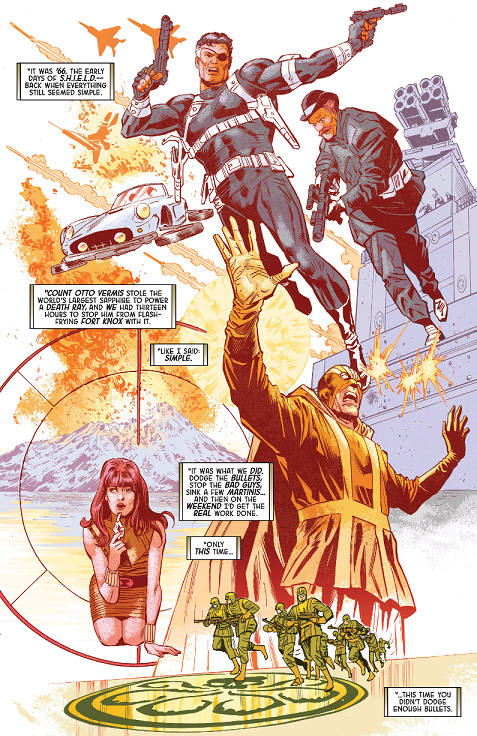 I should also say that is nice that Marvel got an artist on the level of Butch Guice to even do this book. Most of the time, anthologies seem to have throw away creative teams, but Marvel seemed determined to make this book worthwhile.

In the end, we find out that Prodigy had memorized a copy of the real decryption for himself, so he would have access to all of the Watcher’s secrets whenever he wanted.

Review: Once again, I thought this was the weakest part of this book. I did think the Young Avengers characters were written well, but the story itself just held no interest to me. I never felt like they were dealing with all that major a threat, and the “surprises” in the end felt very telegraphed. And I really doubt Marvel will do much with Prodigy having access to all the Watcher’s secrets.

If this was one or two chapters, I would have enjoyed it a lot more, but instead I can’t help but think there were three spots wasted on this story that could have gone to stories as good as the Deathlok or Dum Dum Dugan chapters.

The No-Sin Situation
by: Chip Zdarsky

Summary (contains spoilers): This was just a quick two-pager, out of continuity, with Marvel characters revealing their deepest and darkest secrets. 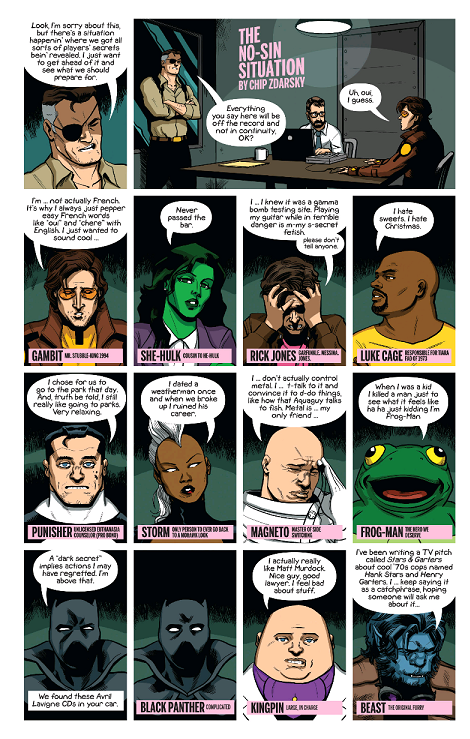 Review: Not a lot to this one, but I thought it was pretty funny. I especially loved when Luke Cage and Beast were making fun of their own catchphrases. And nice to see someone at Marvel actually remembers Frog Man! One of my first Spider-Man comics featured that goof ball!

Overall Review: I have always been a fan of anthology series, and unlike a lot of people (LOOKING AT YOU, GREY) I have been enjoying Original Sin quite a bit. I definitely thought this was a great companion book, and far better than similar books Marvel has done in the past.

As I have said a few times, I did think the Young Avengers story that continued through each issue did drag this book down some. BUT, the rest of the stories were all good to great. I even enjoyed all the silly two or three page cartoons that ended each issue.

All in all, I thought this was a worthwhile read, but if you don’t like Original Sin, you might feel otherwise.