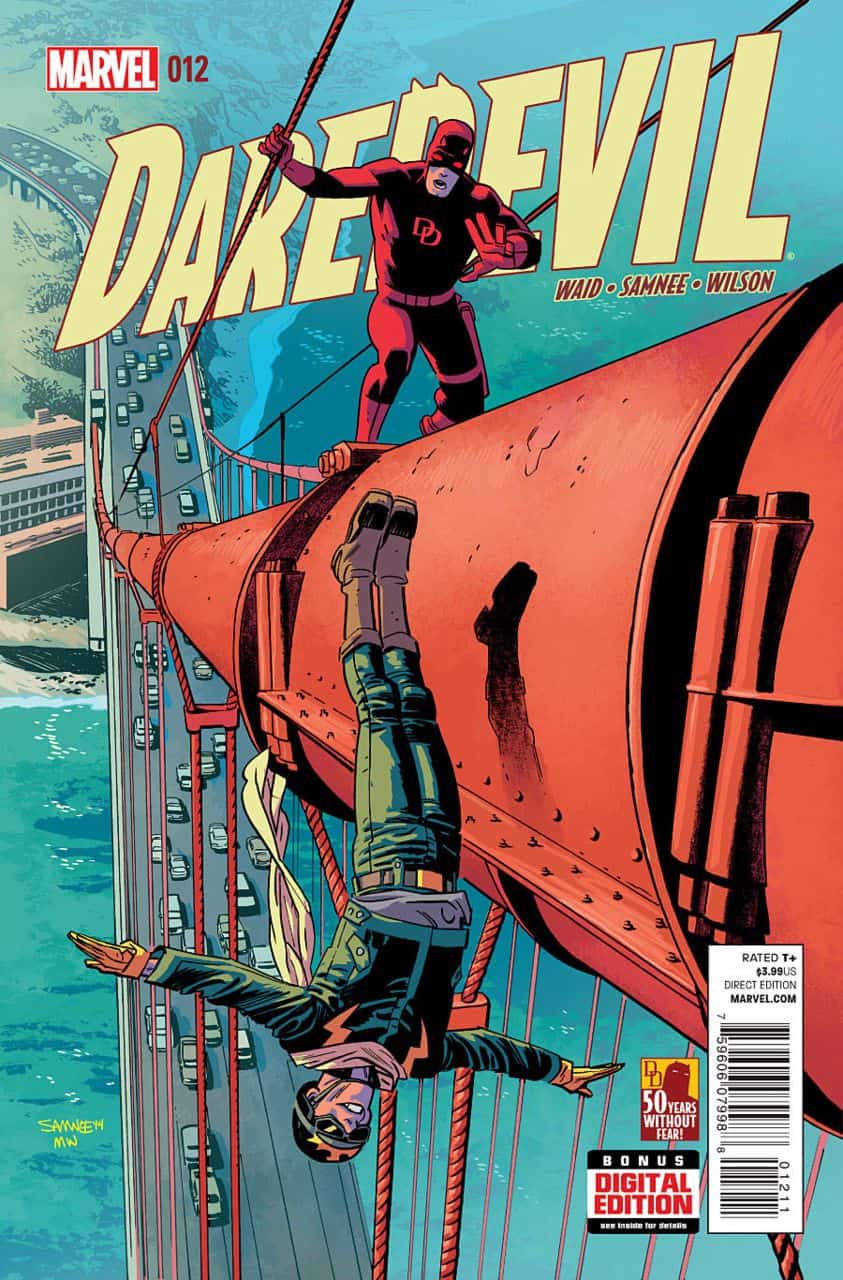 This was a very enjoyable issue. I still like how these old obscure villains continue to pop up in this series and really add some depth to the stories. When Stunt-Master was originally introduced back in the 60s or 70s and he was hired to go after Daredevil for the sum of…one thousand dollars. So to take a character like this and make him relevant in a new storyline makes the arc a win for me. The chase sequences were well done Samnee did some good work here. I liked how Kirsten isn’t the damsel in distress and can handle herself as she’s smart and resourceful. She’s good at both roles of complementing Matt and being a good foil for him at the same time. The conclusion of the storyline was very good. The set-up starting in the previous issue was well-done and helped make the reveal more of a disappointment (in a good way) for both the reader and the main character. Matt’s anger at the situation was justified, but what I liked was how he allowed himself to show disappointment. However, he showed some levity without it feeling contrived and that he was forcing himself to show everyone that he was okay. Matt is achieving some balance in his personal life and this has been believable because it’s been a slow burn. The healing journey of Matt has been ongoing since the beginning of the series (the actual beginning not the renumbering stuff). The silent expressions of Kirsten and Matt at the end were very well done and the whole sequence made the issue so much better for me. The creative team is so good at making intelligent stories and the plot of this 2 issue arc packed in more than what most 5-6 issue arcs do. This arc took a different turn than I expected, but that made me enjoy this issue even more.

After putting this issue down I realized that there is just one arc to go before Waid and company move on. Damn.

Buy It. This was another solid month and I liked the short arc. Waid is about the best thing to happen to Daredevil in a very long time. The character was so damaged and unreadable until he took the reins. Samnee does some really good work in this issue there were some pages that I really liked a lot. This series is smart and consistent and is currently the last Marvel title that I’m reading. I really hope that the character doesn’t take a dark turn again after the current creative team departs.