However, Grant Morrison’s The Multiversity #2, which was supposed to ship this week with New 52 Futures End and Earth 2 World’s End since it also sets up Convergence #0, has been delayed until April 29, 2015. We’ll see then how integral it is to Convergence.

Plus, no word yet on where and how Jim Lee’s WildCATS and Gen13 will debut during Convergence. 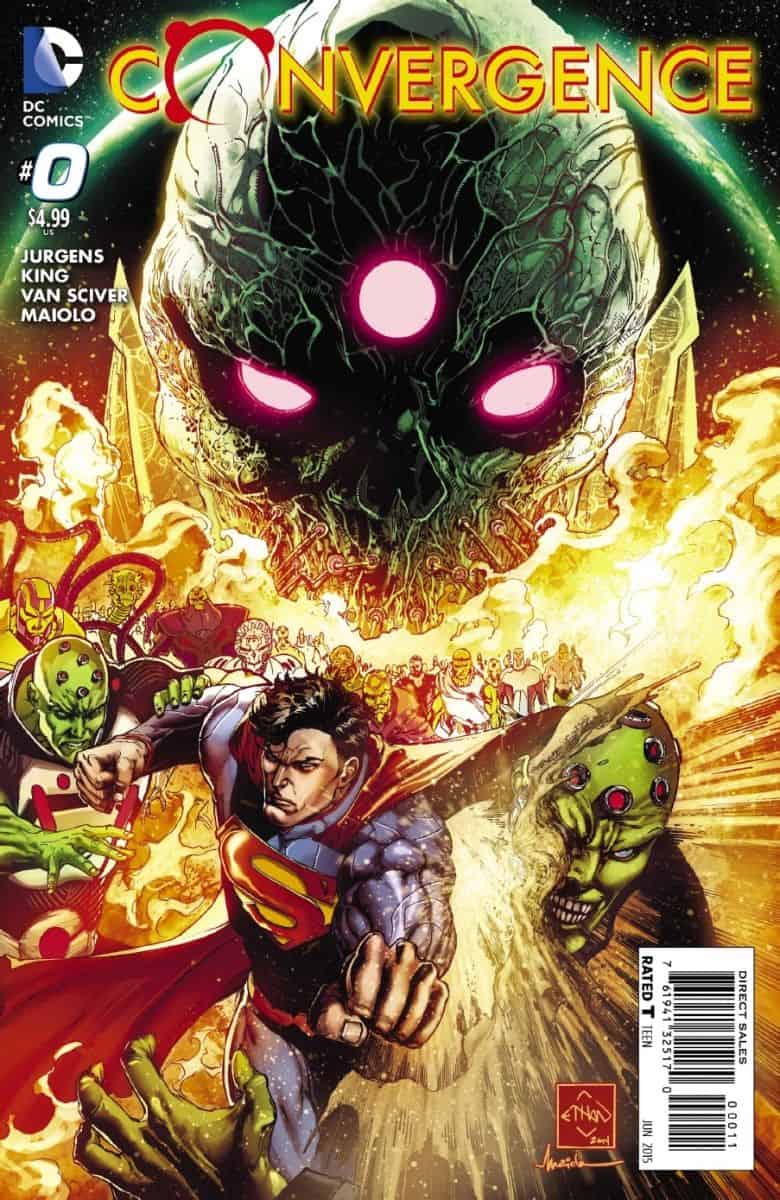 Spoilers and a review of DC Comics New 52 Futures End #48, Earth 2 World’s End #26 and Convergence #0 follow. They were hyped as tying into one another.

Darkseid wins, but Earth 2 is not destroyed. It is conquered.

And, the tie-in to Convergence #0 has either been overstated by DC Comics brass or unexplained here at best.

The futures is not utopian and Brother Eye won.

Like with Earth 2 World’s End #26, the connection or the lead-in nature of New 52 Futures End #48 to Convergence is not apparent.

The five covers to Convergence #0 are below.

Brainaic is no more or at best missing. Yet, the DC Comics New 52 Superman seems to be engaging with a Brainiac who morphs in and out of his old looks. Turns out it’s Telos, the new villain for Convergence. A lot of set-up for the weekly event in this issue. In addition, it remains unclear how New 52 Futures End #48 and Earth 2 World’s End #26 lead into or set-up Convergence. Time may tell. Awesome art by Ethan Van Sciver BTW folks! 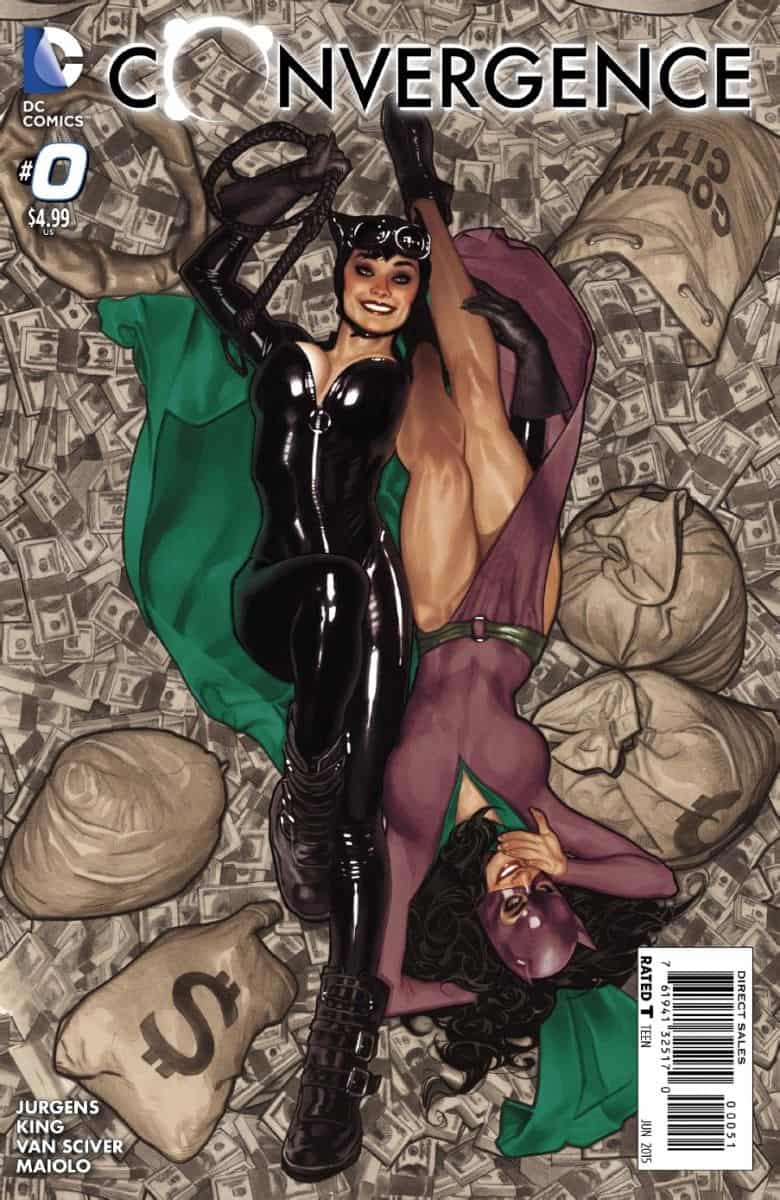 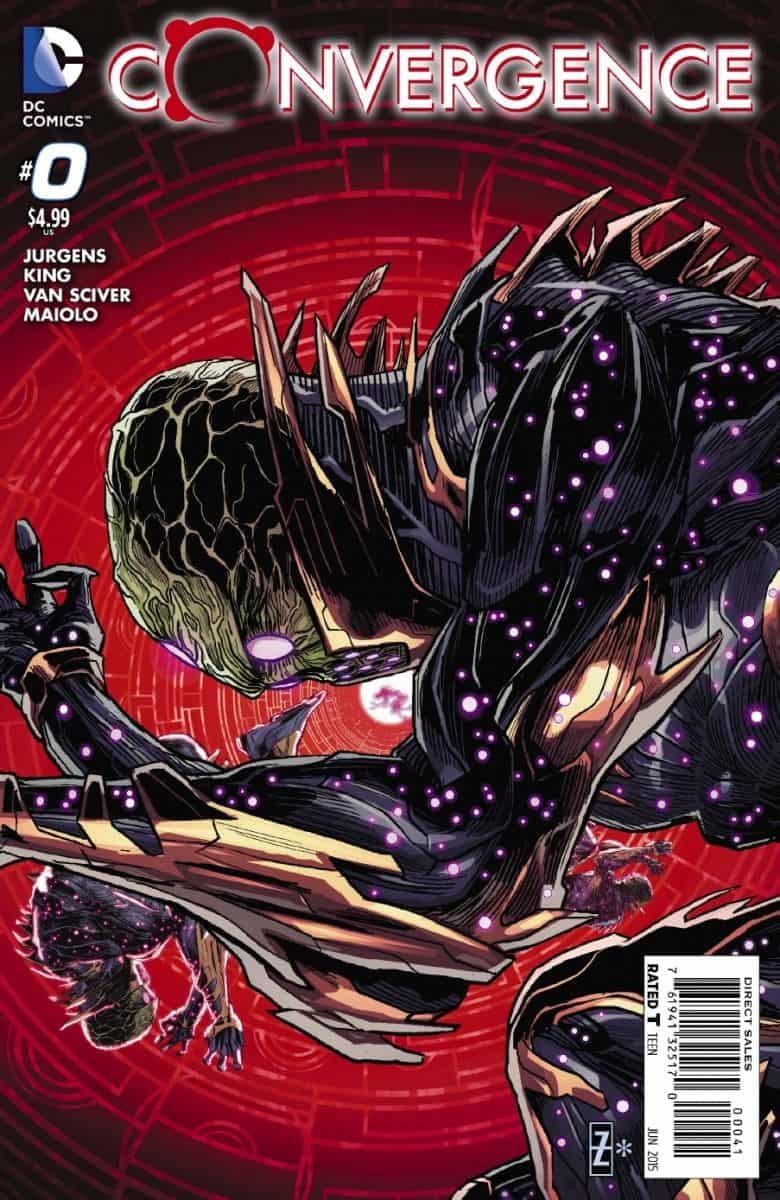 DC Comics & The Flash #780 Spoilers & Review: What Does Wally West Have That The Crime Syndicate Wants In War For Earth 3 Part 3?!