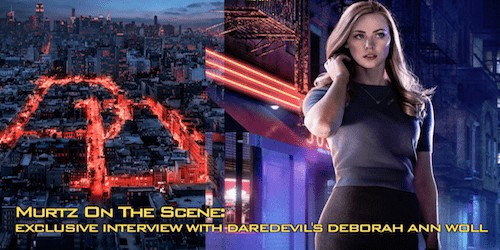 While there are many great things about Netflix (including the way that the web-streaming service has single-handedly revolutionized the way television is now consumed as its series are usually devoured in a single sitting), it’s the broadcaster’s commitment to developing outstanding original content that has left both industry insiders and audiences in awe.

Netflix’s latest offering is its interpretation of the Daredevil franchise. Adapted directly from the Marvel comic books, Matt Murdock (Charlie Cox) plays a lawyer who, as a child, is left blinded by a car accident. As he matures, Murdock develops an affinity for fighting crime and seeks to protect his city from everything and everyone who plagues it. While audiences have already seen the plot play out in the 2003 movie starring Ben Affleck, the Netflix adaptation is completely unique and infuses powerful elements of grit and darkness that seem to be the norm in recent comic adaptations that include Gotham and The Flash.

The show boasts a star-studded cast and will likely turn Charlie Cox (Boardwalk Empire), into a household name. The actor is able to walk the fine line between making Murdock relatable while also effectively capturing the emotion in becoming the hero that he was always destined to be.

Cox is joined by affable Elden Henson (who plays his Murdock’s best friend and law partner Foggy Nelson) and Deborah Ann Woll (who plays the duo’s secretary Karen Page) while also assuming the top of the inevitable love triangle that will ensue between the trio.

I recently caught up with Woll to discuss the series. The actress has been a longtime favorite of mine and it was nice to finally get the chance to discuss her work. We talk about a variety of topics including how the characters she plays almost always seem to make memorable debuts (both in True Blood and now in Daredevil). We also chat about the differences in playing a character who is outfitted with superpowers and one who seems to be more of the girl next door. The actress discusses how we are currently in the golden age of comic book adaptations for the small screen and why shows like Arrow, The Flash, and Gotham seem to have resonated with audiences as much as they have. Woll discusses the previous adaptations of Karen Page and if her take on the character was influenced by any previous portrayals. Deborah also talks about the aforementioned love triangle between Karen/Matt/Foggy and if this is something that will play out over the course of the first season. Finally we joke about her obsession with Dungeons & Dragons!

Daredevil is currently streaming on Netflix.