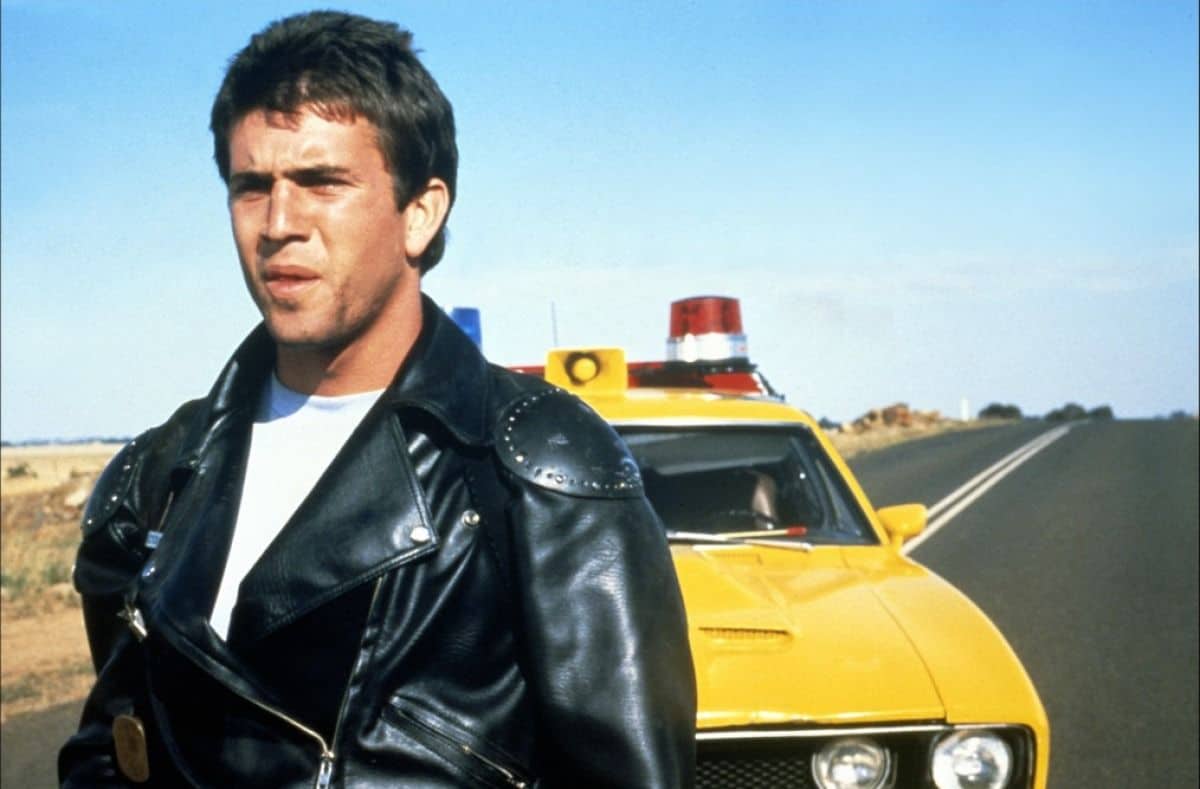 Mad Max predicted the end of civilization while it proved to be the end of two institutions. The amazing documentary Not Quite Hollywood pointed out that Mad Max was the ultimate film from Australia’s Ozploitation era. The movie also was the last massive hit for American International Pictures, the distributor that dominated American exploitation for 25 years. The little movie that barely cost $400,000 made $100 million in the USA alone. The box office explosion shot Mel Gibson into the galaxy of stars. It inspired two sequels with Mel and now Mad Max Fury Road is hitting the big screen with Tom Hardy as the new Max. Mad Max: Collector’s Edition takes us back to those early days when urban decay and punks on motorcycles were crumbling the foundation of society.

Thanks to austerity moves, the police force must survive in the remains of a station that barely stands straight up. The cops are badly outnumbered by a wave of outlaws who realize there’s little to keep them on the straight and narrow. They have no reason to hold back since they know that even if the cops catch them, they’ll be free shortly since there’s no walls behind the bars. Sure the legal system has broken down, but thankfully there’s one cop who still wants to keep the streets free of tweaked out speed freaks. That man is Max Rockatansky (The Beaver‘s Mel Gibson). Right off the bat you know he means business when there’s a pursuit of a supercharged muscle car driven by the Night Rider. He’s screaming on his CB radio like Wolfman Jack jacked up with his girlfriend in the passenger seat. It looks like he’s going to get away. And then Max gets on his bumper and it all ends in an explosions. This really ticks off the Night Rider’s motorcycle gang known as The Acolytes. They’re led by the outrageous Toecutter (Farscape‘s Hugh Keays-Byrne). He wants to take out all the cops. But can he really get to Max?

Max sees that he’s in a completely thankless and dangerous job. What’s the point of being a cop in a world on the verge of going to Hell? He’s ready to quit and disappear into the private life with his wife (Joanne Samuel) and child. But can he really stop being a cop since the Toecutter and his gang aren’t ready to send him a retirement gift. The Acolytes come after him hard. Forget humanity surviving the entropy, can Max’s soul escape this hell ride on Aussie asphalt.

The car and motorcycle action of Mad Max still holds up as breathtaking metal carnage. Even by today’s Fast and Furious standards, the chases are a rush. They’re even better since they’re not augmented with CGI. People are flying through the air and explosions are tearing up the roads for real. Hugh Keays-Byrne’s proves to be an amazing villain as he terrorizes the countryside and Max. You do get to choose between the original Australian soundtrack and Sam Arkoff’s American dub. Many people thought the dub was stupid, but the movie grossed a fortune at the box office in America. Mad Max is an exploitation cinema masterpiece that deserved to close the doors at American International Pictures.

The video is 2.35:1 anamorphic. The transfer brings out the dirty aspects of a society falling apart. The audio features Australian 5.1 Surround DTS-HDS Master Audio and 2.0 Sterioe DTS-HDS Master Audio. The American dubbed track is Mono DTS-HD MAster Audio. You’ll want to go with the Australian simply because the US original mix did a bad job with the score and sound effects levels. The movie is subtitled.

Interviews With Mel Gibson, Joanne Samuel And Director Of Photography David Eggby (26:27) let the stars and camera guy discuss working on the film that made them stars. It’s strange to think the George Miller hadn’t made a feature film before Mad Max. Mel loves telling the tale of how he landed the part. He was slated to play a biker.

Mel Gibson: The Birth Of A Superstar (16:43) deals with Mel’s big break with people from his past. This is a great primer of what Mel did before he made Air America.

Mad Max: The Film Phenomenon (25:35) lets people tell discuss how the movie changed the Australian film scene. The big focus is on the amazing car chase scenes. This was made in 2001, but it feels like 1991.

TV Spots (1:26) seems to be from syndication TV broadcasts since Mel is already a superstar.

Photo Galleries (8:47) have promotional photos and the lobby cards from around the world.

Mad Max: Collector’s Edition finally delivers the goods since Mel talks about his role. The film is enthralling bleakness at 150 mph. In the last few weeks Scream Factory has put out three of the best dystopian flicks with Class of 1984, Escape From New York and now Mad Max. That’s a triple feature that needs to be the centerpiece of any summer film marathon.