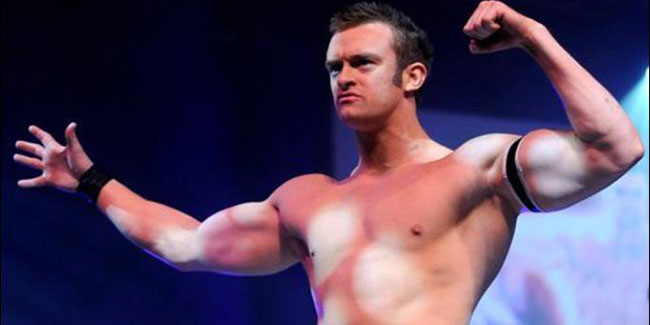 In an a recent interview, Former TNA champion Magnus spoke about criticism that Dixie Carter gets from wrestling fans, as well as the show’s move to Destination America. Here are highlights:

On TNA returning to Orlando and the look of the product
I really do like the new set that we have in Orlando, I thought in a lot of ways that although Orlando can be a very polarizing subject with a lot of fans in a sense that it has been our home for a long time and that we left and came back that sometimes the quality of the audience is sometimes questioned. I thought that the last set of tapings that we did in Orlando was some really good stuff and I thought overall the product looked great. Even though I thought it was cool to be in the at the Manhattan Center, I wasn’t in love with the look of the entrance and the quality. I’ve always been a big entrance guy, I guess you can call it being more of a sports entertainment guy. I’m 28 and I was in that generation where entrances were half the product. It was such an important thing and I think that for me we tend to pay a little too close attention to the fans that are going to be there regardless and not to disparage those fans because we appreciate them, but I sometimes think that we take their feedback so seriously that we forget the feedback of the casual audience which is really the difference between WWE and everyone else. The amount of people watching WWE who are burying it or saying that I hate this or that are the ones who watch WWE no matter what and everyone else are the people who are just going to watch at this point in time. For those viewers you get two minutes to make an impression and if you have a great set and look then it gives you a better chance to build your audience.

On Impact moving to Destination America
As far as Destination America, they are a young network. Their big concern and motivation is to build that network and the viewers and drive eyeballs since they are a part of Discovery. There was a lot of discussion, where they were very clear with everyone that it was going to be a re-set and that we are going to all have to build the thing. I tweeted after one of the Bell 2 Bell shows that I was on and that I felt was very good and I said if you watch that from an objective standpoint and take away the stigma that has been attached to TNA in recent years because of all the changes, you could compare that to any wrestling show on television. We are building this from the ground up again and at the end of the day that’s all we are paid to do and that is drive viewers to the show.

On his relationship with Dixie Carter and the criticism she receives from fans
I don’t know why but I have always seemed to have been always associated with Dixie by people “in the know”. Obviously prior to being included with her in a storyline, but even that was probably driven by the fact there was an association because this whole thing about her discovering me was blown a little bit out of proportion. It is somewhat true because I didn’t send it tapes or go for a tryout, I was found by them (TNA) and asked how do you feel about coming to work for us and be a part of our show? I was 21 years old so of course I said, “yeah that sounds great”. I did have a public profile and they were boasting on the fact the UK was just starting to blossom into a very strong market for them and I helped build that market to where it is today and I have no problem saying that.

You won’t find me saying anything negative about Dixie. At the end of the day she has helped me make a very nice living for a number of years at this point. That to me is the most important thing, when you are a pro wrestler your whole life is a gamble. Sometimes you forget with the other crap that goes on in the business that you say that for the amount of days that I work that it’s a pretty nice life. I have made a point that after my son was point to say that I have all this time to be with him and be able to do that based on the contract I have with Dixie’s company and because of her faith in me. She stuck with me when I first started and needed a lot of work but I held up my end of the deal, it’s a two way street. They give you a contract and hold up their end of the deal and pay you a nice living to do it and you hold up your end of the deal and that’s how it works. Mickie (James) and I just had a conversation about this recently, no matter what is said about her (Dixie’s) experience, she may have listened to the wrong people from time to time and made a few questionable decisions based on some influence but so has Vince McMahon and Eric Bischoff as well as every other promoter has at some point. Nobody has shot and scored with every single play and sometimes I think TNA is just under such a heavy microscope as opposed to others. As a person she genuinely cares for all of her talent and is always available and that goes a long way as the owner.